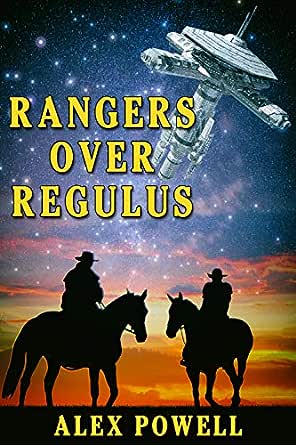 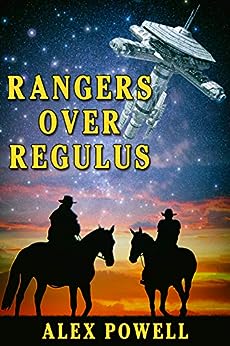 Kindle Customer
5.0 out of 5 stars Space western
Reviewed in the United States on November 1, 2013
Verified Purchase
Lots of fun. A Ranger, horse, and a vampire along with a power mad woman for a bad "guy". Took a chance on an author unknown to me and found a fun time to be had by all.
Read more
One person found this helpful
Helpful
Comment Report abuse

Rina
5.0 out of 5 stars Loved the unique setting and characters
Reviewed in the United States on September 12, 2016
4.5* Review written for Love Bytes Reviews.

Liberty has spent the last fifty years living on the fringes of occupied space in order to survive. Recruited and forced to work for Jane, the woman in charge of the station he’s living on, Liberty hates that he has no choice but sees no other option for himself other than death. When a Ranger unexpectedly shows up to survey the station, his appearance stirs up more than just Jane’s animosity; he also catches Liberty’s eye. Trapped between a rock and a hard place, Liberty finds himself with a difficult choice; take a stand against the tyranny running rampant on the station and chance being killed or side with the Ranger that makes him feel something other than the need for his own survival. Either way, there’s no way Liberty will be coming out unscathed.

With such a minimal blurb to go on, it was kind of a chance to read this one but I’m really glad I did! :) This story was a blending of science fiction and western elements which I found intriguing and, even better, the author managed to pull it off successfully. I liked the entire story from start to finish and barely put it down the entire time I was reading; the setting was interesting and I was happily drawn into the world the author had created.

The characters were great, too. Liberty was both your typical vampire and yet so very different. He claims to be a monster yet has more morals than a lot of the people in the station where he lives. The Ranger, Rory, could also be considered a monster by today’s standards with all of the implants and tech he’s riddled with. Going against the norm in what most people would do when faced with a vampire, he doesn’t see Liberty as a monster and doesn’t feel the need to either kill him or experiment on him. I liked these two together quite a bit and could see a great partnership coming out of their acquaintance. I do wish there had been a bit more switching up of roles when they were together but those scenes were still good so I didn’t mind too much.

The story itself was paced really well and was completely entertaining and my only complaint is that I wish there was more! This was a decent sized book but I can’t help but want more of these characters and this universe. I’ve enjoyed both books I’ve read by this author so far so if you like science fiction, you might want to give them both a look. If you want something with a bit of a paranormal flair, however, I’d certainly recommend this one.

Elisa
5.0 out of 5 stars 2014 Rainbow Awards Honorable Mention
Reviewed in the United States on October 4, 2015
Very impressed with this sci-fi story about a vampire, a ranger, and how two very different people came together to do right a 'disastrous' wrong.

Cowboys and robbers in space. A bit robotic technology in the mix to get a sweet entertaining story of wild wild future.
Read more
Helpful
Comment Report abuse
See all reviews from the United States