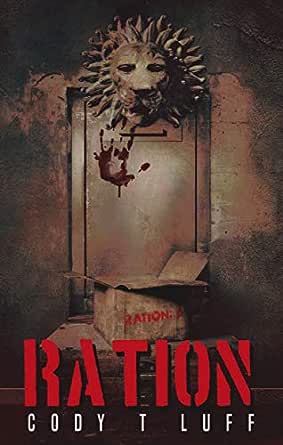 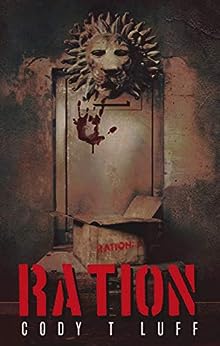 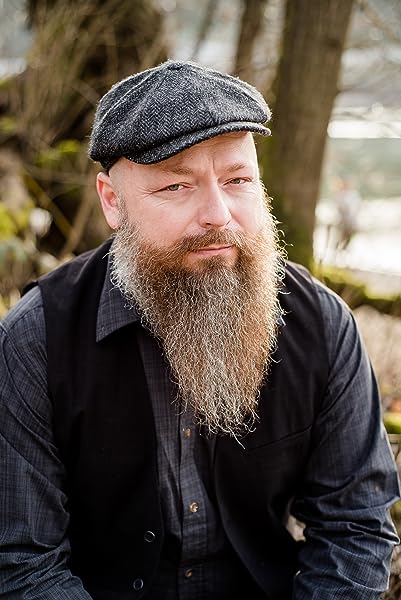 "Cody Luff focuses a keen and perceptive eye on a dark future, imagining a world where survival impacts and exacerbates social pressures and human behavior. In Ration, he's found an interesting spot to take a pulse on a world we can recognize, perhaps too easily. Luff is a fresh, unique speculative voice who brings both imagination and meaning to his exploration of life and the human spirit."
-- Sidney Williams, author of Disciples of the Serpent

"Cody Luff's debut RATION is creepy, sci-lit brilliance. He administers a slow, suspenseful drip of horror, that grows like a pool of black ink until we are all part of his world. I will never forget this peculiar, stunning debut."
-- tammy lynne stoner, award-winning author of Sugar Land

"Ration presents a world cloaked in a particular darkness--exploited women, bleeding bodies, empty bellies, fear, and survival. It is a testament to Cody Luff's skill as a writer that a pervasive sense of compassion runs just beneath the surface of this horrific tale. A chilling, visceral novel, written from the heart."
-- Mo Daviau, author of Every Anxious Wave

"Reader, you're not ready for RATION. But it's time."
-- Jamie Yourdon, author of Froelich's Ladder

Cody teaches at Portland Community College and works as a story editor. He completed an intensive MFA in Creative Writing from Goddard College. Cody grew up listening to stories in his grandfather s barber shop as he shined shoes, stories told to him at bedsides and on front porches, deep in his father s favorite woods, and in the cabs of pickup trucks on lonely dirt roads. Cody s work explores those things both small and wondrous that move the soul, whether they be deeply real or strikingly surreal.

Camperman
5.0 out of 5 stars Taut, tense, and brilliant story telling
Reviewed in the United States on December 16, 2019
Verified Purchase
I had to read this during the daylight hours. The story draws you in and the writing creates a tension with sparse descriptions and taut interactions which keep you coming back. The dystopian world is well imagined and hopefully we can avoid it - men, plants and animals all gone. But no matter how bad things get, the protagonists always find hope, seek justice, and bravely pursue truth. An excellent debut.
Read more
One person found this helpful
Helpful
Comment Report abuse

Lisa Bartee
5.0 out of 5 stars Couldn't put it down
Reviewed in the United States on August 14, 2019
Verified Purchase
Just spent most of the afternoon reading this book from cover to cover. It's very well-written - I really enjoyed the language - and it's a fascinating story. Right from the beginning, I was drawn in and had to keep reading to find the answers to what's going on. Recommended!
Read more
Helpful
Comment Report abuse

Meerschweinchen
5.0 out of 5 stars Beautiful in it's haunting bleakness
Reviewed in the United States on August 24, 2019
Verified Purchase
Extremely well written. The distopian world is unlike any other. It draws the reader into the stark decay where every calorie is a blessing and a curse.
Read more
Helpful
Comment Report abuse

PopcornMerik
5.0 out of 5 stars Great book
Reviewed in the United States on December 26, 2019
Verified Purchase
This book was amzing it was exilerating and intense i loved looking at it both for fun and as a psychology major
Read more
Helpful
Comment Report abuse

Laurel Hightower
5.0 out of 5 stars So much more than meets the eye
Reviewed in the United States on November 5, 2019
I kind of want to make this review just a giant jaw-dropped emoji, because a few days after finishing that's still how I feel. But that wouldn't do this book justice, because wow, there is so much to process here.

I won my copy of Ration in a giveaway from one of my favorite podcasts, and I'm really glad I did. At first glance I was a little apprehensive - many reviews had mentioned reading on an empty stomach, and I'm not the biggest fan of gross out horror, but that's part of why I wanted to write this review. Yes, there are definitely some parts that will turn your stomach, but it's so incredibly worth it. Luff starts out with a terrifying, dystopian premise, and builds the horror at the situation these girls find themselves in immediately. But it doesn't stop there - this book has so many layers and levels to it, though I don't want to spoil anything. So instead I'll note some of what I absolutely loved.

Characters with arcs that surprised me, and pulled me into their struggles. A fully imagined, bleak future with enough brushstroke details to be intriguing as to what happened in this world. Emotions, raw and dark and real, conveyed beautifully. And the concept of calories turned on its head. In a world where the entire population is hungry, girls track their calories and expenditure closely, to ensure their survival. Instead of tracking and beating themselves up for consumption, there's a scene in which two girls discuss running for the joy of it, despite the precious calories it costs them. There's so much here that made me stop and really take it in - the way the girls and Women treat themselves, and each other. The interactions and politics and culture of using and consuming one another. It feels like a deeply ingrained allegory, and yet the symbolism is subtle.

I loved this book, and I'm a new fan of Cody Luff. Well done, and I can't wait to read more.
Read more
One person found this helpful
Helpful
Comment Report abuse

Anthony Avina
5.0 out of 5 stars Fantastic Blend Of Horror and Dystopian Adventure!
Reviewed in the United States on August 13, 2019
The Review
This book was incredibly well written. From the novel’s first pages, readers get a sense of being in the opening scene of Stephen King’s Carrie, if Carrie took place in the world of author Margaret Atwood’s The Handmaids Tale. A world ravaged by an unknown virus that has taken the lives of all men in the world, and the women left created a brutal system of survival like no other.

The two main perspectives shown throughout the novel are stark contrasts with one another, as we see the innocent protagonist Cynthia thrust into a cruel reality and fighting not just to survive, but to find a way to punish those who made her and her fellow “girls” suffer. Then there is Ms. Tuttle, the strict leader of the Apartments, who follows the rules to a T but finds herself caught between a secret of her own and the harshness of her mother and the political world they come from.

A truly gripping tale, the novel does an excellent job of delving into the despair of a dystopian novel while inciting horror and terror into the actions and ways in which the survivors of this world have adapted, where flesh and lower class “girls” are a commodity for the higher class “women” to use as they please, and even amongst advocates for change, no one can truly be completely trusted.

The Verdict
This is a breathtaking thriller and horror adventure like no other. While the book has it’s gruesome moments when delving into the specific “payments” made by the girls, it is the pacing of the author’s writing that sells the horror aspect of this novel. Combine this with the despairing the reader feels in the dystopian setting, and readers can expect a truly engaging read that is sure to become a cult classic in the genre. If you haven’t yet, grab your copy of “Ration” by Cody T. Luff today!
Read more
One person found this helpful
Helpful
Comment Report abuse
See all reviews