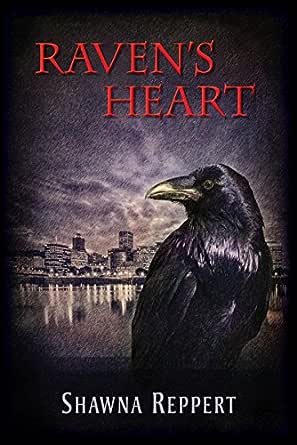 You've subscribed to Ravensblood! We will preorder your items within 24 hours of when they become available. When new books are released, we'll charge your default payment method for the lowest price available during the pre-order period.
Update your device or payment method, cancel individual pre-orders or your subscription at
Your Memberships & Subscriptions
There was an error. We were unable to process your subscription due to an error. Please refresh and try again. 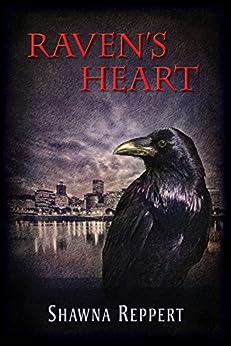 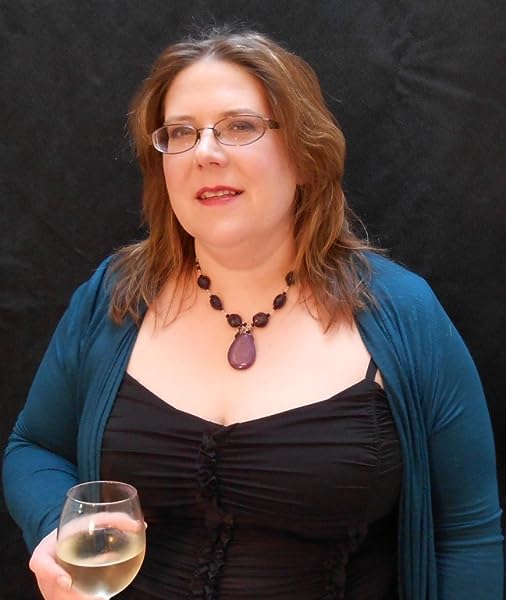 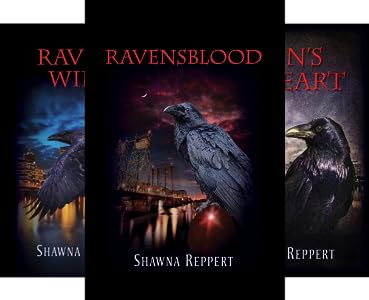 Shawna Reppert, an award-winning author of fantasy and steampunk, is proud of keeping readers up all night and making them miss work deadlines. She believes that fiction should ask questions for which there are no easy answers, while at the same time taking the reader on a fine adventure that grips them heart and soul and keeps them turning pages until the very end. “Definitely give this author a chance,” says one reader, “her storytelling will draw you in. Her style is just a hint of Andre Norton, a dash of J. K. Rowling, and the tiniest pinch of Anne Rice. The rest is her own unique stamp.” Her debut novel, The Stolen Luck, won a silver medal for original-world fantasy in the Global Ebooks Awards and an Eppie for fantasy romance. The first two books of her Ravensblood urban fantasy series won gold medals for contemporary fantasy. The much-awaited sequel, Raven’s Heart, will be released on 2/6/15. Shawna’s love of live Irish music and dance frequently influences her work. Her four-footed children are a Lipizzan stallion and a black-and-orange cat named Samhain who occasionally takes over her blog. Shawna also likes to play with the Society for Creative Anachronism, and can sometimes be found in medieval garb on a caparisoned horse, throwing javelins into innocent hay bales that never did anything to her. She grew up in Pennsylvania, and now lives in the beautiful wine country of Oregon. Each has colored her writing in different ways. --This text refers to an alternate kindle_edition edition.

winterhawk
5.0 out of 5 stars An enjoyable end to a great story arc - but thankfully not to the series!
Reviewed in the United States on February 18, 2016
Verified Purchase
One thing I'm a sucker for is stories that take characters I like and get them out of their comfort zones, because it's fun to watch them squirm. In Raven's Heart, the powerful and (usually) self-assured mage Raven is challenged by not one but two unwelcome interlopers: a stray kitten and a teenaged boy he's trying to save from a dire fate. As if these weren't enough, William is back and gearing up to cause a lot of trouble again. Raven's power, ingenuity, and loyalty to his friends are all tested to their utmost as he heads toward a showdown with his old master, a man he hates passionately, but still feels an odd kinship with.

All the bits I liked in the previous two books are here: Raven is his cool and charming self, his relationship with Cassandra is strong as ever, and he continues to learn to trust and accept others who care about him. It's got heartbreak (seriously--I got pretty misty at one character's death), moments of humor, and the emotional connections I come to expect from this series. And this one also fixes an issue I had with the other two: the battle at the end is appropriately momentous for the clash of two such powerful mages. Good stuff all around.

If I had to pick one thing that didn't completely work for me, I'd say that the final moments between two of the characters (no spoilers) came off as perhaps a bit too emotional for me. But that's a minor thing--this is a good story, well written, well paced, and very enjoyable. I am looking forward to the next book in the series, to find out what Raven is up to next.
Read more
Helpful
Comment Report abuse

Parallax
5.0 out of 5 stars Crashing crescendo!
Reviewed in the United States on September 10, 2019
Verified Purchase
Key book of the series thus far. A lot of long-arc threads fulfilled here, but some still exist and invite the reader to move on to book 4! What could possibly happen in the next one? Well, do not miss book 3 if you hope to make sense of the prior books or the subsequent ones.
Read more
Helpful
Comment Report abuse

Adriana
4.0 out of 5 stars Thrilling
Reviewed in the United States on December 17, 2017
Verified Purchase
The world is well composed and the story well written. I love reading the books in the Ravensblood series, and I'm always looking forward to another one. Still, I'm a little annoyed at how Raven is written. There's too much emphasis on invoking pity for Raven in the reader. I get the feeling that the hero is more like the wet pityful Nuisance he found in the alley, than a powerful mage. There's a good character build up through the series though, and I like the Rafe-Raven-Cass friendship.
Read more
Helpful
Comment Report abuse

Kindle Customer
4.0 out of 5 stars Still four stars, even if I'd like to throttle Cassandra for being obnoxious.
Reviewed in the United States on September 18, 2017
Verified Purchase
It's a very well-written story, and the complexity of Raven's character continues to hold my interest. I am also glad that this is an actual tale, rather than the oversexed paranormal books which seem to invade the urban fantasy genre.
Read more
Helpful
Comment Report abuse

JLW
3.0 out of 5 stars 3 1/2 stars: not as enjoyable as the others I read in the series.
Reviewed in the United States on June 4, 2016
Verified Purchase
I didn't quite like this one as much as book 2 as it was a little too cynical with one side character and the how the big bad guy was defeated felt too easy and lacking in imagination for me. However, I did enjoy book 2 and the short story 1.5, so if there's another in this series, I would definitely try it.
Read more
Helpful
Comment Report abuse

RogerM
5.0 out of 5 stars Good read
Reviewed in the United States on August 12, 2017
Verified Purchase
I found this book to be an interesting read. I liked it so much that I bought the rest of the trilogy.
Read more
Helpful
Comment Report abuse

Jocelyn Mackie
5.0 out of 5 stars Another stunning work in this riveting series!
Reviewed in the United States on December 24, 2016
Verified Purchase
Rich in urban detail but also in magical elements, I enjoy this series as a perfect balance of classic fantasy and modern reality. The characters and their situations are complex and yet relatable. Another excellent work of fiction!
Read more
Helpful
Comment Report abuse
See all reviews