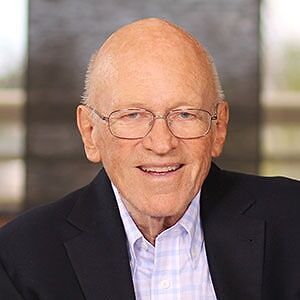 by Ken Blanchard (Author), Sheldon Bowles (Author)
4.6 out of 5 stars 1,226 ratings
See all formats and editions
Sorry, there was a problem loading this page. Try again.

4.6 out of 5 stars
4.6 out of 5
1,226 global ratings
How are ratings calculated?
To calculate the overall star rating and percentage breakdown by star, we don’t use a simple average. Instead, our system considers things like how recent a review is and if the reviewer bought the item on Amazon. It also analyzes reviews to verify trustworthiness.
Top reviews

Onenine79
1.0 out of 5 stars Obnoxiously Written.
Reviewed in the United States on May 22, 2019
Verified Purchase
This book is so obnoxiously written. Instead of the typical business book it's written as a story with characters teaching you the lessons. This should be a good thing, something different to engage the reader. It's done so poorly and again so obnoxiously that it's so difficult to get through and it's a very short book. There are three pieces of main advice in this book and they are all super basic and obvious. 100% not worth it.
Read more
11 people found this helpful
Helpful
Report abuse

RG
2.0 out of 5 stars What a joke
Reviewed in the United States on December 19, 2020
Verified Purchase
Bought this book after hearing about it from a "raving fan" colleague who said he reads this every year. After first skimming, I noticed that extra large font, enormous margins, and thought it looked more like an essay stretched into a book. But, then again, that's not always bad. Many business books SHOULD be essay-length rather than stretched into a book long enough to justify a $20 hardcover price.

Then I started reading it...

WTH? Is this a joke? I don't even know where to begin about explaining Charlie, golf ad naseum, etc. Read other reviews for that. I did manage to skim/read this crapfest to at least get a small sense of completion. But I certainly won't be back. This was more like a poorly written children's book written by someone who learned about business from watching 60s sitcom TV Dads.
Read more
One person found this helpful
Helpful
Report abuse

Jackie
5.0 out of 5 stars Quick read - could have been a one-pager
Reviewed in the United States on March 25, 2021
Verified Purchase
The book makes its point well. Is it repetitive? Yes. Could I have gathered the important pieces in 3 sentences or less? Yes. If it was only 3 sentences, could I execute on that successfully? Yes. Was it at least entertaining? Yes. All-in-all, worth the read if you are serious about improving your business' relationship with customers, whether your customers are internal or external (because remember, a customer is a customer, regardless of whether you work for the same company or not).
Read more
One person found this helpful
Helpful
Report abuse

Mariana
5.0 out of 5 stars Great read!
Reviewed in the United States on May 14, 2021
Verified Purchase
Very quick read. Really eye opening & a great tool if you are opening up your own business or manage a team.
Read more
2 people found this helpful
Helpful
Report abuse

Tony M
5.0 out of 5 stars I read this book almost 10 years ago, and still use the concepts EVERY DAY!
Reviewed in the United States on April 6, 2014
Verified Purchase
Some people might call this book simple...but in my opinion that is what makes it great! I buy this book for each and every person that joins my team! It is essential.

I don't think a day goes by my team and I don't mention the words "Raving Fans" or at least discuss some concept from the book. There is no other customer service book that I can say that about.

The concepts are simple and if you follow them, and make them part of your culture, you'll be amazed at how much your level of customer service will improve. Just a few little systems applied to your business can take you from mediocre to amazing!

WARNING - You will not see the world the same again. You'll be disgusted everywhere you go after reading this book, when you see how bad customer service really is in this world.
Read more
15 people found this helpful
Helpful
Report abuse

Ronda Ross
3.0 out of 5 stars Disappointed
Reviewed in the United States on September 22, 2019
Verified Purchase
I have read lots of great reviews regarding this book but I was personally disappointed. I felt it was common sense. I usually get one thing from a book and I was sad that I did not pick up one nugget from it. If you are seasoned business owner I think there are better ones out there.
Read more
Helpful
Report abuse

Kindle Customer
1.0 out of 5 stars If I could give it a half star I would
Reviewed in the United States on August 26, 2021
Verified Purchase
Very strangely written in a bizarre "it's a wonderful life" meets marketing book to illustrate the concept that good customer service wins loyal fans.

I'm sure somebody would enjoy it, but I thought it was awful and couldn't get through it.
Read more
Helpful
Report abuse

David
5.0 out of 5 stars One of the best little books on Customer Service
Reviewed in the United States on November 22, 2009
Verified Purchase
'Raving Fans: A Revolutionary Approach to Customer Service' is a book that I discovered referenced in several other books that I've been reading. In each other book, little was said other than a quote here or there. But noticing the book's presence, I purchased it and am glad I did.

The book is written like a goofy fairy-tale--but you understand the gimmick and it helps you read the book quickly, makes memorable the lessons, and enables you to easily reference the points it is making.

In a couple weeks, I will be leading a retreat on church membership assimilation as part of my doctoral dissertation and plan to use this book as a catalyst in discussing quality customer service from a guest's perspective.

I whole-heartedly recommend this book. It says what other books take hundreds of pages to say in just a few pages, and you can pick up this book for just a penny from a host of used book sellers (although it is definitely worth its retail price).
Read more
4 people found this helpful
Helpful
Report abuse
See all reviews

Amazon Customer
5.0 out of 5 stars brilliant message and entertaining read
Reviewed in the United Kingdom on December 25, 2019
Verified Purchase
Got this book second hand for extremely low price.
Didn’t expect it to be much, as part of management course reading suite.
This book is amazing - I love it, its message can be applied in many situations and can help build yourself.
I would buy a new copy as it is so good I read it multiple times, however the second hand copy is so good I don’t need to.
I have handed this to colleagues to read, its not a long read - two hours solid from front to back, but needs reading again and again.
Read more
One person found this helpful
Report abuse

dave
4.0 out of 5 stars ultra-simplified for easy comprehension
Reviewed in the United Kingdom on January 28, 2021
Verified Purchase
this book is 4 or 5 stars it was too difficult to be sure.
parable story telling (as the one minute manager) to get across 3+ fundamentals of service or customer experience management. why 3 + because all 3 secrets are shared, each secret has more than 1 message.
the difficulty is this: considering when the book was written those 3 secrets were so ahead of their time, but literally every modern CX book today has those messages inside. therefore 5 stars. but considering where CX is today and the books out there this book is a bit dated. hence 4 stars
but great is you want a very easy introduction to CX
Read more
Report abuse

Roy
1.0 out of 5 stars Purile and Boring.
Reviewed in the United Kingdom on June 24, 2020
Verified Purchase
I was recommended this book by a senior businessman client of mine. I bought it on this basis but i found it written in a childish manner and was far too 'American' for my tastes. I did not bother finishing it and I think I have thrown it away. Better books on the subject are available.
Read more
Report abuse

A Youngs
3.0 out of 5 stars Mixed Value
Reviewed in the United Kingdom on May 31, 2019
Verified Purchase
This book might be quite inspiring if you're just starting a business and possibly I'm a bit long in the tooth for its message - I guess there wasn't much (if anything) new for me here. But the story that gives the message is engaging and it's well-written, if probably a bit dated and US-centred.
Read more
One person found this helpful
Report abuse