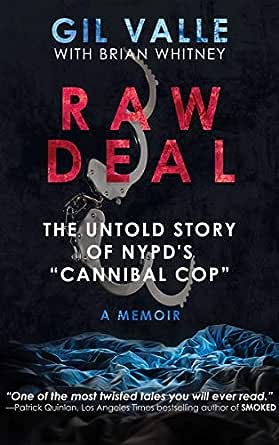 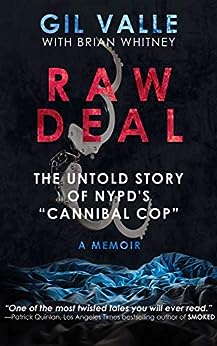 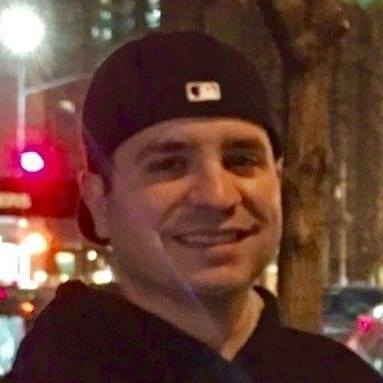 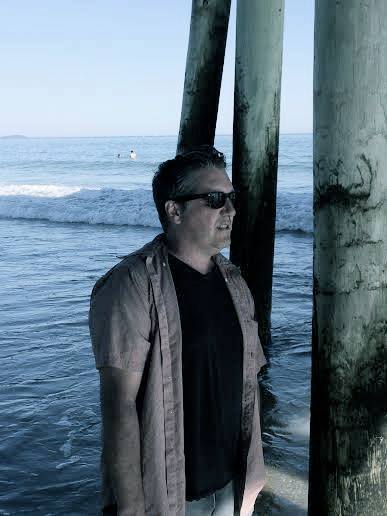 "This has to be one of the most fascinating and disturbing cases I've ever looked into. Disturbing not because of what he said, but because he was almost put in prison for life for his thoughts."
-Journalist Melkorka Licea, New York Post

"An unflinching, downright scary memoir of injustice from a man whose penchant for morbid role-plays landed him in prison. Gil Valle's sick,sexual, sometimes silly online chats were used against him by the feds,and he was convicted of masterminding an improbable conspiracy of cannibals that stretched across three continents. The outrageous prosecution cost him nearly everything he had--but now, finally, Valle has found a way to write his story for himself."
- Daniel Engber, Columnist for Slate Magazine

"One of the most twisted tales you will ever read, and it's all true. Thisis a story of cannibal fetishes, a terrified wife, lying FBI agents, a false conviction and a nice public shaming to top it all off. Kafka could not have dreamed up a scenario this wild."- Patrick Quinlan, Los Angeles Times bestselling author of SMOKED --This text refers to the paperback edition.

Gil Valle is a former police officer who was known as "The Cannibal Cop." He was exonerated of all charges against him. A graduate of the University of Maryland, he lives in Queens, NY with his two beloved dogs, Dudley and Tyson.

Brian Whitney writes for many websites including Paste Magazine, Alternet and The Fix. He has been the author or co-author of numerous books. His book Subversives in Their Own Words will be published by Headpress in 2017. --This text refers to the paperback edition.

4.4 out of 5 stars
4.4 out of 5
47 customer ratings
How does Amazon calculate star ratings?
Amazon calculates a product’s star ratings based on a machine learned model instead of a raw data average. The model takes into account factors including the age of a rating, whether the ratings are from verified purchasers, and factors that establish reviewer trustworthiness.

katrig
5.0 out of 5 stars This will be one of the most twisted true crime tales you will ever read
Reviewed in the United States on March 10, 2017
Verified Purchase
This book Raw Deal (cannibal cop) is exceptional well written and fascinating reading. When I first started reading the prologue about Gil I thought you where going to turn out to be a serial killer, a sick pervert, who was a policeman. Then I carried on reading.
Gil starts explaining himself you suddenly you realise this is all fantasy, of fetishes rather disturbing and frightening if followed through BUT THEY WHERE NOT FOLLOWED THROUGH. That was the difference. Everyone is allowed to have thoughts even if we do not agree with each other but when was it a crime to fantasise. ¾ of the world would be locked up if someone could read our fantasy’s.
Yes, you should have told your wife Kathleen & I can understand why she left you as you never really explained your online chats about your fantasies properly before when you had plenty of chances. Secrets will always catch you out in relationships. Putting photos of her online was very wrong on your part (different if you had her permission) and lying to her that you did not put any of Kathleen online is worse but you do not need anyone to tell you that now.
Kathleen’s misguided loyalty with the prosecution makes her just as bad in my eyes as the prosecution Hadassa Waxman, and It is unbelievable the prosecution could lie the way it did and convict Gil Valle.
Gil lost everything / His job, his wife, his daughter but most of all Gil lost his freedom for just HAVING A FETISH and going online chatting to other people. Gil spent 21 months in jail several in solitary confinement.

Gil Valle was lucky he had a good lawyer who believed in him, and the judge who finally exonerated GIL of all charges. Gil has had to do this at a great cost. I think you are very brave telling your story and I wish you well and hope you get compensation for time served. Yes I believe your daughter should read this book when she is older and can understand and make her own mind up. May you be reunited one day.
I read all true crime books and this one will challenge the reader’s beliefs about free speech, the right to privacy. The scary thing is THIS COULD HAPPEN TO ANY OF US
Read more
3 people found this helpful
Helpful
Comment Report abuse

Eileen McHenry
4.0 out of 5 stars This One Is Unique
Reviewed in the United States on May 18, 2017
Verified Purchase
You may never read another book like this one. It's a combination sexual-escapades memoir, the history of an interesting and important legal case, a fable about the dangers of trusting the media, an object lesson about knowing who you can really count on in this life, and a 100-page love letter to the author's daughter. All of this is packed into less than 250 pages. Well and believably written. I kept hearing (even from the author!) about how graphic and horrifying this book would be, but it wasn't grisly -- it was straight from the shoulder and to my mind lacking in horrifying details, except the parts about life in prison. The legal issues alone should make this required reading for every American. Read it!
Read more
3 people found this helpful
Helpful
Comment Report abuse

Chelsea W
5.0 out of 5 stars Punished for Thoughts
Reviewed in the United States on March 12, 2017
Verified Purchase
What happened to Gil Valle should concern anyone who knows what the First Amendment it. His tale is a real life horror story of what can happen when a persons thoughts and fantasies are considered obscene. His memoir details the process through which an innocent man can be sentenced to life in jail, regardless of lack of evidence. What makes it so truly terrifying is the fact that this could happen to anyone, and the ease at which a few people with power can dismantle a mans life.

Gil Valle does an amazing job of bringing you into his world, and helping the reader to experience the injustice he had to endure. Despite it all, he kept his humor throughout it all and shows a resiliency that helped him to make it out of this ordeal in one piece. Raw Deal is not just the tale of injustice, but keeping your head high and hopes up even through what could be perceived as insurmountable odds.

Raw Deal is a book you can truly sink your teeth into. (I hope I was the first one to make this pun.)
Read more

Mike
5.0 out of 5 stars The incredible story of the Cannibal Cop, finally told from the Cannibal Cop himself
Reviewed in the United States on April 3, 2017
Verified Purchase
I remember several years ago following the story of the "Cannibal Cop" in the local tabloids and on the 6 o'clock news and being both intrigued and shocked like many others following the graphic nature of this case. I remember seeing a man the exact same age as me, from a very similar background (I'm from NJ not NY) being absolutely torn apart by virtually everyone. The U.S. attorney, his wife, the press etc. That interest led me to purchase this book to at least hear what the guy had to say.

It turns out what happened to Gil Valle is an absolute disgrace. Don't believe me? I can understand that. The forms of information the public had on this case were extremely one sided, be it the HBO documentary or the 'shock and awe' stories in the papers to grab readers attention. That's why I recommend hearing what Valle's has to say in this book.

This book will scare you. And not for the reasons you might think. This book will scare you because in the United States of America, someone was thrown in jail for their thoughts, fantasies, and what some deem to be "abnormal" behavior. Valle presented the facts and opinions of Doctors, the trial judge, and the court of appeals (which reversed his original conviction) all the while counter claiming the ridiculous rhetoric spewed by the press and U.S. Attorney's office.

In addition, Valle's approach to telling his life story comes across in a brutally honest and often times quite embarrassing manner. Some of the stories are rather graphic but that much is to be expected.

The story flows very well in addition to being well written and easy to follow. I recommend checking this book out as it's a great case study on our legal system, the mass media, the criminal justice system, and how one man can go through so much all for what was in his head.
Read more
2 people found this helpful
Helpful
Comment Report abuse
See all reviews from the United States