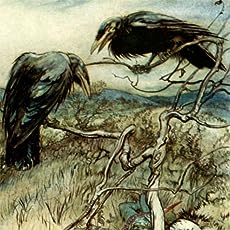 Ray McCarthy has been living in the Mid West of Ireland since 1983. He has had a life long interest Myth & Legend (especially Celtic and North European), electronics, computers, science and space. A first novel was completed in 1991. Currently twenty-two Fantasy and SF novels are complete (2019).
He has travelled widely between 1983 and 2008.
His engineering and security systems background gives the SF and adventures a solid scientific background.
Read more 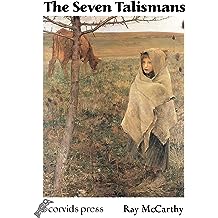 The Seven Talismans (Trader's Isle Book 1) Dec 25, 2019
by Ray McCarthy
$3.99
Jorath is hardly adult but hopes to find the Talismans of the High Lords. They must do something to fight the people that want to eradicate their tribe.
Set in a mediaeval style fantasy word with no ship's clocks or black powder, this story is based on a novelization completed in 1992. The sequel was nearly completed in 1996 and now is called ‘The White Fire Stones’, both stories can be read on their own. There are now outlines for two more stories in the series.
The cover is based on ‘Pauvre Fauvette’ (1881) by Jules Bastien-Lepage.
About 55,240 words.
Approximately 54,620 words.
Read more 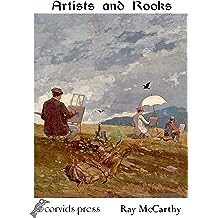 Artists and Rooks (Celtic Otherworld Book 10) Sep 19, 2019
by Ray McCarthy
$3.99
Marion’s Detective Agency has had some clients, but why does the visitor wait till Detective Nossie has gone home? It’s nearly a year since the Fay and the Empress foisted the Irish twins on her.
The cover is based on ‘Artists Sketching in the White Mountains’ by Homer Winslow.
About 46,550 words.
Read more 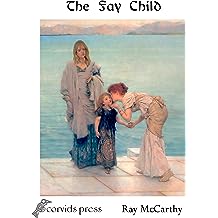 The Fay Child (Celtic Otherworld Book 9) Aug 8, 2019
by Ray McCarthy
$3.99
It’s a year since Daniel, Kevin and Órlaith’s child was born. So now the Fay Godmothers must return, but they too now have children. Why does Morien want her child minded on Hy Brasil and why is Manannán visiting the Queen?
The cover is a detail edited from ‘The Kiss’ by Sir Lawrence Alma-Tadema.
About 59,250 words
Read more 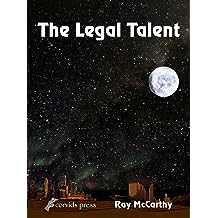 The Legal Talent (Talents Universe Book 6) Aug 1, 2019
by Ray McCarthy
$3.99
Sixth novel in the Talent Universe series. Maisie finally has to do the Legal training suggested some years earlier. Why is there a sudden urgency? Is it because someone shot at a delegation from Morglun?
Photo montage by Michael Watterson.
This stand alone story is set a couple of years after ‘The Master's Talent’.
About 53,550 words.
Read more 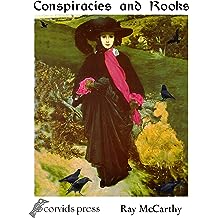 Conspiracies and Rooks (Celtic Otherworld Book 8) Sep 14, 2018
by Ray McCarthy
$3.99
Marion is now a Student Guard. Tony and Sorcha settle into the town house and make friends. Why does the shop keeper not want the Guards to catch the thieves?
This is the second of six ‘Marion and the Rooks books’ and the eighth book involving the Celtic Otherworld of Magh Meall.
The cover is based on the portrait of May Sartoris by Frederic Leighton.
About 88,800 words.
Read more 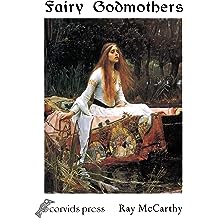 Fairy Godmothers (Celtic Otherworld Book 7) Sep 2, 2018
by Ray McCarthy
$3.99
Alice (Eilis) had previously agreed to be a godmother for Órlaith. Now the baby has quickened and a geas is triggered. You can’t invoke a fay blessing for a baby without invoking a fay curse first!
Everything you wanted to know about the Fairy Godmother, the Wicked Witch, Flower Fairies and Fairy doors.
This book can be read on its own, though #7 in the Celtic Otherworld series.The events take place during the last parts of ‘Exiles and Rooks’. The sequel to ‘Exiles and Rooks’ is ‘Conspiracies and Rooks’. It’s the fifth book with Alice as the main character.
The cover is based on ‘Lady of Shalott’ by John William Waterhouse.
About 53,120 words
Read more 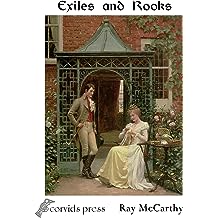 Exiles and Rooks (Celtic Otherworld Book 6) Aug 2, 2018
by Ray McCarthy
$3.99
Action is parallel to “Hero Genesis” and “No Silver Lining” in the partially Steam Punk world where the Tuatha Dé live. Alice’s half sister’s two children (met briefly in “Carrying the Shining Sword”) are exiled from Ireland because they too have magic.

The Cover is from ‘On the Threshold’ by Edmund Blair Leighton.
About 74,600 words.

Manannán Mac Lir led the Tuath Dé away to the Otherworld over 2,500 years ago. Except for them it’s been more like 600 due to the time-slip, now fixed.
Read more 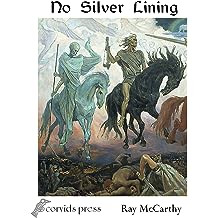 No Silver Lining (Celtic Otherworld Book 5) Jun 23, 2017
by Ray McCarthy
$3.99
Urban fantasy mostly in Limerick. Alice (Eilis) joins the four English teenagers going to the University of Limerick, but senses a Horseman of the Apocalypse.
Kate finds that Eilis is a strange friend with many surprises.
Sequel to Hero Genesis and #5 in the "Celtic Otherworld" series, though the books can be read as pair or even on their own. The first three books are a trilogy covering Alice's magical development for her most critical three years.

If an in-house system fails, only one bank, or one retailer or one supplier is affected,” insisted Louise. “If everything is outsourced to the Cloud, even if it’s a hundred times more reliable it’s an apocalyptically bad event because you lose everything at once. There are too few cloud providers, who are too similar and too big.,”
The cover shows a detail of ‘Apocalypse’ by Vasnetsov.
About 65,400 words. 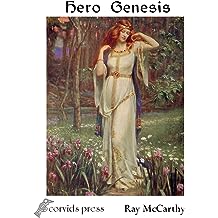 Hero Genesis (Celtic Otherworld Book 4) May 19, 2017
by Ray McCarthy
$3.99
Urban fantasy mostly in Worcestershire / Wychavon area. Four teenagers doing A Levels get sucked into a strange situation with Superheroes and Aliens. They are rescued by the High Queen of the Aés Sidhe.
The cover is based on 'Freya' by Doyle.
About 88,700 words.
Read more 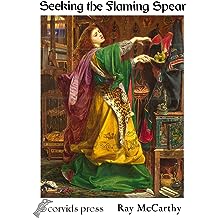 Seeking the Flaming Spear (Celtic Otherworld Book 3) Apr 28, 2017
by Ray McCarthy
$3.99
Megra must decide how to deal with Morien, who is Fay, so she contacts Queen Oonagh of the Aés Sidhe for help by throwing a 'Ball'. Alice (Eilis) decides it's time to do more matchmaking. Alice (Eilis) meets her adoptive grandmother (Queen Oonagh) and makes some friends in the Otherworld of the true Elves.

Alice gets to show off some warrior training that Neamhain formerly of the Morrígna has taught her. She figures how to finally stop Kevin having a crush on her.

The cover is based on “Morgan Le Fay” by Frederick Sandys. 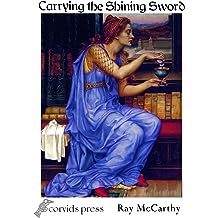 Carrying the Shining Sword (Celtic Otherworld Book 2) Apr 3, 2017
by Ray McCarthy
$3.99
Who has poisoned Megra and her father, the Emperor? Eilis (Alice) accepts she is different and reveals why to her four friends. They learn about Skandi culture and the forbidden Skand magic. They take ship to another continent in search of an antidote and answers.

The cover is based on “The Love Potion” by Evelyn De Morgan,.
About 54,250 words.
Read more 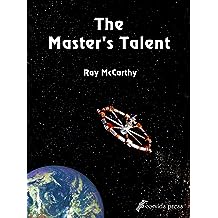 The Master's Talent (Talents Universe Book 5) Mar 13, 2017
by Ray McCarthy
$3.99
Maisie has returned from her visit to Tellus (Earth). Maisie is reaping the results of her foolishness. How can she teach class and be the Emperor’s Emissary on a ‘First Contact’ Mission? How can she put off any public announcement about her relationship with Olef? The last part of the Maisie Trilogy (The Apprentice's Talent, The Journeyman's Talent) and book 5 of the ‘Talent's Universe’. It’s best read after ‘The Solar Alliance’ and ‘Starship Chief’.
About 114,600 words.
Read more