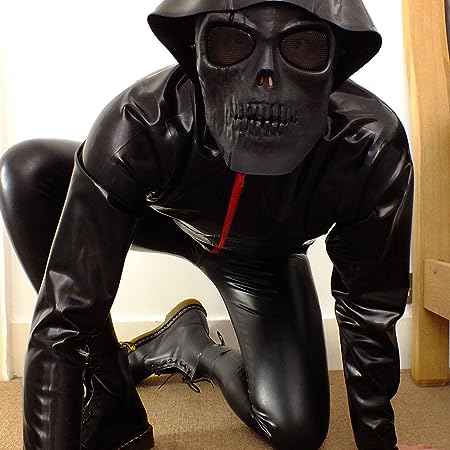 I've been at this for 20-odd years and I doubt I'll be stopping anytime soon.
Read more 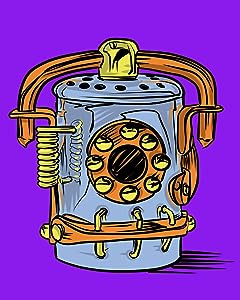 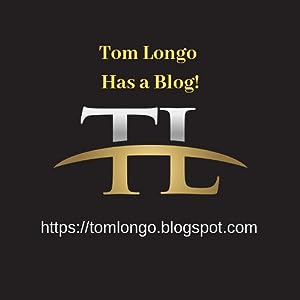 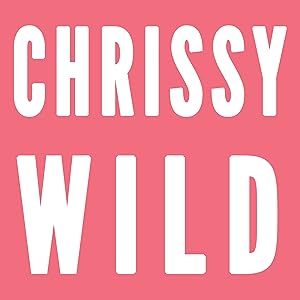 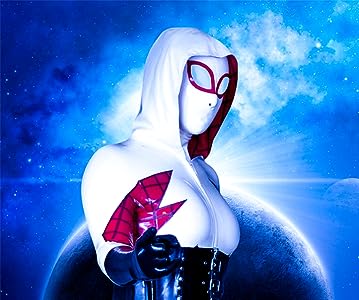 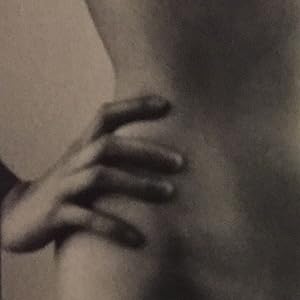 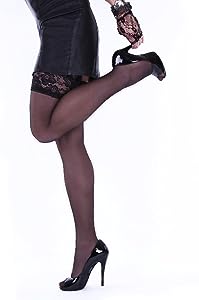 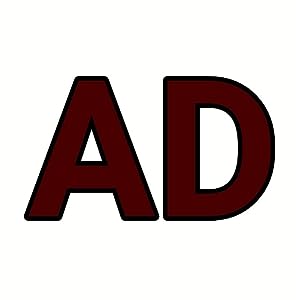 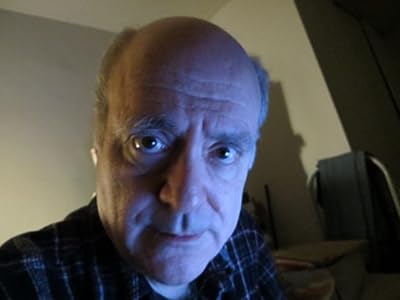 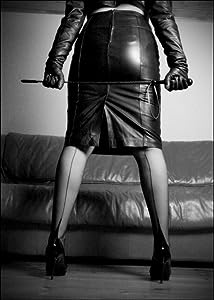 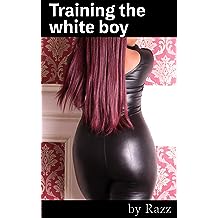 Training the White Boy (Black Mistress/white slave Book 2) Sep 4, 2019
by Razz
( 2 )
$2.99
Neil likes his women tall, slim and blonde. But when he meets Femi, a small, curvy Nigerian woman, his world is turned upside down.

As her "white boy" a world of sadism and humiliation is opened up as she takes control of him.

We follow Neil on his willing descent into slavery: from his first spanking to deep ass worship and his use as a sex doll by Madame's male friend. We watch him learn to enjoy permanent chastity, being humiliated in public, used as a punchbag and beaten black and blue. All the while he keeps his true wants and desires hidden from a world he knows won't understand.

But what does Neil's future hold? Will he finally learn to embrace accept his inferiority to the sadistic black woman? And will he take pride in his position as Madame's white slave?


Training the White Boy is a tale of female domination, consensual sadomasochism and interracial domination. It is not for the easily offended.
Read more 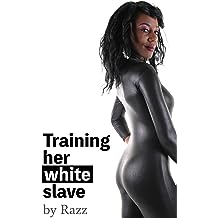 As he kneels before her, he reveals his life as slave to Mistress Chloe. Told in flashback, we follow him from his first spanking, through intense racial humiliation to his final submission as slave to Mistress's slave. All the while he answers his wife's probing, humiliating questions.

And then comes his final act of submission. 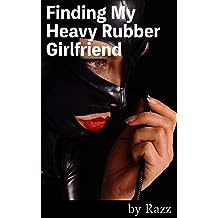 Finding My Heavy Rubber Girlfriend (The Rubber Stories Book 3) Nov 4, 2019
by Razz
( 5 )
$2.99
He confessed his rubber fetish to his girlfriend, and she exposed him to the world.

After a year with Babs he decided to tell her about his love of latex. Only instead of accepting it, she spread rumours about his lifestyle. Now everyone's convinced he tried to suffocate her.

Enter Lisa. She wanted to trick him into wearing his rubber, film him and shame him even more. Only something changes. Instead of exposing him, she embraces her own curiosity joins him in a world of rubber.

Can they emerge from under the cloud that covers him?


Finding My Heavy Rubber Girlfriend is an uplifting tale of heavy rubber fetishism. It features total enclosure; breath play and a public sex scene. It is not for the easily offended.
Read more 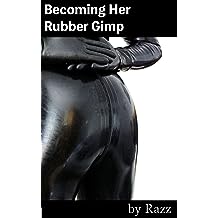 Forced to rent a room in a family friend's house, he has little time to spend with his fetish. When she goes away for a weekend, the rare moment alone gives him the chance to bring his rubber fetish to life. He dresses in his favourite latex suit, ties himself to the bed and enjoys his fantasies as a gimp. Only his dreams are shattered when she returns unexpectedly and finds him. 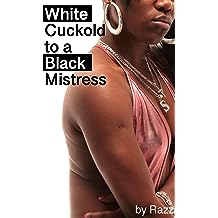 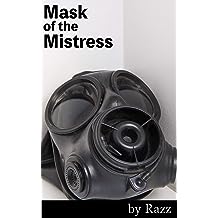 A childhood accident has left Kazumi with a scar on her face. People stare at her, but she's used to it now. What she's not used to is her boss calling her "Scarface" and telling her to hide when important clients visit.

We follow Kazumi as her sadistic side is nurtured by her new lover. Leaving the webcams and private shows aside, she explores what is means to dominate men, building to the climactic encounter with her boss in his office. It's a beating he won't forget. 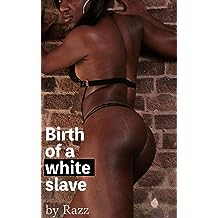 Birth of a White Slave (Black Mistress/white slave Book 1) Jul 18, 2019
by Razz
( 1 )
$2.99
Caught in self-bondage by his cleaner, Michael finds himself at her mercy. Only blackmail isn't what's on Gabbi's mind.

Birth of a white slave features race play, racial humiliation, female domination and sadomasochism. It is not for the easily offended.
Read more 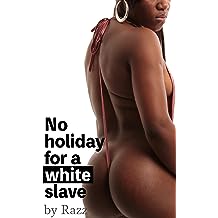 A crass marriage proposal lands Mike in hot water and what should've been a relaxing holiday turns into a weekend of domination. From wearing her bikini to the pool to get a tan, to being used as a toilet at a monument, he's subjected to humiliation and punishment as she proves she doesn't need a wedding ring to prove she owns him.

But will he pass his final test when she cuckolds him with the hotel porter?

No Holiday for a White Slave takes place over a weekend and features scenes of interracial domination, sadomasochism, watersports, public humiliation and cuckolding. It is not for the easily offended.
Read more 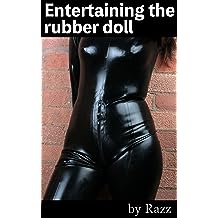 
Taking place over one night, "Entertaining the Rubber Doll" is a tale of total enclosure, female submission and latex covered sex.
Read more 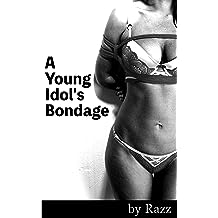 When a photographer offers Reiko the chance to become a model she leaps at the chance. What starts as a casual shoot soon turns to bondage, and they do more than take photographs of her bound and gagged.
As she discovers the truth about his dead pornstar wife and their resemblance, Reiko's life spirals into turmoil. We follow her as confused feelings lead back to his home. We see her submit to him on her terms, from their first sensual bondage to scenes of sadism and humiliation. All the while she learns to love him until she can trust him enough to recreate the intensity of their first encounter.
But what does the future hold for Reiko and her older lover? Can their relationship survive such an age gap? And what about the shadow of his wife and her uncanny resemblance to the dead woman?


A Young Idol's Bondage is a tale of bondage, sadomasochism and humiliation. It features scenes of male domination, female submission, sadism and degradation. It is not for the easily offended. 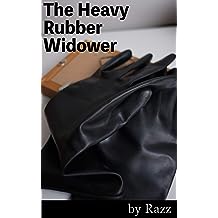 The Heavy Rubber Widower (The Rubber Stories Book 2) Jun 29, 2019
by Razz
( 5 )
$2.99
They were soulmates. They shared everything: love; friendship; a heavy rubber fetish. Then he watched cancer take Clare from him. He was alone.

When Karen's parents died, she was left homeless. He took her in and gave her shelter. She gave him the confidence to rediscover the pleasure of latex.

And then she wanted to experience heavy rubber too. 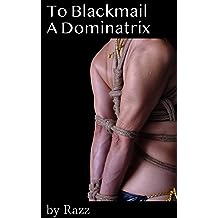 Then Taylor walks back into her life.

He knows her secret - how she paid for her studies in London as a submissive prostitute. What's more, he kept the videos he took of her struggling and squirming in bondage and he's using them to blackmail her into being his plaything.