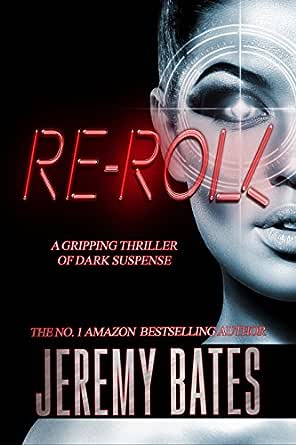 You've subscribed to The Midnight Book Club! We will preorder your items within 24 hours of when they become available. When new books are released, we'll charge your default payment method for the lowest price available during the pre-order period.
Update your device or payment method, cancel individual pre-orders or your subscription at
Your Memberships & Subscriptions
There was an error. We were unable to process your subscription due to an error. Please refresh and try again. 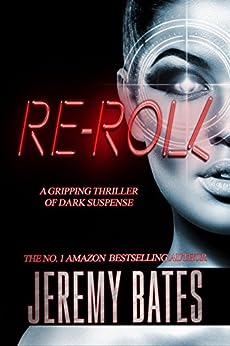 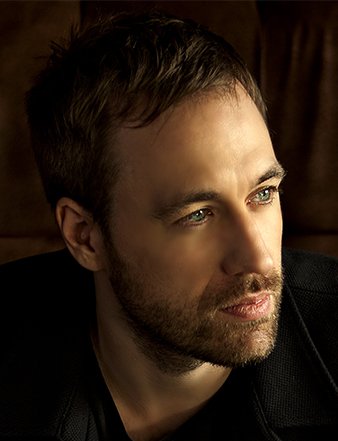 Beyond your wildest dreams
From DC & Neil Gaiman, The Sandman arises only on Audible. Listen free with trial
click to open popover
Books In This Series (8 Books)
Complete Series 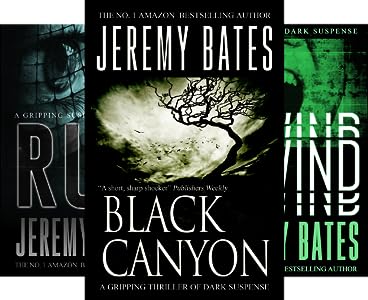 USA TODAY and #1 AMAZON bestselling author Jeremy Bates has written more than a dozen novels and novellas, which have been translated into several languages and downloaded more than one million times. Midwest Book Review compares his work to "Stephen King, Joe Lansdale, and other masters of the art." He has won both an Australian Shadows Award and a Canadian Arthur Ellis Award. He was also a finalist in the Goodreads Choice Awards, the only major book awards decided by readers. The novels in the "World's Scariest Places" series are set in real locations, and so far include Suicide Forest in Japan, The Catacombs in Paris, Helltown in Ohio, Island of the Dolls in Mexico, and Mountain of the Dead in Russia. You can check out any of these places on the web. Also, visit JEREMYBATESBOOKS.COM to receive Black Canyon, WINNER of The Lou Allin Memorial Award.
Read more

4.0 out of 5 stars
4 out of 5
13 customer ratings
How does Amazon calculate star ratings?
Amazon calculates a product’s star ratings based on a machine learned model instead of a raw data average. The model takes into account factors including the age of a rating, whether the ratings are from verified purchasers, and factors that establish reviewer trustworthiness.
Top reviews

Kimberlie L.
4.0 out of 5 stars An intriguing and entertaining short story.
Reviewed in the United States on March 5, 2019
Verified Purchase
Imagine that your new mech, your planned lifelong companion, is being delivered to you in just a few short days. You have everything prepared ... clothes picked out for your mech, a few friends invited for the trait rolling party, and are ready for your life to change. The setting is 2049, and this is the situation Mr Kim finds himself in.

" Called Mechs, they were the first anthropomorphic social robots to have lifelike skin, and lungs that mimicked breathing. They also sweated, emitted body heat, and performed every human function with the exception of eating and processing food. "

Mr. Kim hopes to roll three top tier traits and not end up with garbage traits for his mech, as re-rolling for new ones cost almost as much as a brand new mech, which costs an entire years salary. Unfortunately for Mr. Kim, he is extremely difficult to please, what is positive to others is unacceptable for him. The story finishes up with a shocking and satisfying ending that I enjoyed very much.
Read more
Helpful
Comment Report abuse

Annabele
5.0 out of 5 stars Loved It!
Reviewed in the United States on January 15, 2018
Verified Purchase
True to form, Jeremy Bates does it again. His story is full of life-like characters, their background characteristics well developed, the storyline is fleshed out with enough details you can actually picture it (like a small movie) playing in your head. Flowing from scene to scene Without annoying disruptions (such as typos, errors in sentence structure, storyline or character inconsistencies) that break through like an annoying TV commercial. If you're like me, when this happens you're either forced to re-read the paragraph, or depending on the events playing out, re-reading the entire chapter.

Thankfully as I mentioned above, this story flows seamlessly from page to page and you find yourself unwilling to put it down. Before you know it, it's over. Highly Enjoyable and Highly Recommended!
Read more
Helpful
Comment Report abuse

Sharon Jones
5.0 out of 5 stars Great Story
Reviewed in the United States on February 2, 2018
Verified Purchase
Like all of Jeremy's books, this one does not disappoint. Absolutely fascinating story with an ending you won't see coming. Quite possibly what the near distant future may become. Unfortunately, it seems human nature may not change very much. We still want what we don't have, rather than be thankful for what we do have. For a great read, I highly recommend this as well as all of Jeremy's books.
Read more
Helpful
Comment Report abuse

Hol
5.0 out of 5 stars Great short story! Must read!
Reviewed in the United States on March 30, 2018
Verified Purchase
Boy talk about a karmic ending! Due justice! You'll just have to read the book to find out what I mean. I don't like to spoil books for anyone but I tell you what this was a great short story! I've enjoyed all of his books so far. They keep getting better and better.
Read more
Helpful
Comment Report abuse

Loren W. Christensen
VINE VOICE
4.0 out of 5 stars Abrupt ending
Reviewed in the United States on January 29, 2018
Verified Purchase
Nice build up, but suddenly it was slam bam and it was over. I like Bates', stuff and I'll give another short story a shot, but if that one ends so abruptly, then we will have break up.
Read more
One person found this helpful
Helpful
Comment Report abuse

Kindle Customer
5.0 out of 5 stars Well done
Reviewed in the United States on April 3, 2018
Verified Purchase
It is different than the other Jeremy Bates books I have read in that it is more in the science fiction area. I found this story could easily be listed as one of the year's best science fiction.
Read more
Helpful
Comment Report abuse

Alyn D Wine
2.0 out of 5 stars Too short too stupid
Reviewed in the United States on October 22, 2018
Verified Purchase
Alynwine1s
Too Short too stupid not believable kind of just toss together and thrown out there I'd really like Jeremy Bates but
Read more
Helpful
Comment Report abuse
See all reviews from the United States

R. wright
5.0 out of 5 stars Loved It
Reviewed in the United Kingdom on April 4, 2018
Verified Purchase
A fabulous short story. Sci-fi isn't my 'thing', but when it's written like this it's top class. A brilliant short story. Thank you!
Read more
Helpful
Sending feedback...
Thank you for your feedback.
Sorry, we failed to record your vote. Please try again
Report abuse

Sophy
5.0 out of 5 stars Best horror writer out there
Reviewed in Canada on January 27, 2019
Verified Purchase
Finished this in a day, couldn’t put it down. Just like all his books.
Read more
Helpful
Sending feedback...
Thank you for your feedback.
Sorry, we failed to record your vote. Please try again
Report abuse

Enid Cavallaro
1.0 out of 5 stars No thank you
Reviewed in Australia on August 29, 2019
Verified Purchase
The story (though very short) could have been interesting. It was not however. There was no depth eat the characters and to be honest the outcome was so very predictable
Read more
Helpful
Sending feedback...
Thank you for your feedback.
Sorry, we failed to record your vote. Please try again
Report abuse