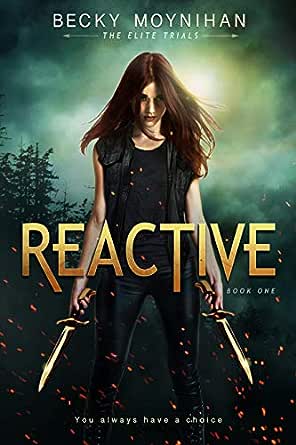 You've subscribed to The Elite Trials! We will preorder your items within 24 hours of when they become available. When new books are released, we'll charge your default payment method for the lowest price available during the pre-order period.
Update your device or payment method, cancel individual pre-orders or your subscription at
Your Memberships & Subscriptions
There was an error. We were unable to process your subscription due to an error. Please refresh and try again. 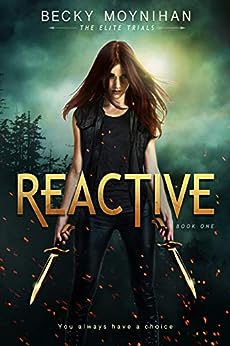 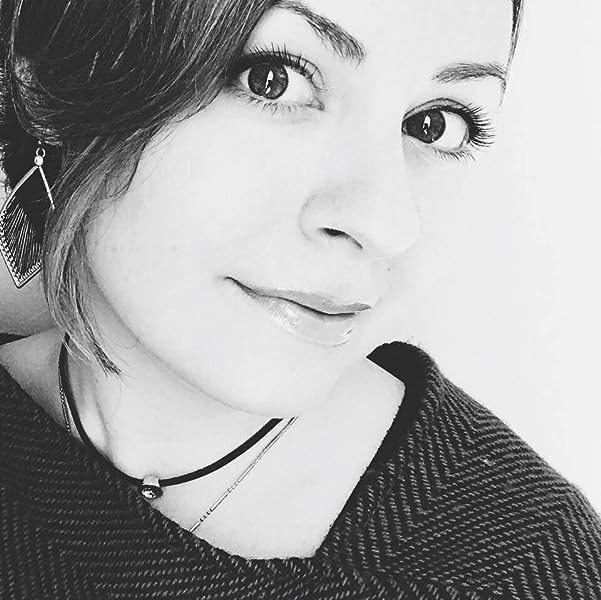 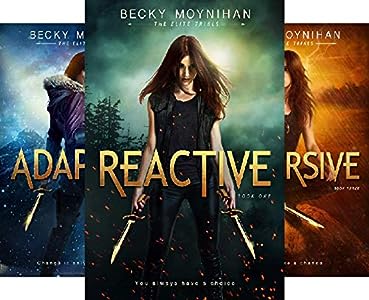 "Reactive is a worthy read for lovers of dystopian fiction, especially The Hunger Games. Moynihan's writing style will keep you turning pages until the very end." -YA Books Central
"This is a highly addictive book with interesting characters. It is impossible to put down!" -Literary Titan
"Highly recommended to anyone who enjoys nature-themed dystopia, romance, and tales of emotional triumph. 5 solid stars." -Jesikah Sundin, award-winning author of The Biodome Chronicles
"Packed with first-rate action, delightfully snarky characters, and a swoon-worthy romance, Reactive won't release you until you've read every word!" -Tyffany Hackett, award-winning author of The Thanatos Trilogy
"There's politics, romance, mutated monsters, and even a supernatural undertone going on. If you're looking for that blend of fantasy and SciFi, I definitely recommend this!" -Grace, Amazon Reviewer
"Everything was so real, as if I'd been completely immersed into the book." -author Katelyn Anderson

4.4 out of 5 stars
4.4 out of 5
145 global ratings
How are ratings calculated?
To calculate the overall star rating and percentage breakdown by star, we don’t use a simple average. Instead, our system considers things like how recent a review is and if the reviewer bought the item on Amazon. It also analyzes reviews to verify trustworthiness.

DP
3.0 out of 5 stars Not sure...
Reviewed in the United States on November 20, 2018
Verified Purchase
I have to agree with another reviewer that this book was very word-y...That's why I couldn't connect with the main characters. Lune, we are being led to believe, is supposed to be this tough figure/fighter, yet she gets beat up every other chapter. Plus her angst is never ending in a constant flurry of tears and screaming....Ooookkk....Her love interest, Bren, is basically portrayed as this pretty boy who's always there when Lune needs rescuing. And I mean, always in the nick of time... She's always "swooning" when he's near, and their flirty banter made it impossible for me to believe any real feelings that should first grow before the "I love yous/want yous" . I also don't understand other characters thrown in that barely had real meaning. Asher, who is supposedly her best friend, is hardly mentioned in the story after the initial introduction. The evil characters are predictable. The mysterious Ryker is probably the only one I liked...broody, moody, yet kind of caring, I hope he gets to be a bigger part of the future stories.
I don't know, the fact that I couldn't connect with these characters enough to care about them makes me think I might not want to read the rest...We'll see...Maybe I'll change my mind...
Read more
22 people found this helpful
Helpful
Report abuse

Andy @ Forever In A Story
4.0 out of 5 stars So good!!!
Reviewed in the United States on April 10, 2020
Verified Purchase
I read this because my friend told me to, and despite breaking my heart with Princess Ballot, I still trust her recommendations.

Lune Tatum has lived in her adopted father's city for eleven years. But she's determined to get out, and winning all three Elite Trials is her ticket to freedom. With Title of Choice, she can do anything she pleases, including going after her mother on the outside. Then a boy from her past arrives on her eighteenth birthday. Brendon threatens everything Lune has worked for and exposes memories she'd rather forget. It's only made worse when she's forced to train him for the Trials. Brendon holds dangerous secrets and isn't to be trusted at any cost.

I really enjoyed this dystopian/post-apocalyptic story about Lune and Brendon. It was a bit slow in the beginning, but I also wasn't in a huge mood to read. I loved Lune as a character. She's so strong and stubborn, which is something I can always relate to in a character. There were times I wanted to slap Lune because she couldn't make her mind up about Brendon, and the number of times she'd run away from something was infuriating. But in like a good way haha.

I loved the slow burn romance between Bren and Lune. Bren is such a freaking cinnamon roll, but ugh he frustrated me when he wouldn't tell me answers! I need to know what the heck is even happening in this world! There are small hints throughout the story that some characters may have supernatural powers and I NEED TO KNOW WHAT THEY ARE. Sadly, no definite answers in this book so I will be tormented until I pick up the next book haha.

The plot was so much fun! I love any kind of physical and weapons training, so I was hooked from the beginning. The last half also features each of the trials and holy cow were they terrifying and thrilling! Can't wait to be back in this world!
Read more
3 people found this helpful
Helpful
Report abuse

Allisa White
5.0 out of 5 stars Action-packed, Emotional, and Romantic
Reviewed in the United States on July 5, 2019
Verified Purchase
Reactive is fast-paced and action-packed, the stakes building and snowballing with every chapter. I couldn't stop reading. The author has compared her book to The Hunger Games, which I feel is an apt description in style. The story is told through the POV of Lune Avery, kidnapped at seven and abused by her adoptive father. She's willing to do anything to win the Elite Trials that would free her from Tatum City.

There are a lot of fun, and not-so-fun (but in a good way), twists. A lot of interesting reveals. But the plot never feels bogged down by it all. I think this might be true because this book is very character-driven. That's an odd thing to say about a book such as this, but Moynihan takes a lot of time with her characters. Lune's emotions and thoughts are at the forefront of the story, and they are powerful.

The ending is explosive. This book does well in setting up a sequel, though it didn't feel like it was all set-up. The ending, especially, make me want to read the sequel.

Lune is the main character of this story, and she takes a very active role. She is headstrong, experienced, motivated, snarky, and willing to do what it takes, no matter what. But she does have fears, some debilitating and some not so much. As I mentioned before, her emotions are an integral part of the story--there is no mistaking what she's feeling at any point in this book. It was easy for me to cheer her on, to laugh with her, and cry with her.

Bren, the love interest in the story, is also a fascinating character. A lot of things about him are purposefully hidden away, but what we do see of him is his strength, integrity, and indecision. He's also frustrating in many ways, but I felt it added to the story, added to Lune's frustrations enough that it didn't detract.

The romance between Lune and Bren is a large part of the story, and I really enjoyed seeing their relationship grow. The banter between them is hilarious at times, sweet at others. I'd also like to say that Becky is amazing at kissing scenes.

The world Moynihan has planted her readers in is both fascinating and brutal. The author doesn't pull her punches. Tatum City is a cruel place of tyranny, abuse, hazing, and punishment. Is there any doubt Lune wants to leave this place?

Tatum City is a place that stands after the Silent War, a war that took out 90% of the world's population. What's left are small populations like Tatum City, where those who want to survive must fight for it. The Elite Trials seem to be in the same vein as The Hunger Games, but it sets itself apart with the intricate details of the competition and the different dystopian aspects. Mutated, deadly horses and bears, strange decayed gadgets. It feels very much like a disintegration of modern society.

I'm excited to see how Moynihan expands this world because we see only a small part of it in this book. But what's there is well written and thought out.

Overall, this book is fun, action-packed, emotional, and romantic. I loved every second of it and can't wait to get my hands on the sequel.
Read more
4 people found this helpful
Helpful
Report abuse
See all reviews

Sarah Patterson
5.0 out of 5 stars Enjoyed!
Reviewed in Australia on February 16, 2019
Verified Purchase
Just can't wait t ok read the next book. Thank you for leading me into this whirlwind of mystery, suspense, love etc.
Read more
Report abuse

D
5.0 out of 5 stars Stars above! I’m hooked.
Reviewed in Australia on November 8, 2019
Verified Purchase
What a ride! This story has given me life! The characters are so likeable and the plot is ever-engaging. The twists were weaved in perfectly.

It had the combative undertones of The Hunger Games and a love story to match Divergent.

Nao
5.0 out of 5 stars Loved it!
Reviewed in Canada on May 2, 2019
Verified Purchase
Great book!
Read more
Report abuse
See all reviews