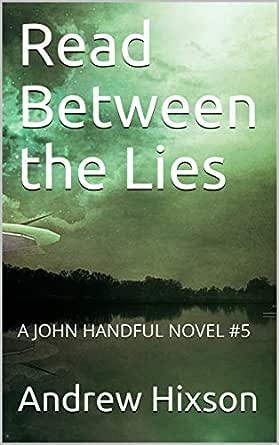 You've subscribed to THE JOHN HANDFUL MYSTERIES! We will preorder your items within 24 hours of when they become available. When new books are released, we'll charge your default payment method for the lowest price available during the pre-order period.
Update your device or payment method, cancel individual pre-orders or your subscription at
Your Memberships & Subscriptions
There was an error. We were unable to process your subscription due to an error. Please refresh and try again. 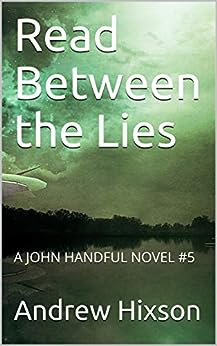 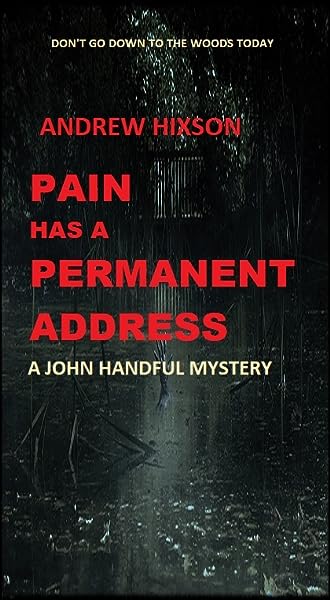 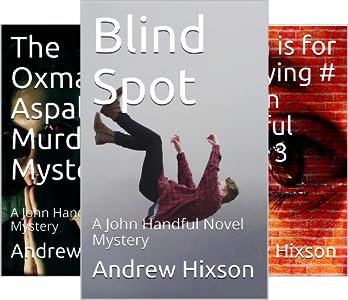 4.1 out of 5 stars
4.1 out of 5
5 customer ratings
How does Amazon calculate star ratings?
Amazon calculates a product’s star ratings based on a machine learned model instead of a raw data average. The model takes into account factors including the age of a rating, whether the ratings are from verified purchasers, and factors that establish reviewer trustworthiness.
Top reviews

Lonnie-The GreatNorthernTroll-Moore
VINE VOICE
3.0 out of 5 stars I found the mystery quite engaging.
Reviewed in the United States on August 18, 2019
Andrew Hixson keeps improving! This time I actually felt connected to the story... and it was really guite engaging. The mystery, around which the story revolves, really worked, but alas, our hero (John Handful) is just hopeless at times! He has a propensity to trust his eyes and not his gut instincts, he over analyzes about whether or not to jump, when he should be Freaking Jumping, and this always gets him into trouble! As in previous books in this series, characters often make the most nonsensical, almost laughable decisions, so yeah, that needs to be addressed, but otherwise I think that this the best one yet! Also there still seems to be a few loose ends like for instance who's driving the dark Audi? Why are they surveilling him?
I'm not sure why we have a new narrator as Michael Sharp's narration was perfectly acceptable in bk 4, but I have to admit Gerard Marquez gave a great performance!
The major problem I had with this audiobook, was with the production itself! The audio version of the book had so many mistakes... just within the first 3 or 4 chapters, there was a handful of repeated words and/or phrases, and those goofy mistakes were shotgunned throughout the entire book! So, Grrrrrr on the audio editor who allowed those mistakes to slip by!

Deedra
4.0 out of 5 stars Read Between the lies
Reviewed in the United States on June 29, 2019
This was a very good story,that I nearly gave up on.Narration by Gerard Marquez was fair to good at times.There were many repeated lines,especially at the beginning of sentences.There were long gaps between words in some sentences.He has a nice voice though. I was given this book by the narrator,author or publisher free for an honest review.
Read more
Helpful
Comment Report abuse
See all reviews from the United States

Archie
5.0 out of 5 stars THE BEST YET
Reviewed in the United Kingdom on January 20, 2019
Verified Purchase
I didn't think it was possible but READ BETWEEN THE LIES surpassed PAIN HAS A PERMANENT ADDRESS for sheer pulse-pounding thrills and as John Handful's investigation becomes more complex, his fate and the fate of others, become intertwined with a merciless, unpredictable killer
Read more
Helpful
Sending feedback...
Thank you for your feedback.
Sorry, we failed to record your vote. Please try again
Report abuse

Frank
4.0 out of 5 stars It is the best Andrew has wrote so far
Reviewed in the United Kingdom on December 15, 2018
Verified Purchase
Your guessing to the end of the book. Irritated by the typography. This is a must for murder/ mystery readers
Read more
One person found this helpful
Helpful
Sending feedback...
Thank you for your feedback.
Sorry, we failed to record your vote. Please try again
Report abuse

kame
5.0 out of 5 stars Book
Reviewed in the United Kingdom on May 28, 2019
Verified Purchase
A gift so did not read it.
Read more
Helpful
Sending feedback...
Thank you for your feedback.
Sorry, we failed to record your vote. Please try again
Report abuse