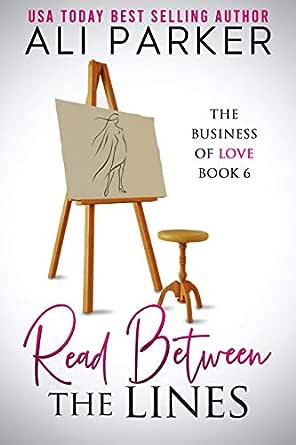 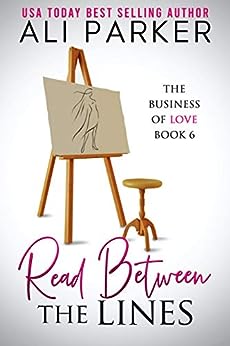 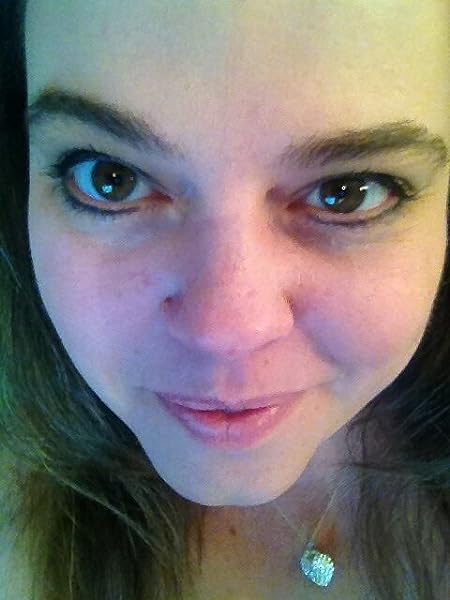 Read Between The Lines (Business of Love Book 6) Kindle Edition 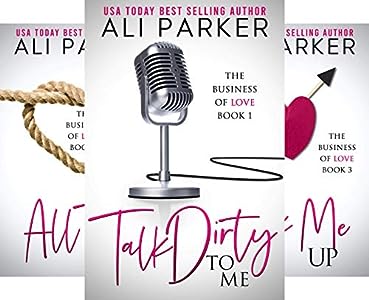 See what other Amazon readers are saying about Read Between The Lines...

"I read constantly & rarely remember characters but the characters in this book, Nora & Walker, stayed with me. Their opposing personalities were so well expressed & the story just flowed."

"Wonderful characters, well written storyline and the chemistry was explosive."

"You get so involved in the storyline and characters you will not be able to put the book down."

"This was such a great book. I really enjoyed Waller & Nora's story. The storyline was well written and the characters had amazing chemistry. This is a definite must read."

"Lots of bumps but in the end a happy ever after. Definitely a fun read."

"Only Ms. Parker can have the two of them finding true and lasting happiness and contentment together without it seeming to be contrived. The ending is perfect!"

"This was a book that you couldn't wait to find out how it ended, but you didn't want it to end because you were enjoying it so much!"

"Loved this story of free-spirited Nora, who loved to travel and Walter, a famous artist. Great love story of 2 people who were meant to be together. I've loved all the characters in this entire series."

"Another winner.. definitely more than 5 stars!"

4.6 out of 5 stars
4.6 out of 5
66 global ratings
How are ratings calculated?
To calculate the overall star rating and percentage breakdown by star, we don’t use a simple average. Instead, our system considers things like how recent a review is and if the reviewer bought the item on Amazon. It also analyzes reviews to verify trustworthiness.
Top reviews

Terri Eaches
5.0 out of 5 stars Nora and Walker Will Keep You Turning the Pages ❤❤❤❤❤
Reviewed in the United States on January 5, 2021
Verified Purchase
Oh yeah Walker's story is in living color!! Walker has it all, looks, manners, money and a career he loves. What he doesn't have is a girlfriend or a social life outside his close friends. Nora is just back in the states after a year long journey traveling. Escaping NYC and the stifling pressure of her parents go become a dentist Nora is giving it one year to get a job to secure the funds to resume traveling. One night with VIP access at a gallery fundraiser will changed the course if these two lives. She thinks the artist is a pretentious swine robbing hard working people by charging the price of a car for a glorified piece of paper. Walker listens to the beautiful woman beside him totally rake has work over the coals not knowing who he is and becoming more intrigued by the second. So when Nora finds out who Walker is she is mortified and then he shames her into a date. Yep you heard right. That date turned into another then another until they didn't get enough of each other. She's a breath of fresh air for Walker, snarky, independent and didn't care for his money. But what happens when Nora gets a dream job of traveling and writing articles about it? She can't in good conscience make him wait for her so she ends it. Can Walker make her understand that he'd travel the world just to be with her?? This is a MUST READ!!! The characters are so great together and it's a bonus to catch up on previous characters. Another amazing and heartfelt story from Ali Parker that will have you turning the page and soaking in each word. I voluntarily reviewed an ARC if this book and happily purchased a copy for my favorites collection. Can't wait to see what comes next.
Read more
Helpful
Report abuse

Jennifer Soppe
5.0 out of 5 stars An excellent romance read
Reviewed in the United States on January 2, 2021
Verified Purchase
Nora, a wandering soul, has come back to New York after a year backpacking across Europe and is dragged to an art show where she speaks to Walker, the artist and gallery owner, about her thoughts on art. As the story progresses embarrassment ensues, a second chance is given, and what you think you want may turn out to be the opposite of what you can live with. Ali Parker’s Read Between the Lines is an excellent romance read with a snarky female lead and charming male lead.

I received a free copy of the book from the author. I had the opportunity to review or not.
Read more
Helpful
Report abuse

Jodi Dees
5.0 out of 5 stars Loved it
Reviewed in the United States on January 2, 2021
Verified Purchase
Oh I just loved Walker and Nora story!! They had such a connection!! The way they first met and her not know he was as the artist she was there to see his work with her friends and just the whole interaction between them was so funny!! I loved the whole book and I would recommend it to everyone!!
Read more
Helpful
Report abuse

skikern
5.0 out of 5 stars Great Romance Read
Reviewed in the United States on January 4, 2021
Verified Purchase
Another great read by Ali Parker. I really loved Walker and Nora. The characters are well-developed and have chemistry. The story is interesting, well-written, with a happily ever after.
Read more
Helpful
Report abuse

Deb Sampson
3.0 out of 5 stars A fun romp, could be better with strong female character
Reviewed in the United States on January 4, 2021
Ali Parker
Read Between the Lines
I can always count on Ali Parker for a fun romp of a read. This is that, but it could be so much more. The heroine, Nora, is no air-head bit of fluff. She’s educated, she spent a year on her own wandering Europe, she has a strong sense of self. But the author neglects those aspects of Nora’s character. When her cousin and roommate brings in another roommate while Nora is abroad, Nora threatened by the new roommate. She’s threatened by both roommates succeeding in their careers. Nora is afraid of how her parents will react to her decision to do almost anything to not be a dentist like her parents and to afford to travel again. In spite of all her strengths the author turns her into a simpering little girl and a people-pleaser. When she finds a career that combines a skill for writing, which we didn’t relay know about, and her love for travel, it isn’t so much a career as an excuse to travel with the handsome, talented boyfriend. We actually learn more about Walker’s creative process than about Nora’s. Not even Nora sees herself as a successful writer traveling for work. When confronted with alcohol in her morning coffee in Rome, she laughs it off because “we’re on vacation, why not?”
A few attitude tweaks for Nora and this would be a good romance that empowers women.
I received an advance reader’s copy in exchange for an honest review.
Read more
Helpful
Report abuse

Annaluvs2read
5.0 out of 5 stars Open mouth and insert foot
Reviewed in the United States on January 6, 2021
Nora is a traveler and enjoys seeing the world but after being gone she is by in NYC. When Nora’s roommates all but force her to go to an art show she proceeds to speak about how ridiculous it is to pay so much for a piece of art and that the artist is ripping people off by charging so much. As Nora proceeds to bash the art and the artist she doesn’t realize that Walker is listening to her conversation. Who is Walker, well he just happens to be the owner of the art gallery and the artist that Nora is bashing? What a way to meet talk about putting your foot in your mouth. Walker is taken by Nora and likes her spunk and attitude and decides that she can make it up to him by going on a date.
Ali always delivers a wonderful story and this one is no different. Great characters with plenty of chemistry and the storyline was very enjoyable. This is a must read and, in my opinion, 5star worthy. These is my honest opinion and I am voluntarily leaving my review for the arc copy that I received. :)
Read more
Helpful
Report abuse

Readergrl90
5.0 out of 5 stars Captivating & Heartwarmingly Passionate!!!
Reviewed in the United States on January 7, 2021
Wow Ali Parker has once again hit it out of the park with her new and final novel in the Business of Love series. Read Between the Lines was the perfect way to end the series. Nora and Walker were perfect together and their story was filled with heart, sass, and humor. Nora is a woman who believes a man will not hold her back from accomplishing what she wants most out of life, yet she fears failure and battles with moments of doubt. Walker is a man who doesn’t believe love is the be all end all in life, until it hits him in the face. These characters were so relatable because I mean really who hasn’t been afraid of failing or had moments when they thought they weren’t making the right choice at some point in their lives. Read Between the Lines is a must read that captivate readers hearts with its witty humor, heart, passion, and romance. I can’t wait for the release of a new book from Ali Parker.
“I voluntarily reviewed an ARC copy of this novel.”
Read more
Helpful
Report abuse
See all reviews