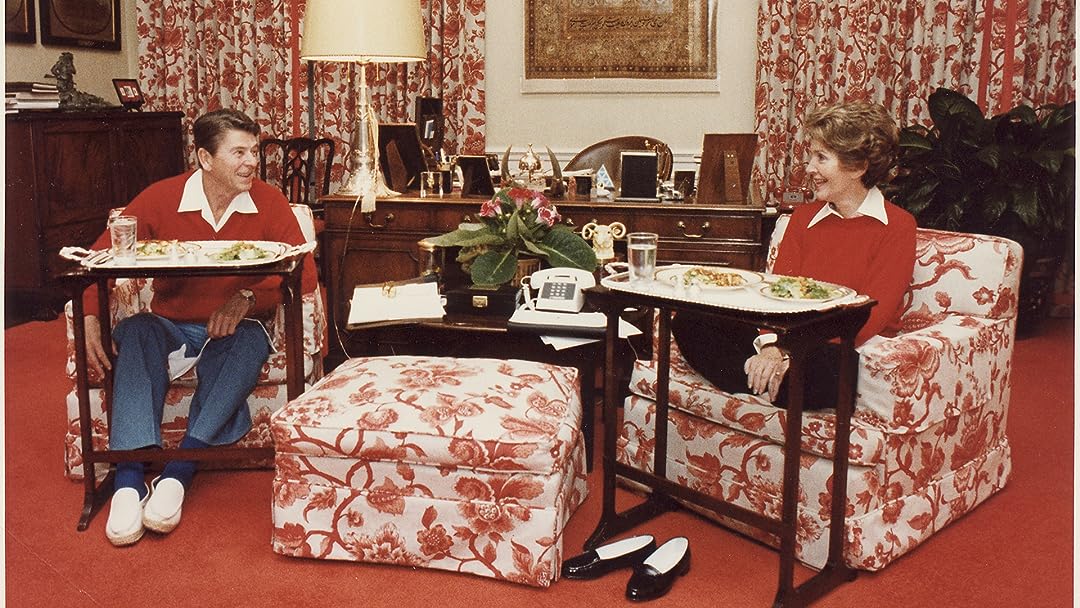 Included with SHOWTIME on Amazon for $10.99/month after trial

Watch with SHOWTIME
Start your 7-day free trial
Add to
Watchlist
By ordering or viewing, you agree to our Terms. Sold by Amazon.com Services LLC.
Write review

Darby ShawReviewed in the United States on December 1, 2020
1.0 out of 5 stars
dumb
dumb
80 people found this helpful

BruceKReviewed in the United States on February 19, 2021
5.0 out of 5 stars
Excellent, well-balanced documentary on Ronald Reagan ( w/ bashing from the extreme right )
Verified purchase
Right from the front, I am not a fan of Ronald Reagan, and especially not a fan of
the beatification and mythologizing of his deeds and image. I won't go into and
argue all the reasons I dislike Reagan, but I will say I recognize his skill in acting
and self-promotion and it is terrifying for all the reasons the last 4 years have been
so divisive.

This documentary included commentary from all the people who knew him, his
family members now and in interviews from the past. To say it is biased or
propaganda from the Left is to ignore tons and tons of very good information
and stories that reveal who Ronald Reagan was. Maybe the smoother and more
responsible, though not by much Donald Trump of the 1980's.

I think anyone on either side of Reagan could benefit from watching this documentary,
it was very well done. I have to give this a 5/5 for being well done, accurate and
presented in a objective way. The standard definition version is available for sale
on Amazon for $6 which is less than a month's subscription to Showtime. A bargain
and an education to fill in missing understanding of the 80's.

I don't need to tell any serious readers that most of the reviews that detract from this
remarkable work are hissy fits from those who cannot deal with the reality of this
American President without making a big scene. Highly recommended, 5/5.

Rick TubbsReviewed in the United States on April 15, 2021
1.0 out of 5 stars
None of this documentary did justice to a great President & great human being
Verified purchase
Whoever made this was guilty of trashing a great President that did great things for America
18 people found this helpful

Bala NceReviewed in the United States on December 11, 2020
1.0 out of 5 stars
Attempted Tarnishing of a Great President
An unfortunate attempt at a takedown of Ronald Reagan by leftists. I'm no "right-winger" or trump goon - I consider myself politically independent and have voted for both parties in the past. But, I can honestly say that this, borderline fiction, film (it's not a documentary) is extremely biased with Marxist/BLM leftist commentators, like Wiley and Johnson, and their ideology, whose sole aim is to unabashedly tarnish Reagan's legacy.

No mention of Jimmy Carter's inept handling of the economy and the inheritance of that economy as well as a demoralized nation by the incoming Reagan Administration, who strove for eight years - and succeeded - in restoring America's pride and our place in the world. Not to mention a strong foreign policy which led to the ultimate downfall of the Soviet Union.

President Reagan had missteps and should have taken more action on AIDS (Fauci is right about that) as well as a more nuanced approach to the drug epidemic, and he should've done more to prevent/foresee Iran Contra; but on balance what Ronald Reagan did for America's national pride and our belief in ourselves was unparalleled since FDR. He gave us our national identity back and he is one of our greatest presidents.
41 people found this helpful

Christopher HausmannReviewed in the United States on May 2, 2021
5.0 out of 5 stars
Thumbs up
Verified purchase
Good docuseries, seemed a little biased against the Reagans but the directors lefty point of view, only endeared them to me more! Lol
One person found this helpful

sandyReviewed in the United States on May 19, 2021
4.0 out of 5 stars
interest
Verified purchase
liked it and I am a dem. lol
One person found this helpful

Edward BM Raskiewicz, MDReviewed in the United States on February 27, 2022
1.0 out of 5 stars
Two ballonheads running the government. God help the USA.
Verified purchase
Two dummies who lived the good life because of General Electric.
2 people found this helpful

Daniel BaderReviewed in the United States on December 2, 2022
2.0 out of 5 stars
OVER SIMPLIFIED POLTICAL HIT JOB.
Verified purchase
Basically Ronald Reagan Junior's issues with his parents and leftist political critics cherry picking Reagan.
See all reviews
Back to top
Get to Know Us
Make Money with Us
Amazon Payment Products
Let Us Help You
EnglishChoose a language for shopping. United StatesChoose a country/region for shopping.
© 1996-2022, Amazon.com, Inc. or its affiliates