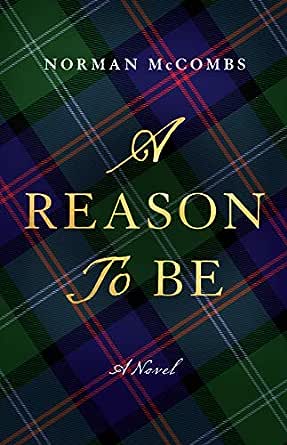 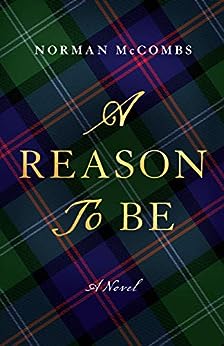 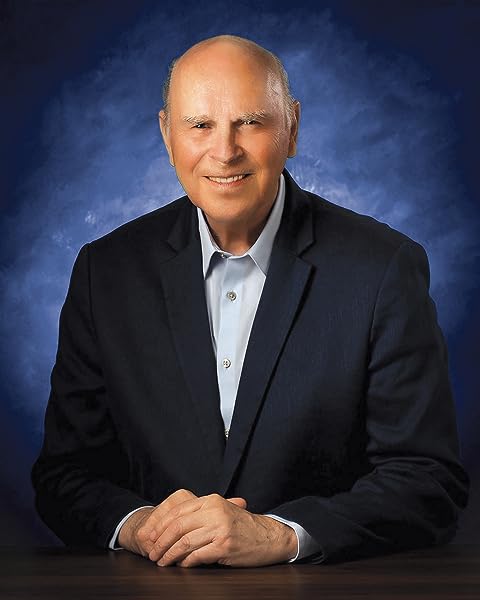 A Reason to Be: A Novel Kindle Edition

Norman McCombs was born in Amherst, New York, in a home built by his immigrant father. He graduated from Amherst Central High School, where he met his late wife, Grace. Norman went on to earn an AASEE from ECTI, along with a BSME and an ScD from State University New York at Buffalo while serving in the New York Army National Guard. --This text refers to the hardcover edition.

Grady HarpTop Contributor: Children's Books
HALL OF FAMETOP 500 REVIEWER
5.0 out of 5 stars ‘I’m a MacThomas!’
Reviewed in the United States on September 1, 2020
Verified Purchase
New York author Norman McCombs earned his degrees in electrical and mechanical engineering from Erie Community College, the State University of New York, Buffalo, and the Export Compliance Training Institute and is a Fellow of American Society of Mechanical Engineers. He is a highly awarded inventor, having created Oxygenator (a medical device used during cardiac bypass surgery) and over two hundred other inventions, being awarded the Edison Medal from the American Society of Engineers and the National Medal of Technology and Innovation from President Obama. Of note, it was in response to this latter award ceremony that McCombs brought his focus to his heritage and in doing so initiated the inception of this novel. He is also an artist – a sculptor, classical guitarist, and a Commander of the Chaine Rotisseurs!

Much of the beauty of this engrossing novel flows from the fact that it is based loosely on the author’s life and heritage. The journey reflects his personal response to his beloved wife Grace’s death after her struggle with Alzheimer’s, his own subsequent depression and recovery, and his passion for understanding his genealogy. The parallels are sharply focused while being enhanced by the author’s obvious skill at literary composition. His story begins with a Prologue set in 15th century Scotland with young brothers Douglas and Thomas relinquishing their tartans as their father honors their past - “We are descended from a great line of men. From William, the 7th Chief of Mackintosh, the 8th of the Clan Chattan, who reigned during the great Scottish King David II.’ With the Scottish lineage established the novel opens in contemporary New York.

A REASON TO BE is loosely based on McCombs’ life and has been condensed as follows: ‘Douglas McCombs is an accomplished engineer and recent widower driven to discover the truth of who he is by studying the people and places he comes from. After losing his wife to a battle with Alzheimer’s, Douglas is left devastated until a chance encounter with a sharp, compassionate librarian named Suzy Hamilton on the steps of the New York Public Library shakes him from the throes of grief. With Suzy’s help, Douglas takes up genealogy and begins an investigation into his Scottish lineage that takes the reader on a sprawling journey through time and the remarkable lives of Douglas’ ancestors – from the legendary highland clan chiefs and American war generals to humble farmers and family men. As he traces his ancestry through the generations, Douglas manages to discover not only the roots he was searching for but also a brand-new reason to be.’

The novel format allows the author the opportunity to share his life’s experiences through the gently subtle life of his main character. Throughout this absorbing and sensitive quest and romance development, McCombs offers insights into honoring our heritage while embracing life at the now moment. ‘Love is a magnet. It pulls people toward each other that are of the same pure energy, same light.’ Sensitive and compelling, this novel is yet another trophy to place on this important hero’s mantle! Very highly recommended. Grady Harp, September 20

Joanne Bilodeau
5.0 out of 5 stars Adventures in discovery of a Scottish nature.....
Reviewed in the United States on October 8, 2020
Verified Purchase
I loved this book from start to finish. One of the best parts of this book is that the beginning had the author's family tree, I thought that was very cool. My dad is Scottish so this book had a lot of interest for me. The Prologue of the book was cute with the dialogue of the boys, waiting in the heather and watching their father from a distance. I love that the author delves into his family history and things about himself. His wife, Grace passed away from Alzheimer's and he dedicated the book to her, which I thought was really sweet. The book is awesome from beginning to end, anyone who has Scottish heritage or family will love it. Everything from the description of the tartan and more. The author discovers things about his ancestors from Scotland. My dad used to tell me stories of his boyhood adventures with his cousins, since he was an only child, and this book reminds me a lot of those stories he told. It was great that the author is descended from the seventh chief of Mackintosh, who reigned during King David the 2nd. Adam and Sorald were the heirs but they could not be acknowledged due to them being born out of wedlock. In the beginning there is a story told about Big Thomas, who is one of the son of one of the original heirs, Adam, I found it a very interesting tale of on the battle field, of how Thomas is a MacThomas, and a great show of strength of two clans.
Everything about this book was amazing and profoundly interesting to me. If you love Scottish tales then this book is for you, if you love heritages of and from Scotland then this book will definitely interest you.
I am giving this book a full 5 stars but I wish I could give it more.
Read more
Helpful
Report abuse

Molly MU
4.0 out of 5 stars The power of one
Reviewed in the United States on October 12, 2020
Verified Purchase
Several years ago, I came across a story called The Power of One. Throughout this book, a continuous theme is threaded throughout and that is knowing that as an individual, we have to take care of ourselves in order to do anything successful in life. In A Reason to Be, Douglas McComb must also learn this valuable lesson. Readers quickly learn that Douglas is grieving the loss of his wife, whom he has taken care of for countless hours. He wonders how he will go on and fill this empty void in his life. However, slowly Douglas’s life begins to turn around, first beginning by getting himself out of bed, going on walks and building relationships. During one of his walks, he meets Suzy. Suzy and Douglas begin to develop a relationship and she helps him realize that he can turn his life around, enjoying memories from the past and creating new memories. He also begins how love of self and love of others can transform his life. He also takes on learning about his Scottish heritage and his ancestors. Douglas also begins to realize that not only can he fill his void in his life from his wife, he can conquer his fears and make his ancestors proud by living his best life. Normally, I do not find myself reading books that seemingly fall into the category of historical fiction, but I could not put down this story. I wanted to know what becomes of Douglas and how he can inspire others to love himself and embrace his journey. I felt inspired to keep going, even when the going gets tough and realize that, like Douglas, the power of one is strong.
Read more
Helpful
Report abuse
See all reviews

Susan Keefe
5.0 out of 5 stars Braveheart meets Love Actually in this incredible journey of discovery.
Reviewed in the United Kingdom on August 31, 2020
Verified Purchase
As this compelling story begins we find the protagonist Douglas McCombs distraught, having nursed his wife Hope, the love of his life, with Alzheimer's for the last 5 years, she has died. Grief-stricken he falls into the deepest of despairs and goes to that place only those who have lost love ones will know. Unable to remain in the family home he moves to an apartment and there gives up on everything, his reason to be lost…

Luckily his good friend called Mark calls to see him and is devastated by the shadow of a man Douglas has become. Gently he reminds him that he is an accomplished man with hundreds of patents and inventions to his credit, and reflects of the time when he was at the White House receiving the National Medal of Technology and Innovation for his inventions and advances in health science technology from the President, reminding Douglas about his own incredulity that he was actually there, and how he asked himself, was it his upbringing, his wife Hope, or his Scottish ancestry?

Finally, Mark wins him over and thus beings his re-emergence into normal life, catapulted forward by a chance incident which is just the catalyst he needs, the meeting of librarian Suzy Hamilton. Encouraged by her love of research, suddenly he finds himself rekindling his need to discover himself through his genealogy, which traces back to Scottish clans with their fierce pride, and loyalty. His journey takes him across the world, places his ancestors at important historical events, and introduces him to the determined and strong men, and women, whose blood flows through his veins.

Coming from Scottish roots, I know first-hand of the deep pride the Scottish feel in their family, its roots, and the glorious country which is their home. No matter where in the world they are, you can’t take Scotland out of a Scot, and I should know, living in France. This feeling and strength grows steadily in Douglas as he begins to understand more, and more, his family and how it has evolved including the sacrifices each generation has made for their children.

With these revelations come other more personal ones, as he slowly begins to permit himself to feel again, he learns anew how to smile, look forward to life, and yes, he even rediscovers his reason to be.

At the beginning of this incredible story there was heartrending sorrow, and then slowly the pages like petals unfurl, and with them so does Douglas. Emotions grow and events unfold until eventually, having feverishly been unable to put it down, I discovered with great sadness that I had reached the end of the most incredible story, I have ever read. Highly recommended!
Read more
Report abuse
See all reviews