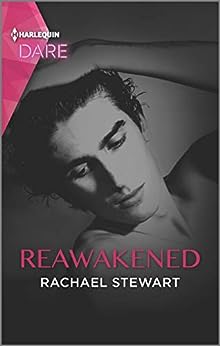 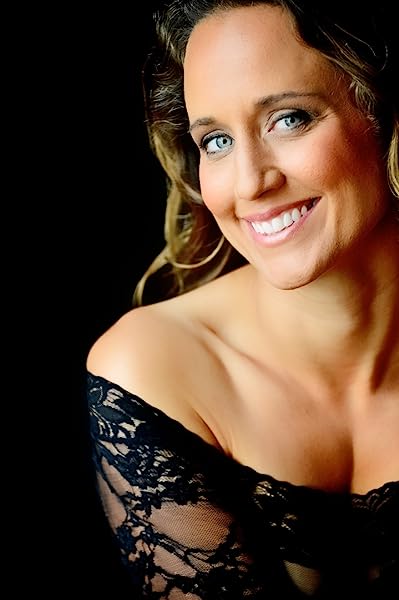 Proud Book Reviews
5.0 out of 5 stars When does Rachael ever not write an amazing story with a deeper meaning?
Reviewed in the United States on June 10, 2021
Trigger Warnings
This book contains:
• Off page character deaths
• Explicit sex scenes
• Some coarse language
Characters
Olivia is a CEO who lost her husband a year ago and since then has been living her life as if any moment could be her last. She’s confident, successful and knows what she wants.
Valentine, however, is the PR expert who’s been hired to reign in Olivia before she kills herself or permanently destroys the reputation of the charity her and her husband founded. He’s gone through his own trauma with his wife dying seven years previously.
Storyline
Olivia is spiralling out of control and Valentine is called in right as she takes the plunge in a BDSM club. That one night and the events that follow set the tone for Oliva and Valentine’s entire relationship.
As they work together, their attraction is undeniable and of course it’s not long until it comes out in all the ways it shouldn’t and they learn more about each other than they every thought possible.
Overall Thoughts
Rachael has a tendency to create compelling, sexual stories that capture the very essence that a lot of us wish for. Many of us wish for that instant attraction, the chemistry you just can’t deny. But most of us never get there.
Yet, even amongst those aspects, she always includes a theme. A theme that’s powerful and needs to be heard. While she has included the family violence theme before, she hasn’t done the angle where you’re willing to go along with it because it makes you happy too.
In that way, this is a new angle that also shows how subtle the control can be that still forms a part of family violence. The problem is, where’s the line between wanting to be a better person for someone and it being family violence?
That very question is why I love the fact that Rachael brings it up in her books and makes us think about it. If we can’t think about it, we can’t talk about it. And if we can’t talk about it, we can’t improve on it.
Read more
Helpful
Report abuse

Ann L.
5.0 out of 5 stars Truly Steamy Romance
Reviewed in the United States on May 25, 2021
Harlequin has closed it’s Dare line, and June’s offerings are the last Dare novels we’re going to see released – but at least in the case of Reawakened, the line is going out on a stratospheric note. The story opens with the heroine in a sex club, and readers are put on notice immediately that this book has some BDSM content. Readers looking for edgier category fare, this is definitely one story to take a look at. Like all Harlequin novels, the story rests solidly on the relationship developing between Olivia and Valentine, and boy is it a doozy! Both have lost significant others and are still working on their own recovery, though in wildly different ways. Written in alternating first-person POV, Stewart provides a vibrant lens on the intense (and not necessary expected or wanted!) development of feelings between our hero and heroine. I adored seeing Olivia through Valentine’s eyes and Olivia’s fascination with Valentine. The plot has some older woman/younger man elements, some intriguing without being hardcore BDSM elements, and a lot of opportunity for our characters to really get to know each other. Olivia and Valentine are wonderfully drawn, emotionally complicated characters and I loved reading about how they found their HEA. This is a wonderful read for fans of steamy romance!

Olivia and Valentine are very interesting characters. There is quite a bit of heat between the two characters, even in the beginning, which definitely makes this a pretty hot read. This author is very good at creating complex relationships while bringing the sexy in, and it makes for a compelling read.

I love the writing style and the pacing. The attention to details kept me invested in the story. The characters came alive, and I really enjoyed reading their story.

Reawakened should definitely be on your TBR!

Thank you to Rachel’s Random Resources for the opportunity to be on the blog tour and for the review copy of the book. All opinions are my own and unbiased.
Read more
Helpful
Report abuse

Joyce M. H.
5.0 out of 5 stars Enjoyable Read
Reviewed in the United States on May 25, 2021
This is my first time reading anything by this author and since the Dare line is be discontinued; it’s good to know that she is still writing for Harlequin. Looking forward to reading more books by Rachael Stewart. I so loved this book.

It was such a pleasure to read about an older woman in her forties finding love. Don’t know if I would’ve gotten with someone 16 years younger than myself; but it worked Olivia and Valentine.

Olivia is on the naughty side and Valentine has been sent to lets just tame her; but who is doing the taming Olivia or Valentine? This book is sexy, the chemistry is awesome, the characters are great together. Older woman younger man what a book.

avidreader4ever
4.0 out of 5 stars who will be awakened?
Reviewed in the United States on May 25, 2021
Valentine is a public relations expert by the board of the company Olivia to help her calm down her current decision to live her life to the fullest on her own terms following the death of her husband. Although he is sent to help with damage control, when he encounters her she moves something in him that does damage to his ability to carry out his mission. Valentine and Olivia have things in common and their connection and chemistry is real. His mission is to reawaken her sense of propriety but will she instead reawaken his passion and desire ? This is a steamy, older woman younger man somewhat edgy story that packs a punch.

Miss PC Roscoe
5.0 out of 5 stars You won't regret this read!
Reviewed in the United Kingdom on June 21, 2021
Verified Purchase
Sexy? Yes! Naughty? Absolutely! But at the heart of this blistering age gap romance is an emotional complexity that makes it stand out. Hearts are healed as much as backsides are spanked – both of which bring goosebumps and heart squees all the way to the happy-ever-after! You won’t regret picking up this fabulous romance.
Read more

5.0 out of 5 stars You won't regret this read!
Reviewed in the United Kingdom on June 21, 2021
Sexy? Yes! Naughty? Absolutely! But at the heart of this blistering age gap romance is an emotional complexity that makes it stand out. Hearts are healed as much as backsides are spanked – both of which bring goosebumps and heart squees all the way to the happy-ever-after! You won’t regret picking up this fabulous romance.
Images in this review