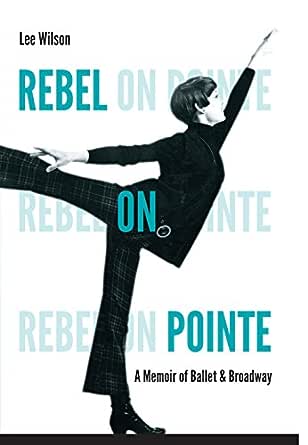 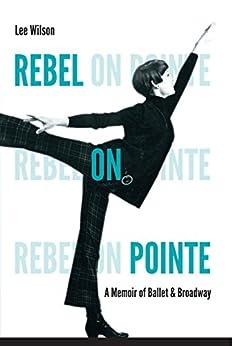 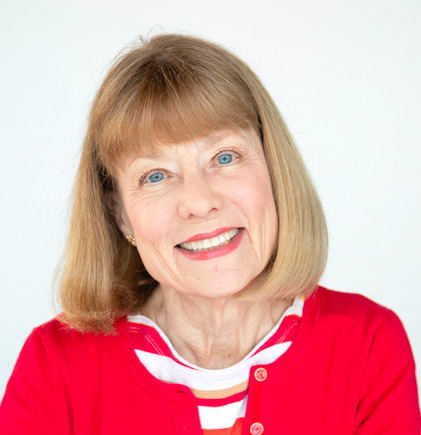 Rebel on Pointe: A Memoir of Ballet and Broadway Kindle Edition

"A fascinating personal account of a world that most people will never experience."-- WEHO

“One terrific read that fans of all ages will enjoy for its clear storytelling, historic perspectives and histrionic characters from someone who lived to see the status of women greatly elevated, and who was herself a part of that story.”—Critical Dance

"This compelling story takes us on the journey from youthful inspiration through a professional career as a Broadway singer/dancer. Her early foray into the world of ballet is both inspirational and heartbreaking."-- The Gypsy Chorus

“Will make you laugh and cry. Rebel on Pointe is a book that everybody should read if they’re interested in ballet or the entertainment industry.”—Movieguide

“Her story of taking classes alongside Margot Fonteyn and Rudolf Nureyev, being mentored by Native American ballet star Rosella Hightower and later dancing on Broadway, is captivating….Her tales of life as a young ballerina in Europe make one want to read similar musings on the rest of her career. Let’s hope there’s a sequel in the works.”—Lisa Jo Sagolla, Mediander Blog

"Best of the best.”-- Association of American University Presses

“Delightful… Lee’s book takes us into a world of beauty, hard work, and determination.”—Broadway World
--This text refers to the hardcover edition.

Lee Wilson danced for royalty in Europe, gun-toting revolutionaries in Algeria, American aristocrats at the Metropolitan Opera, and a galaxy of stars on Broadway. She is an award-winning writer, producer, and actor living in Los Angeles.
--This text refers to the hardcover edition.

Clayton Guiltner
5.0 out of 5 stars Highly recommend this American success story
Reviewed in the United States on July 1, 2015
Verified Purchase
I thoughoghly enjoyed this book for a number of reasons, and would highly recommend it to anyone interested in reading the remarkable account of the life of a true American performer who was able to pursue her dreams and find great success in an art form that most people see as only a hobby and not a profession. The first aspect of the book that I love is being transported to a time in history that I did not experience but love to read about - the 1950s and 1960s. I love living Lee's journey with her as she vividly describes life in NYC and Europe as a young artist in the 50s and 60s. Her vibrant storytelling allows me to be transported to that era and those locations. The other aspect I love is her ability to help the reader understand terms and the intricacies of professional ballet and theatre. I don't have to be a dancer to understand the world in which they work because Lee does such a nice job of educating me along the way about the art form. Finally, I find the way she speaks about the role women have played in society as a true historical account of perceptions and struggles women often faced. Lee gently weaves these themes throughout the book, establishing it from her point of view without preaching or complaining about the plight of women in society. Lee's story proves that the performing arts as a profession comes with major sacrifices, superhuman strength, discipline, and training. Her journey is truly inspiring, and I recommend this book to aspiring artists, performers, women, and all Americans who could use a break from the gloom of the negative and want a taste of positive.
Read more
5 people found this helpful
Helpful
Comment Report abuse

Lisa D.
5.0 out of 5 stars "Rebel on Pointe"
Reviewed in the United States on October 14, 2016
Verified Purchase
First and foremost, Lee Wilson's memoir is both lyrical and literate. She has beautifully encapsulated the world of the dancer in an enjoyable manner, keeping it accessible to everyone, whether dancer, non-dancer or balletomane. Furthermore, hers is a personal, unique story deftly framed within an historical context. The result is a book which both shares her exciting life, even while subtly educating the reader. By the end of the book, we know much about Lee Wilson, the people who populated her growth, as well as the world in which she grew up.

Bottom line, Wilson utilizes formidable observational skills in this memoir of clarity, focus and grace. It's a great read, fast, informative and fascinating.

J Smith
5.0 out of 5 stars Fantastic read for dancers and non dancers!
Reviewed in the United States on October 29, 2017
Verified Purchase
Lee is an amazing woman who shares her life and passion with her readers. I think dancers and non dancers would love this glimpse into the world of ballet and Broadway. I loved it and read it in one sitting. Her life has been a wonderful parallel to the history of ballet in the United States and Europe. She’s done it all! It’s a fast read and you really get a marvelous backstage look into what it takes to be a professional dancer. I also love the way she educates the reader in the history of ballet in the modern era. I want a sequel now!!!
Read more
3 people found this helpful
Helpful
Comment Report abuse

mike ellis
4.0 out of 5 stars Surprisingly Informative and Witty
Reviewed in the United States on October 13, 2014
Verified Purchase
Surprisingly informative, witty and charming just like I found the author to be at a book signing at one of my favorite book stores. In talking with her, I found Lee to be a gifted speaker and after reading the book a gifted writer. Her story is of one person's journey to not only be taken seriously but how with courage and fortitude a woman can be successful in a man's world by defining her terms and her world around her in a positive and encouraging manner. Void of gossip and negativity, Rebel On Point is quite refreshing and a good reminder of no matter how far equality has come, there is still work to do. I bought a copy and had Lee sign it, I also bougth another copy for a friend of mine who is a ballet enthusiast.
Read more
3 people found this helpful
Helpful
Comment Report abuse

Jerry Lippey
5.0 out of 5 stars You don't need know anything about the dance world...
Reviewed in the United States on December 14, 2016
Verified Purchase
Lee Wilson takes us on a personal journey from her childhood into her early twenties. Not content with the constraints of females during the 1950s, she set her sights on financial independence at an age when most would be unaware it was possible. To this reader, it's the story of a teenager's unusual insight, determination, and hard work.

The author has a flair for storytelling. We are drawn into her memoir especially by the personal details she reveals about herself and her associates. I know as much about the dance and Broadway worlds as Wilson probably knows about differential equations. So that's all new for me. Nonetheless I find it an excellent read.
Read more
3 people found this helpful
Helpful
Comment Report abuse

Robert
5.0 out of 5 stars A great book for anyone involved in or interested in the performing arts!
Reviewed in the United States on September 25, 2014
Verified Purchase
This is a really great read! Lee Wilson writes very well and is a great storyteller. I was engrossed in this book from start to finish. This book will appeal to dancers of all kinds and ages, girls and women of all ages, and anyone interested in the performing arts and how the role of women has changed and evolved since the 1950s when Lee Wilson started taking her first dance classes. There are also lots of interesting tidbits and stories about many famous dancers and choreographers, and many wonderful insights into the world of a professional dancer. Buy this book!
Read more
9 people found this helpful
Helpful
Comment Report abuse

Michael Shapiro
5.0 out of 5 stars A Journey of Passion and Dedication
Reviewed in the United States on February 23, 2017
Verified Purchase
Lee Wilson has written a book of delight and of passion for one's art with this life's adventure into the world of Ballet and Theater. Being an actor and performer myself, I was thrilled by the stories of the Ballet and Theater world of the 1960's and 1970's. It was fascinating to learn of the origins of many of the most famous ballet dancers and dance companies in both the US and Europe. Coming from the suburban world of the 1950's to the world's finest stages in Europe, Lee paints a world of passion, discipline and dedication to a craft. I loved it.
Read more
2 people found this helpful
Helpful
Comment Report abuse
See all reviews from the United States