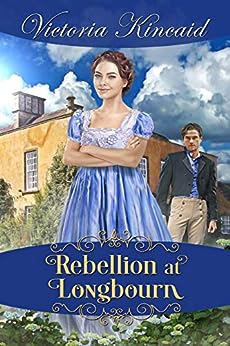 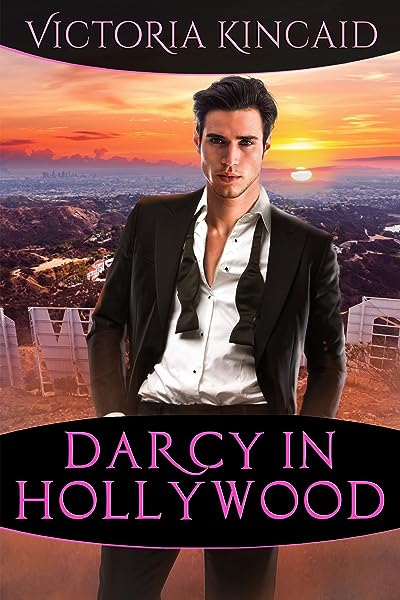 Rebellion at Longbourn: A Pride and Prejudice Variation Kindle Edition

4.3 out of 5 stars
4.3 out of 5
83 global ratings
How are ratings calculated?
To calculate the overall star rating and percentage breakdown by star, we don’t use a simple average. Instead, our system considers things like how recent a review is and if the reviewer bought the item on Amazon. It also analyzes reviews to verify trustworthiness.
Top reviews

Megami
VINE VOICE
5.0 out of 5 stars 5 stars -- favorite JAFF author
Reviewed in the United States on June 2, 2020
Verified Purchase
This author is a must read for me, particularly when the story is focused on Elizabeth and Darcy. She always uses original premises that I have rarely (if ever) seen and writes them beautifully.

In this one, she uses my favorite antagonist, Mr Collins, to stir up trouble. Instead of a Botched Proposal at Hunsford, Darcy keeps his pride and Elizabeth her prejudice (and vice versa) due to Mr Bennet suddenly falling ill. He recovers at first, but is finished off when confronting Wickham over Lydia's elopement and Longbourn goes to Collins. Darcy, meanwhile, has taken his sister and Bingley to Canada and so knows nothing about what has happened to the Bennets post-Kent. And so the story begins two years later...

It should be no surprise to anyone that Collins is a terrible landowner with a horrible habit of listening to Lady Catherine. This leads to various financial difficulties not only for his family, but the tenants, as well. Elizabeth won't stand for his lazy cruelty, however, and decides to do something about it. This is where the teachings of Mary Wollstonecraft become important to the plot; the author does an excellent job of helping the reader to see from the perspective of a woman of this time period. She's helpless to do anything for herself, even should she want to, faces patronization from almost everyone and is essentially property to whatever male she's dependent on. I liked how Elizabeth came to realize this in her new situation and how she also helped Georgiana realize her own life goals. We also got to see Darcy "properly humbled" when faced with a perspective not his own. Specifically, he objected to the deception that Elizabeth was forced to employ to undermine Collins, even when he agreed with her that the toad was being stupid and unfair. It took a reality check for him to recognize that complete honesty is a luxury that only very wealthy men can enjoy while the rest of society must shift for themselves in a world which wasn't designed with them in mind. I thought it was an interesting concept for Darcy to learn and it made sense with his famously blunt style of honesty.

If I had a criticism, it would be that Darcy was a bit wishy-washy throughout. You know from page one that he wants to marry Elizabeth but that her lowered status prevents him from offering right away, but by the time he's getting all jealous over a misunderstanding you kinda want him to get on with it (thankfully, he does right about then). And I thought Elizabeth's epiphany that accepting Darcy's proposal would benefit her sisters was a little "well duh, Lizzy," but it was a single moment of silliness. Obviously neither of these complaints amounted to deducting a star.

Excellent book, I'll read it again. My favorite is still "The Secrets of Darcy and Elizabeth," tho.
Read more
19 people found this helpful
Helpful
Report abuse

JG
1.0 out of 5 stars Social justice at Longbourn
Reviewed in the United States on June 5, 2020
Verified Purchase
Not interested in a tale where ODC is the subplot to feminist Lizzy leading a social justice rebellion. If you want to do that make the setting modern instead of trying to force those things into a time period they don't belong or better yet, leave Austen out of it all together.

JKomTop Contributor: Cooking
TOP 1000 REVIEWER
5.0 out of 5 stars Creative story, well-crafted and well-edited
Reviewed in the United States on August 29, 2020
Verified Purchase
Totally agree with megaminoeien's 5-star rating dated June 2, 2020. What could be more natural than feisty Elizabeth Bennet becoming an adherent of Mary Wollstonecraft's infamous "A Vindication of the Rights of Woman" (which was published in 1792, fitting into the actual timeline of Austen's writing of P&P)?

Megaminoeien gives a full summary of the plot. Mr. Collins is just as bad a master for Longbourn as one would expect. His wife Charlotte walks a tactful and careful line as Mrs. Bennet and her four oldest daughters still live with them, as poor dependents.

Lydia has been lost for the last two years, since Mr. Bennet died. No one knows where she is or what happened to her after she eloped with Wickham. The Bennets are stigmatized in Meryton due to the scandal; few will speak to them any longer.

Darcy and Bingley have no idea what has happened. A message for Elizabeth about her father's sudden apoplexy cut short her Hunsford trip, so Darcy never did propose. When Darcy returns after two years from a trip to Canada, he is shocked to hear what's happened.

When Darcy arrives in Meryton, it doesn't take him long to see Collins' inheritance has gone to his head. Lady Catherine's influence upon Collins is as strong as ever, and just as pernicious. The Bennet ladies have become unpaid servants in their own home. It doesn't surprise him to learn Elizabeth has taken the lead in caring for not only her family, but also the Longbourn tenants.

Frustrated by Collins' greed and ignorance, Elizabeth realizes that women are at a tremendous disadvantage by not being able to control their financial and legal destinies. "The world was divided into owners and owned. And women almost always fitted into the latter category."

When Darcy discovers what Elizabeth is doing, he takes her to task for deceiving Collins. They argue but neither will give in. It takes intervention by Georgiana and Colonel Fitzwilliam to make Darcy see his insistance to Elizabeth on the rights of a landowner – putting himself on the same side as Collins – is priggish. In his cousin's words, "That is a wealthy man's argument, Darcy. You do not know what it is like to be powerless. You sit at Pemberley and deal with everything in black and white, good and bad."

A chastened Darcy finally comes up with a plan that will serve everyone well – even Mr. Collins and Lady Catherine. Bingley, who had accompanied the Darcys to Canada, finally returns to Netherfield, and reunites with Jane.

The ending is wonderful. I laughed out loud, and it cinched this story as a five-star read for me. Highly recommended!
Read more
5 people found this helpful
Helpful
Report abuse
See all reviews

Mary Moloney
5.0 out of 5 stars Rebellion at Longbourne
Reviewed in the United Kingdom on October 10, 2020
Verified Purchase
I loved this story. I loved the way Mr. Darcy interacted with the various pride and prejudice characters. The ending was interesting.

Amazon Customer
4.0 out of 5 stars Good read
Reviewed in the United Kingdom on December 14, 2020
Verified Purchase
I enjoyed this book it was a change to the usual Jeff fiction would recommend it
Read more
Report abuse
See all reviews