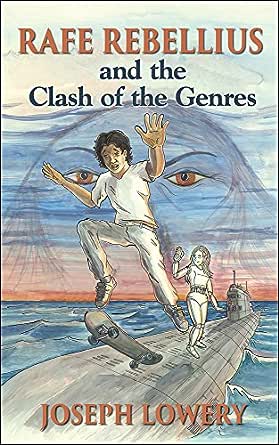 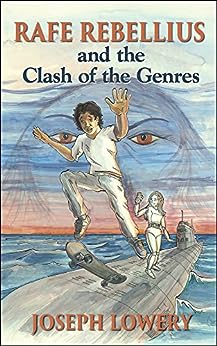 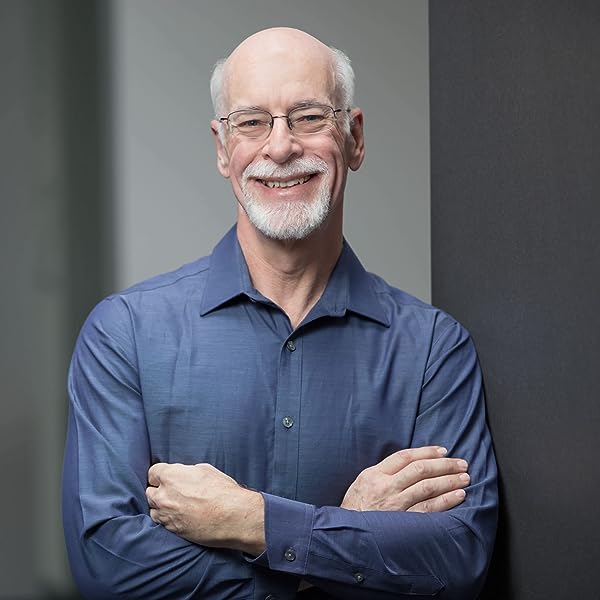 Rafe Rebellius and the Clash of the Genres Kindle Edition

In this debut novel, a boy moves with his family from Chicago to the quaint little town of Greenfort, where he begins a journey into a larger and stranger world.

Rafe Rebellius is the son of intrepid parents who've moved with him from state to state, but it's in Greenfort that his destiny starts to truly bloom. He immediately meets a bushy-browed Druid and an attractive, age-appropriate, mechanical-seeming girl named Fem. He runs afoul of bullies, peruses Jack London, and notices that the things he reads truly envelop his life: if it's snowy cold in his book, he breathes out a frosty fog himself. When Rafe's mom and dad rush off on one of their escapades, leaving him alone in Greenfort, he makes new friends, learns more about his own connection to the worlds inside stories, and decides he must help combat the machinations of the gray witch and save his new home ("One part of him wanted to run up and hide in his room. But another part--a big part--couldn't stand the thought of staying out of the fight"). The story brings together characters from fantasy, sci-fi, Westerns, hard-boiled detective tales, and other genres. Without wasting too much verbiage, the volume lets young readers (and mature ones) see the differences between all the styles of popular storytelling and the ways they can clash and harmonize. The book is short, smart, charmingly illustrated, fast-paced, and packed with a great deal of fun. The text is generally clean and polished, with the occasional part that cries out for an editor (" 'Mertz Glacier is going to calve!' his father said, his eyes dancing in his head"). The work doesn't shy away from the harder edges of the various genres but softens them up a little for a YA audience (" 'No way!' said Rafe. 'You were a cop who went to prison for a crime you didn't commit?'...'Not exactly' "). Lowery inserts a bit of rough violence that darkens the narrative, but he gives the episode gravity, and it helps clarify that genuine adventure means real danger. The result is a light confection that celebrates reading, writing, and the daydreaming that comes from books.

A well-written and entertaining fantasy tale about a heroic bookworm.

Rafe Rebellius is used to his family moving around, but when they move into a library, it's the weirdest move yet--especially when Rafe has to travel through books in order to save the library from being turned into a Confederate museum. Rafe is an appealing narrator, and the extended cast is delightfully wacky, while the book walking--though the rules are never satisfactorily explained--is sure to charm.

- The BookLife Prize in Fiction

Joseph Lowery is an accomplished author of technical books. His works on the web and web-building tools are international bestsellers, having sold more than 400,000 copies worldwide in eleven different languages. Joe is also a widely-viewed online video educator for both public and corporate training. On the creative front, he is a former playwright, theater director, and performer with numerous produced plays and performance events to his credit. Joe currently lives in Brooklyn, where he indulges a life-long voracious reading habit and newly-acquired gym rat status while contemplating the further adventures of Rafe and the Genrés.