Reckless Disregard and millions of other books are available for Amazon Kindle. Learn more 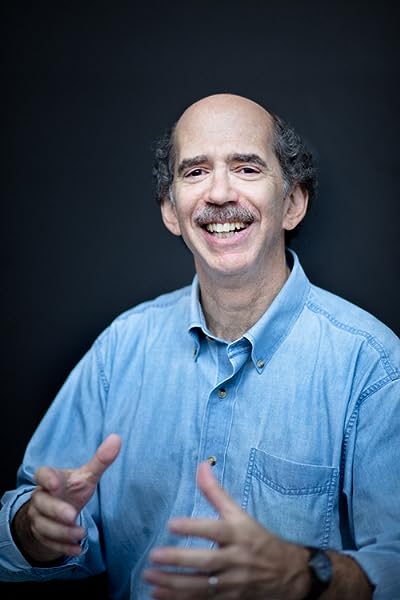 by James S. Kunen (Author)
5.0 out of 5 stars 12 ratings
See all formats and editions
Sorry, there was a problem loading this page. Try again.
Read more Read less
Previous page
Next page

In a shocking expose of the nation's school buses, Kunen (The Strawberry Statement) focuses on the 1988 head-on collision of a Kentucky school bus and a pickup truck driven by an intoxicated motorist, which killed 24 children and three adults aboard the bus. Kunen had the cooperation of Janey and Larry Fair, whose daughter Shannon was among the victims. The Fairs and another victim's parents, the Nunnallees (whom he also interviewed) initially rejected a settlement offer from Ford, maker of the bus. Instead, the couples pressed the corporation for safety improvements. During a 1992 trial, both couples decided to settle; each was awarded $5 million. The trial and federal hearings indicated that the 27 deaths resulted from an exposed fuel tank, flammable seating materials which emitted toxic fumes, and inadequate safety exits. Many, perhaps most, U.S. school buses today have the same hazards. Using the Kentucky tragedy as a vehicle, Kunen has written a compelling report that deserves the national attention accorded Ralph Nader's Unsafe at Any Speed. Photos.
Copyright 1994 Reed Business Information, Inc.

On May 14, 1988, a fiery school bus crash near Carrollton, Kentucky, took the lives of 27 adults and teenagers; it was caused by a drunk driver going the wrong way on an interstate highway. The crash raised sensitivities about drunk driving, but, more importantly, it raised issues about school bus safety. The real revelation in journalist Kunen's book is the story of how two families successfully sued Ford Motor Company, which knowingly manufactured buses that had severe safety defects. Fuel tanks were not shielded to prevent rupture, fire seats were made of flammable polyurethane, and there was a single emergency rear door. The book incorporates many first-person accounts, court records, and records of interviews; of real note is a transcript of a meeting with then President Richard Nixon, Lee Iacocca, Henry Ford II, and John Ehrlichman about safety. Recommended for public libraries.
William A. McIntyre, New Hampshire Technical Coll. Lib., Nashua
Copyright 1994 Reed Business Information, Inc.

Part tabloid-style tearjerker, part sophisticated corporate expos, by a former People magazine crime writer and bestselling author (The Strawberry Statement, 1969). On May 14, 1988, just outside Carrollton, Ky., a drunk-driving ne'er-do-well named Larry Mahoney slammed his Toyota pickup into a schoolbus carrying 63 children. The impact set the bus's fuel tank on fire. Twenty-seven died and 16 were hospitalized with burns. Only two families opted not to settle with Mahoney's insurers and the bus manufacturers. The Fairs, parents of Shannon, 14 when she died, and the Nunnallees, parents of Patty, who was 10, hired John P. Coale, Esq., the self-styled ``master of disaster'' who had represented the city of Bhopal in the Union Carbide gas leak. Coale charged the Ford Motor Company (and Sheller-Globe, which assembled the schoolbus for Ford) with ``consciously disregarding'' the danger they were creating by placing an unshielded fuel tank next to the front door of a bus that had ``flammable seats, inadequate emergency exits and a too-narrow aisle.'' Kunen's lingering account of the crash and its aftermath makes for excruciating reading, especially when he abandons taste for cheap effect. For example, describing a videotape of Shannon and her friends forming a cheerleader's pyramid, he writes: ``Was that pyramid, in that room, in that house, in that moment, on a sort of raft, borne on a river of time toward a bus crash waiting downstream?'' Kunen is on firmer ground when he describes, in meticulous detail, Ford's long history of subverting national safety standards in the name of cost- effectiveness. The book's strongest section focuses on Ford's tawdry behavior during the trial (arguing, among other things, that a schoolbus is a ``truck,'' not a ``bus,'' and therefore not subject to the safety standards of passenger vehicles). You'll want to avert your eyes as Kunen recreates the accident in all its blood and tears, but hang on for some impressive corporate muckraking. (8 pages of b&w photos, not seen) -- Copyright ©1994, Kirkus Associates, LP. All rights reserved.
Read more
Start reading Reckless Disregard on your Kindle in under a minute.

a friend
5.0 out of 5 stars A TRAGEDY THAT DIDN'T HAVE TO HAPPEN
Reviewed in the United States on August 15, 2017
Verified Purchase
I was very moved and have found myself going back to read many various parts of this book that I have marked with index cards. It is a well written book which tells of the story of the fateful trip that the church youth group from Radcliff, Kentucky had taken on Saturday May 14, 1988 to Kings Island amusement park in Ohio. The beginning of the book tells of the various happenings that the youth group experienced at Kings Island and then describes the details of the horrible crash that happened that late Saturday evening while traveling back home to Radcliff, Kentucky. Much of the book describes the story through the lives of the Fair family. Larry and Janey Fair's 14 year old daughter Shannon Rae Fair was invited to go with the church group and was one of the 27 victims that perished in the fiery crash that still haunts the Radcliff, Kentucky community. I was very riveted to the various events of Shannon Rae Fair's life that is told by her family and friends. Shannon was a very intelligent girl who was very gifted and talented in both academics and music. Shannon received straight A's in school except for a B that she once received in 5th grade. After the crash Shannon's parents Larry and Janey Fair found themselves in a battle against lawyers that represented Ford Motor Company. It was determined that the bus that was involved in the crash was manufactured by Ford and because they tried to save money by not installing a safety cage around the gas tank which was punctured during the crash causing a violent fire to erupt and caused much toxic smoke which killed the 27 victims. After reading this book I went on the computer and typed www.findagrave into the address bar and searched for Shannon Rae Fair. Since I am already a member of the site, I left a virtual flower and some words for Shannon. Later on I submitted a photo of Shannon to the memorial and for a small fee ($5), I am sponsoring her memorial. Please visit Shannon's memorial and leave some flowers and a few words. Shannon really was a christian and on April 3, 1988 (Easter Sunday), Shannon was baptized and accepted Jesus Christ with all of her heart, mind, body, soul and spirit. I pray for her every day.
Read more
One person found this helpful
Helpful
Report abuse

Roger M Little
5.0 out of 5 stars Sad but True.
Reviewed in the United States on January 28, 2018
Verified Purchase
The book is well worth reading. It confirms that if safety and money are the only factors considered in such a case that money wins over every other factor. It is sad that money is considered more important than human life. My heart goes out to the families even now, thirty years later.
Read more
2 people found this helpful
Helpful
Report abuse

Sunnyside
5.0 out of 5 stars Heart-wrenching, unbelievable, inspirational, RIVETING!
Reviewed in the United States on September 14, 2014
Verified Purchase
This book will have you in tears, make you angry, inspire you, & ultimately have you cheering for all of the survivors of this horrendous tragedy. Certainly an eye-opening account of the unfathomable practices of a corporate giant, all in the name of profits. Once again, David has defeated Goliath! Warning: You will be riveted & be totally unable to put this book down!
Read more
One person found this helpful
Helpful
Report abuse

jbjr
5.0 out of 5 stars Reckless Disregard: Corporate Greed, Government Indifference, and the...
Reviewed in the United States on July 9, 2013
Verified Purchase
The book demonstrated how far corporate greed by companies like Ford Motors.Inc. will go to avoid making costly safety changes to their vehicles and their willingness to payoff death and injury claims as long as they are less expensive than making the safety changes. The main reason that our cars are safer today is that the public is more knowledgeable about the benefits of these safety features in our vehicles and are willing to pay the extra cost they add to our purchases.
Read more
2 people found this helpful
Helpful
Report abuse

Kathy Hilsinger Walliser
5.0 out of 5 stars My son was in this bus wreck
Reviewed in the United States on February 11, 2013
Verified Purchase
Mr. Kunen did a masterful job of focusing on the unseen and often hidden contributors to the mortality beyond a drunk driver. Please see the pictures with Richard Nixon and Henry Ford at the White House cutting a deal about postponing improvements to bus safety. This is so much to think about as well as to absorb. This is a must-read to be prepared for the film IMPACT: After the Crash which comes out May 14, 2013 on the 25th anniversary of this wreck.
Read more
2 people found this helpful
Helpful
Report abuse

Brent
5.0 out of 5 stars Five Stars
Reviewed in the United States on January 30, 2017
Verified Purchase
Hard to pt this book down once I started reading it
Read more
One person found this helpful
Helpful
Report abuse

Michael A. Podraza
5.0 out of 5 stars Best Book I EVER read
Reviewed in the United States on December 3, 2002
This book was fascinating from the first page until the last. Mr.Kunen has a way with words that will grip the reader as he did me. The intimate details of the crash and the lives of the young victims will bring a tear to your eye. And how Ford Motors was defeated in the end will have you cheering in a bittersweet way. A masterpiece. I have read hundreds of books and this book tops my list to this day even though I first read it 6 years ago.
Read more
4 people found this helpful
Helpful
Report abuse
See all reviews
Pages with related products. See and discover other items: products liability
Back to top
Get to Know Us
Make Money with Us
Amazon Payment Products
Let Us Help You
EnglishChoose a language for shopping. United StatesChoose a country/region for shopping.
© 1996-2021, Amazon.com, Inc. or its affiliates