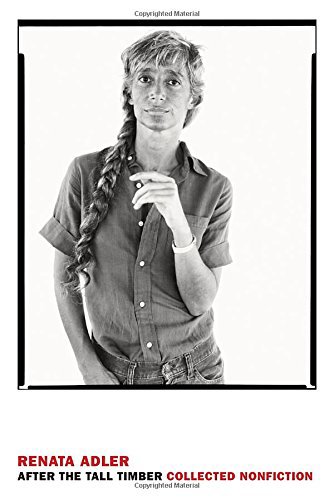 An extraordinary coincidence occurred recently when two major libel cases involving famous military men and the American pressU.S. General William Westmoreland versus CBS and Israeli General Ariel Sharon versus Time magazinewere tried in the same courthouse in Manhattan at the same time. Adler, an experienced journalist as well as holder of a law degree, offers a penetrating analysis of the broadest ramifications of the two cases, including the disturbing conclusion that the press and the legal establishment in each instance placed their own interests above the search for the truth. This important book, which first appeared in the New Yorker , deserves the widest possible audience. Kenneth F. Kister, Pinnellas Park P.L., Fla.
Copyright 1987 Reed Business Information, Inc.
Tell the Publisher!
I'd like to read this book on Kindle

4.1 out of 5 stars
4.1 out of 5
3 customer ratings
How does Amazon calculate star ratings?
Amazon calculates a product’s star ratings based on a machine learned model instead of a raw data average. The model takes into account factors including the age of a rating, whether the ratings are from verified purchasers, and factors that establish reviewer trustworthiness.
Top reviews

Howard F. Jaeckel
3.0 out of 5 stars Not an easy read , , ,
Reviewed in the United States on January 19, 2020
Renata Adler’s “Reckless Disregard” should have been a page-turner for me. Having a strong and longstanding interest in journalistic ethics and libel law, I was something of a buff of the two high-profile libel trials she writes about, which pitted Generals William Westmoreland and Ariel Sharon against, respectively, CBS News and Time Magazine. As the cases played out almost simultaneously in the early to mid-1980s, I avidly consumed motion papers, transcripts and all-available news reports concerning the lawsuits. At the time, I was thoroughly familiar with the facts of the cases and developed the strongly-held view that the reports were at best grossly unfair and at worst published with constitutional malice – that is, in knowing or reckless disregard of their falsity.

That, I was aware, was also Ms. Adler’s view, and I looked forward to reading what I understood to be her scathing demolition of the two reports.

But instead of a rollicking good read, I found her book very difficult to get through, and several times considered abandoning it. Her presentation is exceedingly convoluted and difficult to follow, even with prior knowledge of the cases. Her sentences go on, and on, and on, with profligate usage of commas and parenthetical asides, until the reader has quite forgotten what the sentence, at its outset, appeared to be about. Ms. Adler does not appear to believe in paragraphs, much less chapters or section headings; nor does she deign to provide her readers with a broad overview of complex subject matter before descending into a mire of intricate detail.

Having said that, readers who press on will find that Ms. Adler has devastatingly demonstrated, particularly in her final chapter, the almost unbelievably shoddy and dishonest journalism practiced by two of the giants of the news industry in these cases.

The 90-minute CBS broadcast, titled “The Uncounted Enemy: A Vietnam Deception,” alleged a “conspiracy at the highest levels of American military intelligence” to undercount the number of enemy soldiers that United States forces faced in Vietnam for the purpose of giving the American public, Congress, the Joint Chiefs of Staff, and even the President, a false impression of progress in a war that in fact we were losing. According to the program, this underestimation of the size and strength of the enemy led to unpreparedness for the Tet offensive, the unnecessary loss of American lives and, by implication, ultimate loss of the war. Although CBS later claimed that, because General Westmoreland was not an intelligence officer, the broadcast did not concern him, the American military commander in Vietnam was the clear villain of the piece.

As Ms. Adler shows, this portrayal of what was in fact an arcane dispute as to the importance of certain irregular and parttime communist forces – a dispute that was well known to the Pentagon and the President’s senior advisers – was, quite simply, nonsense. Also without foundation in fact was what the broadcast claimed was the suppression of intelligence about the massive infiltration of North Vietnamese soldiers into the south in the months before the Tet offensive, an infiltration that apparently went unnoticed by anyone, before or after the fact, until the broadcast more than a decade later.

Although when aired the broadcast seemed to present a powerful and virtually indisputable indictment of General Westmoreland, evidence adduced in the litigation showed it to have been based on the obsessive theory of a single CIA analyst and a few junior supporters. Senior intelligence personnel and political leaders who would have disputed the report’s thesis were either not interviewed (sometimes for asserted reasons that were transparently false) or their comments were left on the cutting room floor. Even more shocking, to support the broadcast’s thesis, blatantly deceptive editing was employed to make it appear that some interviewees had said things that they hadn’t.

At issue in Ariel Sharon’s lawsuit against Time was a report claiming that, shortly prior to the massacre of innocent civilians in the Sabra and Shatila refugee camps by Christian Phalangist forces allied with Israel in the aftermath of that country’s 1982 invasion of Lebanon, General Sharon had discussed with the Phalangists the “need to take revenge” for the assassination of a Christian leader. General Sharon’s lawsuit revealed that, despite the claims of Time reporter David Halevy (in startlingly inconsistent testimony) to have had multiple confidential sources for this damning claim, he essentially made it up.

In addition to excoriating the dishonest journalism behind these two reports, Ms. Adler is harshly – and rightly – critical of what can only be described as the total war litigation philosophy of Cravath, Swaine & Moore, the white shoe law firm that represented both defendants. The tolerance of these top-flight lawyers for obvious lying by their clients appeared inexhaustible. One wonders whether the interests of everyone involved— not to mention that of the truth – would have been better served had the lawyers demanded that their clients confront the facts and consider a retraction or settlement.

As essential as a vigorous press is to democracy, a salutary skepticism of journalistic product on the part of the public is also necessary. The records in the Westmoreland and Sharon cases provide a glimpse of two instances in which important reports of two prestigous news organizations went totally off the rails. The story merits telling and study. Unfortunately, “Reckless Disregard” does not tell the story in a way that will be comprehensible and involving to the general reader.

Dr. W. G. Covington, Jr.
4.0 out of 5 stars The Hypocritical Media
Reviewed in the United States on June 12, 2003
Adler says CBS threatened to sue her for libel for writing this book. Isn't it ironic that the defenders of First Amendment protection threatened to go against the very argument they're defending in the subject of this book? This book is replete with such media hypocricies. This book could be used as a textbook for either media ethics or legal studies ethics. It is full of examples of the absence of both. Indeed seeing is not believing as she gives blatant illustrations where answers to questions were taken out of context and edited to make it appear they were the responses to particular questions. Interviewees' titles were inflated and the finished product was presented as a defense of the producer's thesis, not an objective journalistic inquiry. All of that in the CBS-Westmoreland case. In Sharon v. Time, the credibility of their writers, editors, and attorneys is laughable if this account is what really took place and she says it is. I don't understand why several people weren't in jail for perjury following these two trials. In the coda she claims CBS threatened her and her publisher and encouraged them not to print the book, but in their threat couldn't find a single factual error in its content. Even though these trials took place decades ago, they're still relevant as they describe the inner workings of two major institions, the legal system and mass media.
Read more
12 people found this helpful
Helpful
Comment Report abuse
See all reviews from the United States