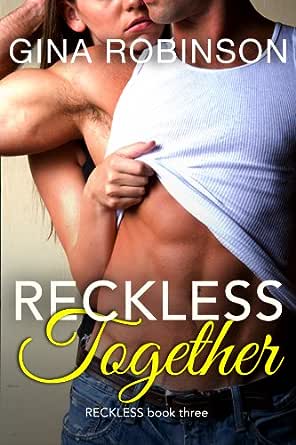 You've subscribed to Reckless Series! We will preorder your items within 24 hours of when they become available. When new books are released, we'll charge your default payment method for the lowest price available during the pre-order period.
Update your device or payment method, cancel individual pre-orders or your subscription at
Your Memberships & Subscriptions
There was an error. We were unable to process your subscription due to an error. Please refresh and try again. 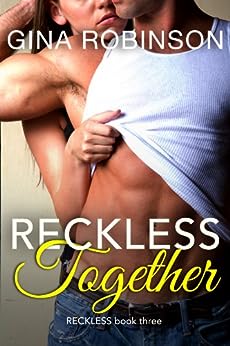 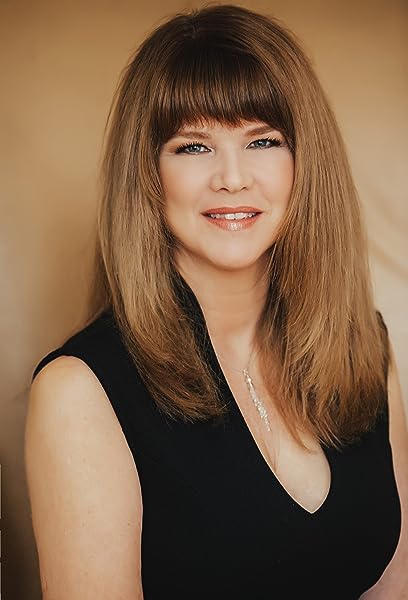 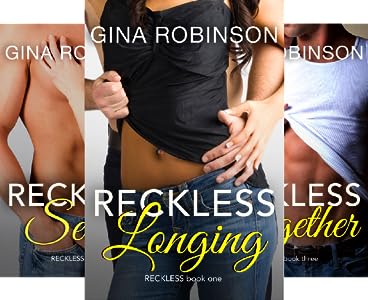 Gina Robinson is the award-winning author of the contemporary new adult romances Reckless Longing, Reckless Secrets, and Reckless Together and the Agent Ex series of humorous romantic suspense novels. She's currently working on a new contemporary romance new adult series. Rushed, the first book will be available July 3, 2014. Crushed, the second book, will be available in early fall 2014. Connect with Gina Online: My Website: ginarobinson.com/ Twitter: @ginamrobinson Facebook: facebook.com/GinaRobinsonAuthor --This text refers to the paperback edition.

Jennifer R. Shiels
4.0 out of 5 stars Finding A Way to More On and Be Happy
Reviewed in the United States on December 19, 2015
Verified Purchase
This was a good book and a good conclusion to Ellie and Logan's story. Ellie and Logan are back together again but there are things they are both dealing with. They have to find a way to move forward.

Ellie is really happy to be back together with Logan and to have her father and his wife and other daughter in her life. Logan has been in contact with her mother to try to keep her from interfering in Ellie's life. So it just makes El that much more worried that her mother will find a way to take Logan away and destroy her happiness again. She's trying to help him with his fears and worries but she doesn't know what to do.

Logan has so much on his mind and so many worries. He's about to graduate from college and he's trying to figure out what he's going to do in the future. The trial against his former Chemistry Professor is coming up and he's going to testify with that. He's trying to help Ellie to get past and forgive her mother for her own sake. After the horror that he experienced, he has taught himself to be able to control his own body. But with Ellie, he loses control and it causes more worries for him.

Bookluvr
4.0 out of 5 stars Great book!
Reviewed in the United States on May 22, 2014
Verified Purchase
Let me get a couple of negative comments out of the way first. Number one, I was glad that in this book you attempted to provide Logan's POV. However, you had a hard time remembering not to speak in the third person. When you gave Ellie's POV, you didn't have that issue; you spoke as if you were Ellie herself. You needed to do that for Logan as well. Please work on that. Second, you rushed the ending to all of the puzzle pieces. You took 80% of the book to give us details regarding the continued issues and then took only 20% or less to give us the answers. The result was an overload of conclusions to issues you pointed out for two and a half books. Also, it would have been great to have an epilogue to the book so we'd know how things were going for everyone involved.

Now! Even with those few things I pointed out above, I still loved the book. Ellie is hilarious with her sarcastic wit and you can't help but love Logan for his big heart and knight in shining armor character. They are beautiful together even with all of their individual and familial issues.

The first book in the series got off to a rough start but I am truly glad that I stuck with the series. You will too.
Read more
One person found this helpful
Helpful
Comment Report abuse

Laura
VINE VOICE
5.0 out of 5 stars Sweet and Heart Touching
Reviewed in the United States on March 3, 2015
Verified Purchase
A solid five stars...and yes I would recommend this series as a read.

I've really enjoyed this installment to the series. It has been good journey with Ellie and Logan. The two characters grew so much in the novels. They each learned that the worst demons were the ones inside. I'm thrilled to see a good happy ending. Poor Logan went through so much for a man and Ellie with her mother. I gotta say I didn't like Melissa in the first two books but she almost redeemed herself in this one. She has a sick twisted way of showing her love as a mother but she does love Ellie. It's sad to see it end but all good things do have to end eventually.
Read more
One person found this helpful
Helpful
Comment Report abuse

Kindle Customer
5.0 out of 5 stars 5 stars and a huge grin
Reviewed in the United States on September 20, 2017
Verified Purchase
This is possibly one of my all time favorite series to read. I am a new reader of Gina Robinson and I will continue to read as much of her books that I can. Her writing is consistent and well thought out. I was ecstatic with the ending of this saga and couldn't put them down. I read all three books in a day and a half.
Would highly recommend, I think I'm secretly apart of Logan's fan club too.
Read more
Helpful
Comment Report abuse

Lisa Marie
5.0 out of 5 stars 😄
Reviewed in the United States on May 19, 2017
Verified Purchase
So much has been uncovered for Ellie her mother has finally told her why she never mentioned her father. She finds out why her boyfriend has some sort of connection with her mother. But can she learn to forgive the woman who betrayed her? Will Ellie get to know Jason her father or will other figures come in between them.
Read more
Helpful
Comment Report abuse

Debbe Swafford
5.0 out of 5 stars Reckless series
Reviewed in the United States on March 3, 2015
Verified Purchase
Loved this series. The trials of Logan and El kept you riveted as they slowly resolved their problems, but relied on each other and grew in their love for each other. Strongly recommended read!! I can't wait to read more by Gina Robinson
Read more
2 people found this helpful
Helpful
Comment Report abuse

sue sillimam
4.0 out of 5 stars Good
Reviewed in the United States on October 26, 2018
Verified Purchase
I gave this book a four rating because it was a good story and I enjoyed the characters and how they grew
Read more
Helpful
Comment Report abuse

Kindle Customer
5.0 out of 5 stars I'm not ready to say goodbye yet.
Reviewed in the United States on September 10, 2015
Verified Purchase
I just adored this series,I feel like the characters are friends. Logan and Ellie were a fantastic couple, and I would love to see their story revisited again.

Oh, and Ellie may have forgiven Melissa, but not me.
Read more
One person found this helpful
Helpful
Comment Report abuse
See all reviews

Viv
5.0 out of 5 stars Brilliant Conclusion
Reviewed in the United Kingdom on April 4, 2014
Verified Purchase
The subject matter of the story was something rarely written about. The author captured the feelings emotions and heartbreak with such thought and care and must have researched thoroughly before embarking on writing such a harrowing series. Excellent conclusion. YOU MUST READ THE FIRST TWO BOOKS. Definately recommend the series and this book
Read more
One person found this helpful
Report abuse

Becc
5.0 out of 5 stars Amazing series!! =)
Reviewed in the United Kingdom on April 16, 2014
Verified Purchase
Just finished this last book in the series, so impressed!!! I bought the first book on a whim and I'm glad I did it sucked me in from the beginning which is great because I wasn't expecting much, boy was I wrong =) loved the instant connection between Logan and Ellie the all the complications that came with there relationship great read!! Looking forward to more from this talented author!! =D
Read more
Report abuse

Frances Tutchener
5.0 out of 5 stars reckless
Reviewed in the United Kingdom on April 29, 2014
Verified Purchase
this book was a very good read i could not put it down and would recommend any one to read
Read more
Report abuse

cat
5.0 out of 5 stars omg these books
Reviewed in the United Kingdom on May 13, 2014
Verified Purchase
You have to read all the books I could not put them down I would like more
Please get these books and read them
Read more
Report abuse
See all reviews