You've subscribed to A Red Ops Thriller! We will preorder your items within 24 hours of when they become available. When new books are released, we'll charge your default payment method for the lowest price available during the pre-order period.
Update your device or payment method, cancel individual pre-orders or your subscription at
Your Memberships & Subscriptions
There was an error. We were unable to process your subscription due to an error. Please refresh and try again. 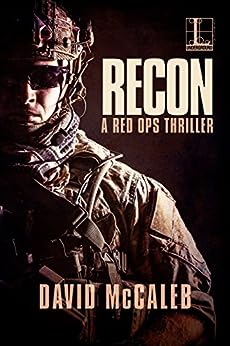 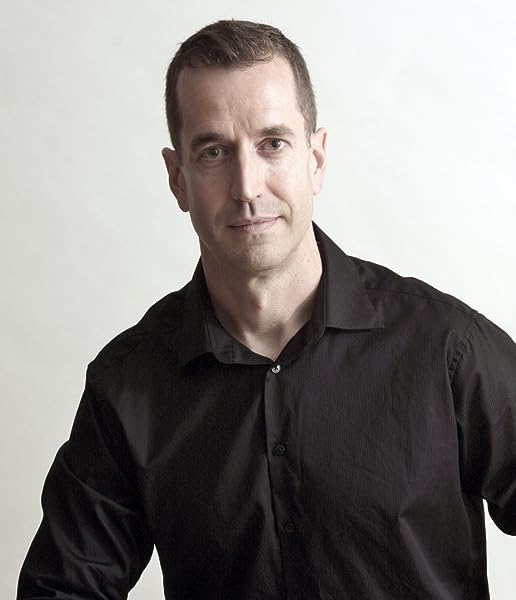 Audible Holiday Deal
Save 46% on your first 4 months. Get this deal
Books In This Series (3 Books)
Complete Series
A Red Ops Thriller
Kindle Edition
Page 1 of 1Start OverPage 1 of 1
Previous page
Next page

Educated at Juilliard, Paul Costanzo brings the sensitivity and nuance of a classical music background to his twenty-five-plus years of voice acting, and AudioFile magazine has called his narration "superb." --This text refers to an out of print or unavailable edition of this title.

David McCaleb is a thriller author, entrepreneur, business owner, veteran, USAFA grad, proud husband, and father. He grew up on a farm on the Eastern Shore of Virginia where he studied the teachings of nature, intermingled with hard labor. One of the last green belts on the East Coast, the Eastern Shore is steeped in creative culture, with which he credits much of his inspiration.

He attended Valley Forge Military College and then was accepted into the United States Air Force Academy. He served in the Air Force, transitioned to the corporate world, then started an internet retail business and almost starved. He somehow managed to grow that venture into a successful enterprise, earning him the "entrepreneur" title of which he is so proud.

He returned to the Eastern Shore where he currently resides with his wife and two children. Though he enjoys any project involving the work of hands, his chosen tool is the pen.

NC2CA
5.0 out of 5 stars Great action with authenticity
Reviewed in the United States on March 20, 2019
Verified Purchase
This is a great read that captures you early in the book. Totally fun to read and it is so because the writer doesn’t try to make it “real”. He does have an interesting plot, real enough military approach and strategy plus good weapon sense. He must choose to keep it out of the down and dirty so the read is captivating and fun. Loved it.
Read more
Helpful
Report abuse

Amazon Customer Dr Ron
3.0 out of 5 stars More fluff and little substance
Reviewed in the United States on March 27, 2019
Verified Purchase
I enjoyed the story plot but when a read is to much fluff I get angry. I paid for 100% book and got 2/3 of a read and many paragraphs of Fluff. Unneeded material, on and on ad nauseam.
Read more
Helpful
Report abuse

Amazon Customer John B
5.0 out of 5 stars Great story
Reviewed in the United States on September 3, 2018
Verified Purchase
This is a totally different story than usual. Very complicated and has many twists and turns. Keeps you turning the pages as you don't want to set it down.
Read more
One person found this helpful
Helpful
Report abuse

Kindle Customer
5.0 out of 5 stars Another Winner
Reviewed in the United States on March 20, 2019
Verified Purchase
Another superb adventure by David McCaleb. This issue contains a lot more action and a plot that doesn't become clear until nearly the very last page. Red's daughter Penny plays a pivotal role as she is finally brought into the true family fold. Definitely a superlative read.
Read more
Helpful
Report abuse

AFBrat
5.0 out of 5 stars 2 A.M.....
Reviewed in the United States on April 4, 2019
Verified Purchase
Just finished #3. Just COULD NOT put it down. Could NOT. I binge-read all three books because I was so intrigued with Red and his family. I surely hope there are more books coming, David...
Read more
Helpful
Report abuse

YukonJack
5.0 out of 5 stars Finished unanswered questions!
Reviewed in the United States on May 10, 2019
Verified Purchase
Good story! Help close up a lot of open story lines n the previous two books. I believe it’s a must to read the previous two books or your going to be lost! Lots of action!
Read more
Helpful
Report abuse

Brent
5.0 out of 5 stars Great pace and closes some holes
Reviewed in the United States on October 10, 2018
Verified Purchase
Like the other books there was a lot of action and the pace was great. Some of the hanging questions were addressed and it feels like Red and his family are ready to move on to new adventures in the coming books.
Read more
Helpful
Report abuse

Richard L. Cooper
4.0 out of 5 stars Great book
Reviewed in the United States on October 12, 2018
Verified Purchase
I fell in love with the series last year. The author is definitely a rising star and I can't wait until the next book.
Read more
Helpful
Report abuse
See all reviews