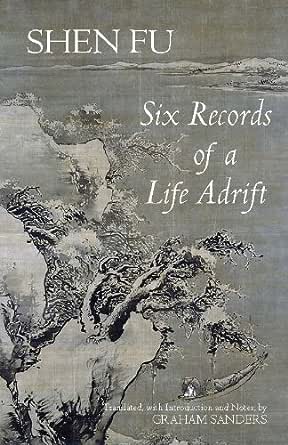 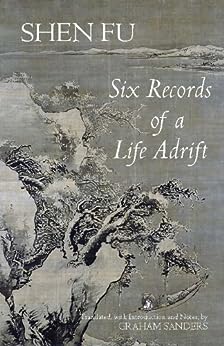 This delightful nineteenth-century narrative, which has charmed Chinese audiences for over a century, has finally found its match in this new translation by Graham Sanders. His rendering in English comes from a deep understanding of the language, style and artistic structure of the original, and is enriched by informative notes explaining the differences between Chinese and Western culture. What this unforgettable confessional prose has to show us about human nature is clearly expressed. --Milena Doleželová-Velingerová, University of Toronto

Shen Fu's subtle yet emotional account of his love-match with Chen Yun, their relations with his family, his pastimes with friends and courtesans, his travels far and near, his frustrations with work and his obsessions at play illustrate the life of a Qing lower gentryman in a patriarchal family, but at the same time reveal human complexities that require the nuancing of simplistic over-generalizations about class, gender, tradition, Confucian family values, and the like. This lively new translation--the first in nearly thirty years--clarifies certain passages, helpfully adds section breaks, and provides explanatory footnotes. Also included are a family tree, a chronology, and other useful reference materials. The result is an edition that will enhance discussions in a variety of courses, from Chinese and world history to gender and family history. --Sarah Schneewind, University of California at San Diego

"Sanders's translation is the first to appear in almost thirty years, and it is the richest and most comprehensive of the three other English-language versions that are available. . . . Nearly every page in Sanders's translation has explanatory footnotes (including half of the first page), but more important, nearly every page also brings metaphors and imagery that will delight readers versed in the Western literary tradition. The book could be used in any number of courses, in addition to being a required reading for courses on imperial China. Six Records of a Life Adrift would be appropriate for gender studies courses, world literature, comparative literature, and creative writing. The brilliance of Shen Fu as a writer and Graham Sanders as a translator is nowhere more evident than in the scene describing Chen Yun's final moments. After alluding to her untimely demise several times, Shen Fu presents her passing in a beautiful passage of lachrymose prose. His grief is real. We experience his sadness." --China Review International
--This text refers to an alternate kindle_edition edition.

Graham Sanders is Associate Professor of classical Chinese literature at the University of Toronto.

Dean
5.0 out of 5 stars Wonderful book
Reviewed in the United States on November 10, 2019
Verified Purchase
A Chinese classic, written at the start of the 19th Century when China was still ruled by the Ching Dynasty, and one that I have been remiss in not reading before. I wish that I’d read it earlier, as this is a simple tale of a simple life, told at the end of a journey. Of the six records, only four exist, but they are indeed powerful. Its hard to find a comparison, although in some ways I felt it was like the naturalism of Emile Zola, looking at reality with an objective eye, but not really because it fails to delve into the deep descriptions of the physical condition which typifies the French Naturalist movement. The Introduction (and at least one of my friends) characterized it as ¾ love story, and indeed that is how I would describe it too. But its not a fireworks and passion story, rather it’s a story of contentment and perseverance. The main protagonist and his wife are very comfortable with each other, despite going through many personal and economic travails. The treatment of the concubine which the wife wishes to introduce to the marriage is a good representation of the cultural customs of the time, as well as of the emotional issues. A very good read, and a good example of how to have a successful relationship despite adversity.
Read more
One person found this helpful
Helpful
Comment Report abuse

Regina Trailweaver
5.0 out of 5 stars One of My Favorite Memoirs, Across Culture, Gender, and Time
Reviewed in the United States on August 10, 2015
Verified Purchase
Poignant, funny, and heartbreaking, this memoir has depth, clarity and meaning across time, language, and culture. Shen Fu's understanding of and respect for women is often progressive even for today. Embracing and explicating the humanity of us all, Six Records of A Life Adrift, is a work of art by a humble being who was unaware of his own honest brilliance. By simply being true and accurate to his own fully lived live, Shen Fu inspires us all.
Read more
5 people found this helpful
Helpful
Comment Report abuse

Ellen Nichols
5.0 out of 5 stars Take a very pleasant trip back in time
Reviewed in the United States on August 21, 2015
Verified Purchase
Excellent reading. It captures what I feel certain Shen Fu felt as he wrote it. The translator does a skillful job of making you feel a part of that era even though it was originally written hundreds of years ago.
Read more
3 people found this helpful
Helpful
Comment Report abuse

OzFactotem
5.0 out of 5 stars Five Stars
Reviewed in the United States on February 14, 2016
Verified Purchase
A good piece of work on a difficult task.
Read more
One person found this helpful
Helpful
Comment Report abuse

Bubblefish
5.0 out of 5 stars Great Translation of an Amazing Story
Reviewed in the United States on January 11, 2012
One of my favourite books from premodern China. It's hard to believe it was written two hundred year's ago because in many ways (the structure, themes, etc.) are very modern. Sanders does an excellent job with the translation and provides just the right amount of information in the notes -- enough to explain the literary and historical references, but not so much as to bog down the reader.
Read more
13 people found this helpful
Helpful
Comment Report abuse
See all reviews

Arjen van der Wal
4.0 out of 5 stars Records & Life
Reviewed in Canada on November 30, 2018
Verified Purchase
A travelogue, a memoir, a romance, a tragedy, and a bit of history. A document of someone’s life and a look into a culture that has almost vanished. But more than the culture, there’s the story of the author and his family, especially his wife. Some of the book may initially seem light, but even then the flow and focus of the narrative mark what is important to him. Strikingly the depth of expression when writing of his wife.

A record of some of the sights of late Qing dynasty China. It gives an idea of the resources and energy that were put into creating places that would have been considered beautiful and could be enjoyed by those with some money and leisure. A glimpse into some of the social priorities and also the building and design abilities of that period. A world and a way of life that has since almost vanished, only remnants remain and this book is one of them.

The descriptions of places in the roaming section, are interesting but not exceptional. It’s their relation to the lives of the characters that makes them worthwhile. Parts of this book were quite beautiful, but other parts I didn’t find that compelling.
Read more
Report abuse

Ellen Nichols
5.0 out of 5 stars Chinese to English at its Best
Reviewed in Canada on March 28, 2013
Verified Purchase
After reading Graham Sanders' translation of the only four existing records of Shen Fu's Six Records of a Life Adrift (Hackett Publishing), I ordered six more copies and have been giving them away when only an extraordinary gift will do. Dr. Sanders' rendering of Shen Fu's heartfelt accounts captures the warmth, beauty and pathos of a man writing about a life that he himself perhaps thought did not measure up to what he had hoped for. From what I read I would say Shen Fu lived a life of passionate love, intimacy with nature, appreciation of revered travel sites and a joy of life that most of us would envy. I recommend it for your own reading and, judging from my friends' reactions, it makes an exceptional gift.
Read more
Report abuse
See all reviews