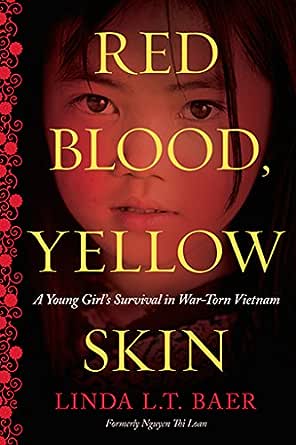 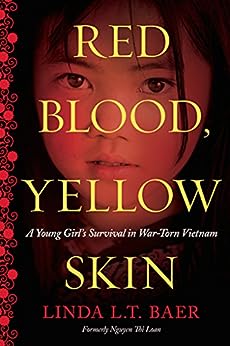 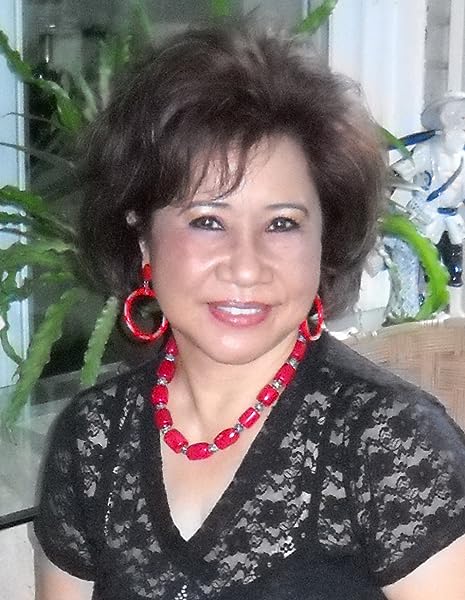 Mrs. Baer's book is an emotional account of a horrific time in Vietnam, and her story provides great insight into the lives of those who the war affected the most. Although she experienced death and hardship early and often, Mrs. Baer marched on with a strong head and strong heart. Her story emphasizes the importance of love, perseverance, family, and hope. I highly recommend this book to those who want to read about an amazing woman and her quest for happiness in a country at war." -- Bibliosy Blog
"A heart-warmingly honest book as told by Linda Loan Thi Baer herself. Born and growing up through the Vietnam conflict, Loan stays strong and true to her family and the responsibilities imposed by them. Truly memorable, Loan's struggle is mirrored daily around the world, in different cultures and countries. Highly recommended reading." -- Polly Halicki

LINDA LOAN THI BAER was born Nguyen Thi Loan, in the small village of Tao Xa, Thai Binh Province, North Vietnam in 1947. When she was four years old, the Viet Minh attacked her village and killed her father, leaving Loan and her mother to fend for themselves. Seeking escape from impoverishment, her mother married a rich and dominating widower who was cruel to his free-spirited and mischievous stepdaughter. Loan found solace in the company of animals and insects and escaped into the branches of trees.

The ongoing battle between the French and Viet Minh eventually forced Loan and her family to escape to South Vietnam. When Loan was thirteen, she ran away to Saigon to work at menial jobs to support her family, and flee the cruelty of her stepfather. While there, she was introduced to bars, nightclubs, and Saigon Tea. At eighteen, she dated and lived with a young American airman. Two months after their baby was born, the airman returned to America, and Loan never heard from him again. She raised their son by herself. Time healed her heart, and she eventually found true love in a young Air Force officer, whom she married in 1968, accompanied him to the United States in 1971, and shares her life with him to this day.

She became a naturalized American citizen in 1973, and while becoming a mother and raising two sons and a daughter, obtained her high school GED and attended numerous college courses. Linda graduated first in her class from her school of cosmetology and received her certification from the state of South Carolina. She is the owner/operator of the successful "Elegance by Linda B." Beauty Salon in Charleston, South Carolina.

She is the author of Red Blood, Yellow Skin, and its sequel, Journey on Edge, to be released soon.
Find out more at: lindaltbaer.com

4.6 out of 5 stars
4.6 out of 5
77 customer ratings
How does Amazon calculate star ratings?
Amazon calculates a product’s star ratings based on a machine learned model instead of a raw data average. The model takes into account factors including the age of a rating, whether the ratings are from verified purchasers, and factors that establish reviewer trustworthiness.

Maggie3604
5.0 out of 5 stars Great Story
Reviewed in the United States on November 3, 2017
Verified Purchase
I won this book in a Goodreads giveaway. Once I picked up this book I couldn't put it down. I was a teenager during the Vietnam war, and remember seeing the news reports of the battles and the names of the dead scrolling across our TV screen every night. But no one ever discussed the Vietnamese people who were affected by this war. The author did an excellent job telling what it was like living through these times. Spoiler alert, I'm so glad she found her "knight in shining armor ". She had a rough to non-existent childhood. The character development was excellent, and the story made you cry in some places and in others you just wanted to celebrate Linda's small achievements. Looking forward to reading more from this author.
Read more
5 people found this helpful
Helpful
Comment Report abuse

Francie Nolan
4.0 out of 5 stars Could Not Put Down
Reviewed in the United States on January 4, 2017
Verified Purchase
I could not put this book down. I can't believe what Ms. Baer lived through growing up in Viet Nam between the abuse of her step-father, the constant moving due to the Viet Cong infiltrating, the poverty and search for food. Still, she found much to enjoy--like swimming in ponds, climbing trees and finding bugs. She loved bugs. She also loved her family and was so kind and generous to her parents, even though the step-father was such a real so and so..

SPOILER: She says to her mother one day, when it was clear there were too many mouths to feed, I'm old enough to take care of myself. I'll go to Saigon and find work. Her mother said, Okay. Ms. Baer of was all of THIRTEEN!! I couldn't believe it.

She is an amazing woman and this is a fascinating memoir of a child's life in Viet Nam during the war (and also her teenage years). God bless her.

Kindle Customer
5.0 out of 5 stars Well written
Reviewed in the United States on January 20, 2017
Verified Purchase
I was born in 1973 and had neighbors and classmates who escaped Vietnam, but I've never learned about the country, just what I saw in war movies. Linda was able to give me an insider's view of that time and place, mostly from a child's view. The book is about growing up, and how war interrupted that at times. The book is easy to read, and enjoyable. I looked forward to reading more and for the sequel. I would suggest reading this book.
Read more
4 people found this helpful
Helpful
Comment Report abuse

Roxanne Ho
5.0 out of 5 stars Useful read to combat the entitlement attitudes of our children.
Reviewed in the United States on October 4, 2017
Verified Purchase
Excellent, easy to read autobiography about a terrible time in history. Linda's perseverance shows her inner strength and her lighthearted writing style takes the edge off of what could have been a dark, hopeless story. Personally, I believe this is a must read for all the future generations of children of immigrants to the USA as it is a testament to the suffering of previous generations and instills understanding and gratitude for the improved lives we have because of their sacrifices.
Read more
3 people found this helpful
Helpful
Comment Report abuse

mitsue
3.0 out of 5 stars Liked the book
Reviewed in the United States on January 10, 2017
Verified Purchase
I am old enough to have lived through the Second WW. The Korean War, The Vietnamese war and very much opposed the last one so I was very interested in reading about life in Viet Nam for the people. This book manages to provide a view of what life was like before the troops arrived but it dragged in places . However I would recommend it as it bring is closer as human beings how to survive the devastation of hunger, poverty and what is necessary to persevere...
Read more
3 people found this helpful
Helpful
Comment Report abuse

Jrmac59
5.0 out of 5 stars Amazing Story
Reviewed in the United States on December 2, 2019
Verified Purchase
I enjoyed reading this book very much. I had always wondered what it was like for the people of Viet Nam during the war. It gives a good picture of life in a war torn country and the hardships and brutal reality of war for the Vietnamese families. It was both funny and sad and it truly was a pleasure to read.
Read more
One person found this helpful
Helpful
Comment Report abuse

L. Sheer
5.0 out of 5 stars Five Stars
Reviewed in the United States on January 24, 2017
Verified Purchase
I already reviewed it...I do not know what happened to my original review. I know I read the book and learned what it was like for the people of VietNam and for the American soldiers. Some did good things and some did terrible wrong on both sides but that is life. Have read a 75 year history of VietNam and learned so much. Yes the Vietnamese people were so oppressed. So poor and had so little. We in American do not know how blessed we are to have what we have. I look forward to reading the next book.
Read more
2 people found this helpful
Helpful
Comment Report abuse

Carol G. Furtwangler
5.0 out of 5 stars Lest we forget...
Reviewed in the United States on January 13, 2016
Verified Purchase
"Linda B.," as this delightful woman is known to her multitudes of friends and decades-long clients of her highly successful business, had no need to invent a single dramatic incident in her engrossing "Red Blood, Yellow Skin": She lived them all. From her unique perspective as a child growing up in both North and South Vietnam, Mrs. Baer writes a riveting narrative of her experiences, from witnessing at age four the death by immolation of her father through her marriage to an American serviceman. Baer's voice could not be any more authentic, as it is her own. Her story could not be any more engaging, as it is her eyewitness account of the vicissitudes of life in her divided country during a war we should never forget. It is such chronicles that ensure we do not.
Read more
4 people found this helpful
Helpful
Comment Report abuse
See all reviews from the United States