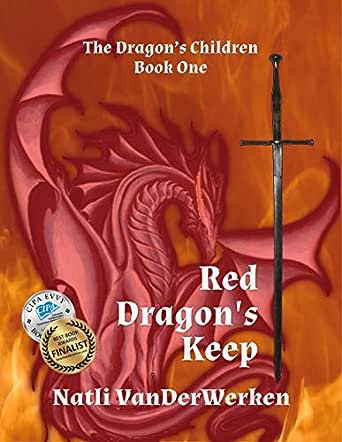 You've subscribed to The Dragon's Children! We will preorder your items within 24 hours of when they become available. When new books are released, we'll charge your default payment method for the lowest price available during the pre-order period.
Update your device or payment method, cancel individual pre-orders or your subscription at
Your Memberships & Subscriptions
There was an error. We were unable to process your subscription due to an error. Please refresh and try again. 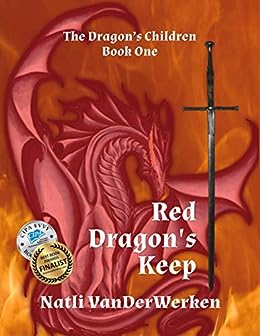 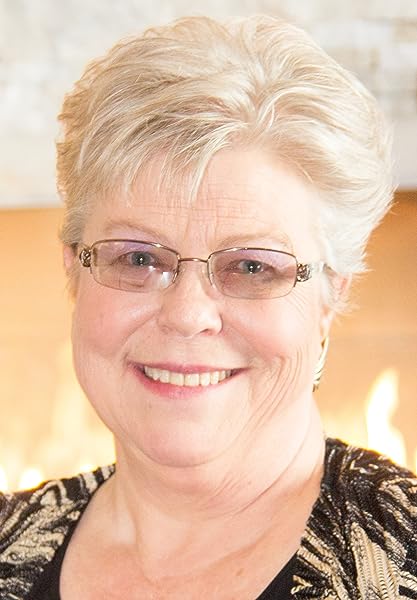 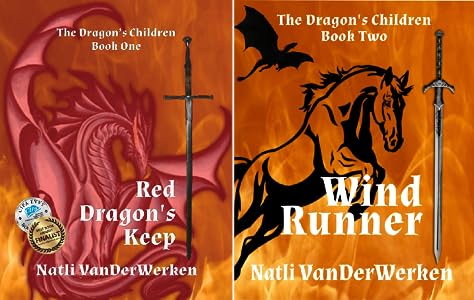 The author has created a suspenseful novel that grabs the reader's interest from the start.
Full of action and adventure, the story weaves magic, treachery, and a young man's coming of age into a compelling read that won't let go until the last page. The characters are likable. I cheered for them at every turn. The plot keeps building until the surprise ending,
leaving you breathless and waiting for the next adventure. This is a good read.     Ann Hicks

If you like Harry Potter, you're going to love this series.
I love Dragons. I collected 30 of them from all over the world while I served in the Navy as a meteorologist.
I'm a Dragon expert. Red Dragon's Keep was inspired by a story starring my grandchildren that I told them one Christmas Eve. I've been telling tales to my friends, children, their friends, and my grandchildren for a very long time.
The book won two Silver Awards and an Award of Merit at the 2018 Colorado Independent Publishers Evvy Awards. It was a Finalist in the American Bookfest Best Book Awards.

Demons want to kill him. Dragons need to save him.
Red Dragon's Keep, a coming of age fantasy novel, is the first book of The Dragon's Children Series by Natli VanDerWerken.
Thomas Arach, the first-born son and heir to Red Dragon's Keep, desperately wants to earn his father's respect. He's bitterly sure he'll never be allowed to learn the arts of war. Called away from the Keep by the King, his father finally realizes Thomas must be trained.
Demons are attacking the outlying farms and villages, moving toward the Keep, driving refugees before them. A desperate search for a piece of the Talisman that summons the Dragons of myth and legend sends Thomas and his compatriots searching through archives and hidden tunnels.
Sabotage, treason, and a Sword of Light change his life forever.
Will Thomas learn the lessons of war, master the magic hidden in his blood, find the piece of the Talisman, and prepare his home before the Demons arrive? Can he save Red Dragon's Keep?

Natli VanDerWerken loves Dragons. She collected 30 of them from around the world while she served as a meteorologist/anti-submarine warfare specialist in the Navy. She's told stories for as long as she remembers. The Dragon's Children Series grew out of a fairy-tale she told her grandchildren one Christmas Eve.
She's a website designer and shows Shetland Sheepdogs. Red Dragon's Keep is her first novel.  Find her at natlivanderwerken.com or facebook.com/natlivanderwerken.author
Read more

Littledove
5.0 out of 5 stars A book you won't want to put down until you finish it!!
Reviewed in the United States on February 18, 2018
Verified Purchase
I was hooked when I read the Prologue and I am certain you will too. I love Young Adult stories and found Red Dragon's Keep an adventure that held my attention and when I read the last page, I wished all of her books were available so that I could continue reading. Full of adventure and suspense that held me captive through to the last page. I look forward to reading more of Ms. VanDerVerken's words in this wonderful Dragon's Children Series. Thank you!!
Read more
Helpful
Comment Report abuse

Ann Hicks
5.0 out of 5 stars Coming of age in a time of magic makes for a great adventure
Reviewed in the United States on July 24, 2017
Verified Purchase
The author has created a suspenseful novel that grabs the reader's interest from the start. Full of action and adventure, the story weaves magic, treachery, and a young man's coming of age into a compelling read that won't let go until the last page. The characters are likable. I cheered for them at every turn. The plot keeps building until the surprise ending, leaving you breathless and waiting for the next adventure. This is a good read.
Read more
One person found this helpful
Helpful
Comment Report abuse

Natli VanDerWerken - Author
5.0 out of 5 stars I like it!
Reviewed in the United States on August 31, 2017
Verified Purchase
I bought it to read on my tablet as a real ebook. Even though I wrote it, it still felt like a whole new book. It's darned good.
Read more
One person found this helpful
Helpful
Comment Report abuse

Natli Anne Goben
5.0 out of 5 stars A must read for every dragon adventure enthusiast!
Reviewed in the United States on July 25, 2017
Verified Purchase
I thoroughly enjoyed this book! The author has created a world that brings you in and entices you to keep reading!! I am so excited for the next book!
Read more
One person found this helpful
Helpful
Comment Report abuse

Jennifer Kerr
5.0 out of 5 stars great read!!!! well worth the money!
Reviewed in the United States on July 24, 2017
Verified Purchase
great read! Kept me interested all the way through! Can't wait for the next one!
Read more
One person found this helpful
Helpful
Comment Report abuse

Heather
4.0 out of 5 stars Good read aloud book
Reviewed in the United States on May 21, 2020
I met the author at a local book fair and fell in love with her dragons and stories. I bought this book there and am reviewing here for other readers. My son is 11 and my daughter is 4, they really enjoy when we spend the evenings reading aloud together. I love oral storytelling, the oldest format for stories that human culture has, and this book lends itself well to that format. As the person reading aloud, I appreciated the shorter chapter format. My son loved the story featuring a protagonist he can relate to. Thomas's struggles are both fantastic: save his family and lands from invaders of a mystical sort and grounded in reality: how to step up and be responsible in the face of struggle. And: Dragons (or the promise of them). My younger daughter always enjoys our story times also loves dragons. She's 4 so she spends half the time pretending to BE the dragon.
This book is also strong for the female readers: young women will see themselves in the girl, Marta, and I could easily see her becoming a spin-off story.
I appreciate that this book is approachable for a wide range of ages, too. The language is clean, there's zero sex, and the cast of characters (with the promise of each getting their own story!) appeals to all kids. The story line is continuous and seamless; while the POV changes between the main characters the story advances with each chapter.
My only quibble with the book is how easily the kids find their 'path'. While my son thrilled at the quick transition when the main characters 'leveled-up', I prefer more struggle and slow story building. But that is a personal preference and I think many kids, like my son, will prefer the quicker denouement. The ending leads to an easy transition to the second book which is good for us as we intend to read it. If you or your child prefer stand-alons then this is not the book for you. If you and your child love series (we do) then you will really enjoy Red Dragon's Keep and the promise of future books. I see that Amazon has book two, Wind Runner, available and I foresee another round of evening storytelling in our near future. This is a great book to spend time with as a family and I hope you enjoy it as much as we did.
Read more
Helpful
Comment Report abuse

Carmela Worner, Co-Author, Frugal Utopia
5.0 out of 5 stars Mesmerizing!
Reviewed in the United States on September 29, 2017
I thoroughly enjoyed this book, and it is an excellent choice for young readers! The Dragon’s Children Series Book One is a well thought out, well-written book that keeps you engaged in the story from page one. It’s a complete page-turner, that has everything young adult (and even older adult) readers want—adventure, excitement, magic, fantasy, and even—a dragon! I was mesmerized! This is the first in a total of five books in this series (four of them are forthcoming). I hope Ms. VanDerWerken finishes them soon. Otherwise, I fear she might have her readers knocking down her door!
Read more
One person found this helpful
Helpful
Comment Report abuse

T Pommie
5.0 out of 5 stars Anxiously awaiting the next book!
Reviewed in the United States on March 9, 2018
This is listed as a teen and young adult book. I am well beyond young adult but I still loved this book. I started reading it and didn't stop until I finished it! The characters and plot were very well-developed. With the characters, you felt as if they were old friends that had wandered back into your life. I got the book through Kindle Unlimited and I came back online to actually buy it so that I could reference it if necessary when I read the books that follow it!
Read more
Helpful
Comment Report abuse
See all reviews from the United States