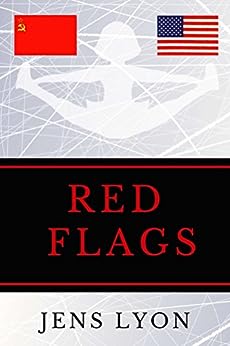 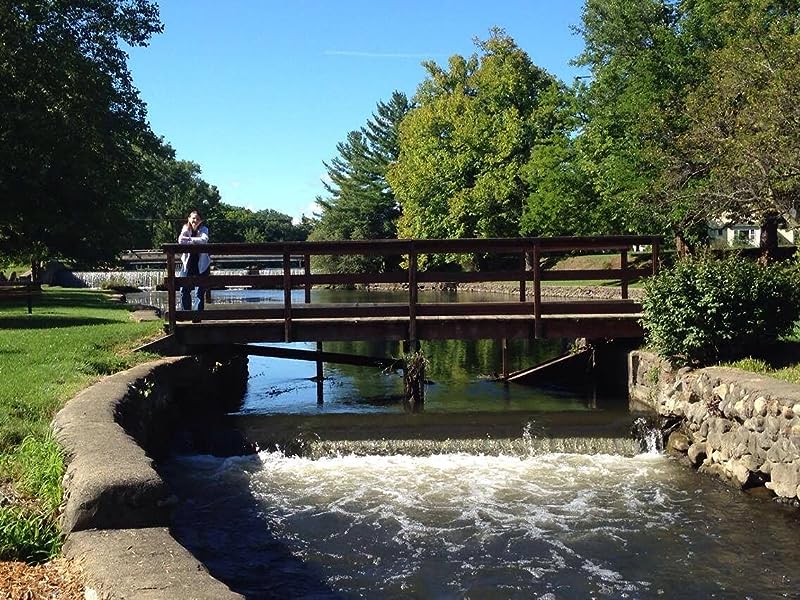 Jens Lyon began writing figure skating fiction in the late 1990s, when she launched the long-running web serial, THE STRONG AND THE SEQUINED. She is also the author of the children's play, TIME TRIP: A DINOSAUR MUSICAL. She lives in the Detroit area. --This text refers to the paperback edition.

cindyinthewind
5.0 out of 5 stars A satisfying story of skating and survival
Reviewed in the United States on February 12, 2017
Verified Purchase
If you're me, any time you buy a self-published book, you feel you are taking a bit of a chance--on the writer's skill, on the quality of the editing, on the overall quality of the book. After all, there have been no gatekeepers to ensure any level of quality, and there are a ton of badly written, not-at-all-edited, self-published works out there by people who think they can write and whose friends all assured them they could write, whether or not they really could. I bought RED FLAGS anyway, because, as a former denizen of the rec.sport.skating.ice.figure newsgroup in the '90s, I had been a regular reader of Jens Lyon's serial THE STRONG AND THE SEQUINED, and I already knew she could write!

Lyon posted the first chapter of her "skating soap opera" as a kind of joking response to many debates and discussions about "controversial" topics related to real-life figure skaters--a way to "talk" about topics the group's members were reluctant to talk about when attached to the names of actual people. While anchored in the reality of skating as we knew it, it was populated by fictitious characters whose storylines touched on pretty much all of these situations. And it was well written--so well written that r.s.s.i.f members clamored for more from the first chapter onward and discussed its happenings on the group. It may have started as a kind of joke, but it soon established itself as a serious skating "fanfic" series, if on an unorthodox platform.

For this reason, I felt secure enough about the likely quality of RED FLAGS to buy it with confidence, and my faith was not misplaced. In RED FLAGS, Lyon has created a fully fleshed backstory for one of the primary characters in THE STRONG AND THE SEQUINED, Larissa Lyubovskaya, who was born and grew up in the waning decades of the Soviet Union and whose competitive skating career ended only a few years before her country dissolved altogether. In THE STRONG AND THE SEQUINED, Larissa is a tough Russian ex-skater hardened by experience; in RED FLAGS, Lyon describes how she got that way. Larissa's family origins are less than ideal--to say the least--and Soviet life is already difficult enough. She finds a form of escape in her precocious talent for figure skating, which enables her to leave her troubled home to train in Moscow to earn "medals for the Motherland." But Larissa soon finds herself in an even worse situation--her coach is a serial physical and sexual abuser of his pupils, and the younger they are, the more perfect the victim. Larissa becomes his new favorite quickly. The only place she can escape the horror of his hands, his fists, or the rest of him, is on the ice.

RED FLAGS is a dark story, and it should not be read without trigger warnings. The lives of Larissa and her fellow competitive skaters are full of pathology: child abuse, rape, underage pregnancies and clandestine abortions, anorexia, bulimia, self-harm, and suicidal ideation, to name a few. If you have any experience with these in your own life, you may find it helpful to read with a trusted friend with whom you can discuss the emotions the book is likely to stir up in you. It helps, if you know as I did going in, that Larissa's story is one of a survivor; you are then reading it compulsively to learn how she enacted her escape from both her crumbling country and her personal hell. Even if you have no experience with her kind of suffering, you will find yourself rooting for her all the way. You can be assured that the subjects are handled with sensitivity and sympathy, not salciousness.

Although I am an American who never visited the Soviet Union, I found Lyon's description of the country and its realities utterly believable. As someone about eight or nine years older than the Larissa character, I grew up watching Soviet athletes on TV during the Olympics, thinking of them as "skilled enemies," of sorts. I couldn't help but be curious about their lives and what they were told by their government about how people like me lived. Since the fall of the Iron Curtain, I have found stories of their lost world fascinating, as well as those involving their discovery (at least the discovery of some of them; others appear to have known they were being lied to all along) that life in the West was not as dark and horrible as they had been told it was. Yes, the West had guns and violence, but not on every street corner; yes, there was great wealth and great poverty, but even a poor person could walk into a local store, find a reliable supply of toilet paper there, and afford to buy it, without having to wait in line for hours.

It's entertaining to come to RED FLAGS as an old THE STRONG AND THE SEQUINED reader, because you will find many other "regulars" from that series popping up as minor characters, and I hope now that Lyon can find time to follow up this book with more novels centered on them. But as a good "yarn" about a young skater who escapes from a cycle of abuse to find her own voice and make her own way in the world, it stands alone. I would highly recommend it to fans of figure skating, who will find its details thankfully and rigorously accurate, although they should understand that Lyon deliberately and routinely "relocates" sites of actual historical competitions from their host cities. You will also find no easy chronological signposts in RED FLAGS, but if you know history well enough, you will be able to discern which years events are taking place in on your own. (Hint: Although the author doesn't spell this out, it starts in 1970 and ends in 1991. Take it from there yourself. And I must admit that when I realized she had written a scene in which a character is so shocked at seeing a bit of news that she almost drops her can of Aqua Net, I laughed out loud, because to me nothing says "summer of 1988" like a young woman with a can of Aqua Net!)

To sum up...whether you enjoy stories about figure skating, Soviet life, survival, or whatever may bring you to RED FLAGS, it's a solid and enjoyable read, and it will make you want more from the author about the other characters and their lives--both up to the late '90s (when THE STRONG AND THE SEQUINED's events began) and beyond. Jens Lyon, I hope you can handle the demand!
Read more
One person found this helpful
Helpful
Report abuse

Sandy Toms
4.0 out of 5 stars YOUNG SKATERS BEWARE !
Reviewed in the United States on January 28, 2017
Verified Purchase
Enjoyable. Reading this book gives a new perspective of athletes' lives in situations where the children are separate from families. Fast paced, I didn't want to put it down. The main character is well developed and is a testiment to the human spirit.
Read more
Helpful
Report abuse
See all reviews
Back to top
Get to Know Us
Make Money with Us
Amazon Payment Products
Let Us Help You
EnglishChoose a language for shopping. United StatesChoose a country/region for shopping.
© 1996-2021, Amazon.com, Inc. or its affiliates