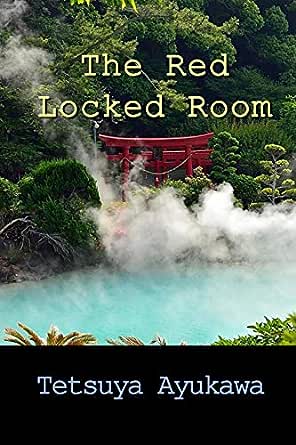 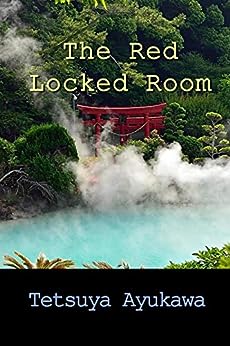 Shannon Malone
4.0 out of 5 stars A fascinating mystery and world travel
Reviewed in the United States on August 31, 2020
Verified Purchase
I read a very interesting review of this genre in The Washington Post and thought I'd give it a shot. Very interesting! I'm less interested in solving the mystery (which are great--very Sherlock Holmes) and more interested in the difference in narrative style and exploring Japan via these tales. Highly recommend!
Read more
One person found this helpful
Helpful
Comment Report abuse

Kindle Customer
3.0 out of 5 stars Interesting Short Stories
Reviewed in the United States on September 16, 2020
Verified Purchase
These were interesting stories and I don’t believe the average reader would be able to solve the how question. Although I will admit that I realized the how of one - I just guessed the wrong who. They are well worth reading.
Read more
Helpful
Comment Report abuse
See all reviews

Santosh Iyer
5.0 out of 5 stars Simply outstanding !
Reviewed in India on May 15, 2020
Verified Purchase
This is a collection of 7 stories involving impossible crimes and unbreakable alibis. These were first published in Japanese magazines between 1954 and 1961. These have now been translated into English by Ho-Ling Wong and published by Locked Room International owned by John Pugmire.
I give below a synopsis of each story:
1. The White Locked Room: A girl student visits the house of a professor who lives alone. But another man opens the door and claims that he had come a few minutes earlier and found the professor murdered by stabbing. The knife is missing. Medical examination shows that the professor was murdered after the snow had stopped falling. But there are no footprints of the culprit on the snow. There are only 2 sets of footprints, those of the girl and the man, approaching the house.
2. Whose Body ? : Three artists receive parcels by registered post on the same day, each containing a strange item. The 3 items are an empty bottle of sulphuric acid, a revolver unloaded but from which shots have been fired and a vinyl rope .The sender is mentioned as one Atsushi Akutagawa, an art merchant. But he denies having sent the parcels and it all seems a prank. Seven days later, a decapitated corpse is found in a burnt -down building. Examination shows that the man has been strangled, shot on the back and his fingers burnt by sulphuric acid. It seems that the man was murdered prior to the sending of the parcels and the items of the parcels were the crime weapons used.
3. The Blue Locked Room: The director of a theatre troupe who is disliked by all the actors of the troupe is found murdered in his locked room. The only exit is an open window and it seems that the murderer escaped through the window, but it is discovered that the flower bed underneath the window is completely undisturbed. Then how did the murderer escape ?
4. Death In Early Spring: The dead body of a young man is found at a construction site, murdered by strangling with a muffler. The chief suspect is his rival in love, whose lighter is found at the scene. But he is able to prove conclusively that he was on a train at he time of the murder.
5. The Clown In The Tunnel: The vocalist of a musical band is found murdered by stabbing in the bathroom of the band’s office cum accommodation, Before the murder, a person dressed as a clown is seen entering the building. Afterwards, the cook sees him escaping through a tunnel which connects the back alley of the building to the street. However, at the same time, there are persons at the other end of the tunnel and they don’t see him emerge. How did the clown vanish ?
6. The Five Clocks: A young employee in the accounting division of a govt. office is suspected of gross embezzlement of funds. After severe interrogation, he breaks down and agrees to give a written statement on the details of the crime within a week. But after 4 days, he is found murdered by strangling with a towel in a room of his apartment. Now the assistant division chief is also suspected to be involved in the embezzlement and hence he is the chief suspect for the murder. But he has a strong alibi, where the timings are confirmed by 5 diffent clocks. It is possible to tamper one or two clocks but can 5 clocks at different places be tampered with ?
7. The Red Locked Room: The body of a medical student is found dismembered into many pieces in the dissection room of the autopsy section of a medical college. A blood stained surgical saw and scalpels are also found. The doors were locked and the dismembered body was discovered on opening them. The windows are all shut and barred. How did the murderer enter the room and leave after committing the ghastly crime?
Th main detective in stories 1,3,5 and 7 is Hoshikage, a specialist in impossible crimes. The main detective in stories 2,4 and 6 is Onitsura, a specialist in cracking unbreakable alibis.
All the stories in this collection are outstanding, ingenious and highly enjoyable. Also very suspenseful; one is compelled to finish the story to know the solution. They are also well-clued making them fair play mysteries.
I highly recommend this book not only to impossible crime fans, but also to general mystery fans. They will be delighted.