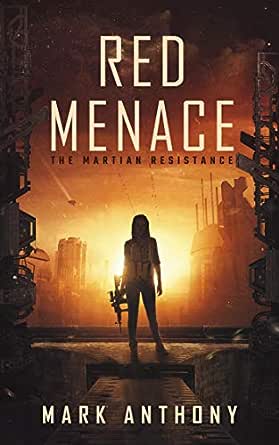 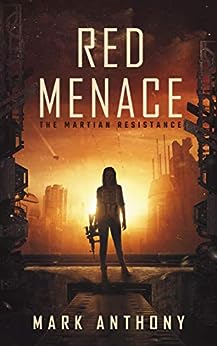 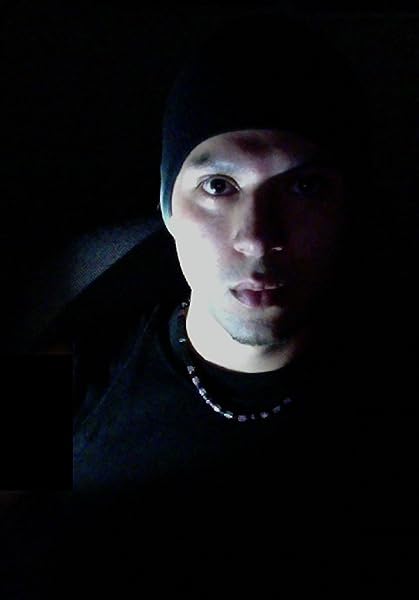 Grady HarpTop Contributor: Children's Books
HALL OF FAMETOP 50 REVIEWER
5.0 out of 5 stars ‘In real life, I’ve never used a weapon in anger’
Reviewed in the United States on October 24, 2020
Verified Purchase
California author Mark Anthony continues to satisfy devotees of science fiction with this new novel, RED MENACE: THE MARTIAN RESISTANCE. His previous books have included THE ALTERNATE REALITY series of three volumes and COMPUTER LOVE: A ROBO ROM COM. Clearly his fascination with space and his ebullient imagination are creating a solid niche in the sci-fi genre!

With space travel actually happening now, the action of Mark’s new novel becomes more credible – and a bit ominous in the possible resultant concepts. After tempting the reader with visions of life on Mars in the Prologue, the story opens with an atmosphere describing the red planet – ‘Ara kept quiet while riding inside her all-terrain auto. Her backpack rested in her lap and her gloved hands rested on top. Her gloves and backpack matched her darkened street clothes, all of which matched the sparse Martian terrain – reddish-brown. However, the terrain was hard to see given the time of night. She looked towards the Arsai Mons extraction and pumping facility. Within the spanning network of buildings, the machinery chewed up the Martian regolith and fed the fluids down to Daedalia. One day, she would destroy the facility. Maybe then the Earthers would relinquish control to those who deserved it – the citizens of Daedalia. Tonight, she would merely steal the structural schematics.’

Painting a scene so well equipped to puncture a hole in disbelief is a quality that marks the prose of this fine author. He provides a seductive summary of where the story will lead – ‘In the year 2026, the first humans traveled to Mars. Soon after, additional people traversed the expanse, their trek times decreased thanks to advances in propulsion. Then in the late 2030s, A.I. systems radically altered space travel by unlocking the secrets of gravity, thus cutting the travel time from six months to six hours. With this new travel technology, humans emigrate to Mars by the millions, forming cities and governments, and eventually the Martian Federation. All the while, Earth maintains tight control over its multitrillion-dollar investment. Mars resents this, but with their survival dependent on Earth, they unwillingly concede. Over time, scores of Martians demand secession. By the 2070s, rebel groups form The Resistance and start attacking Earther facilities and personnel. For Ara Elio, a Martian native, this opposition movement has no personal meaning. However, an unexpected event will thrust her into the eye of the rising red storm.’

Capitalizing on contemporary hunger for implications of the future of space travel, Mark has succeeded in writing a fascinating, and possibly predictive, story. In doing so, he not only has created an entertaining story, but also offers some insights as to the implications and complications of interplanetary habitation! Highly recommended. Grady Harp, October 20

Celeste S
4.0 out of 5 stars Gripping sci-fi story
Reviewed in the United States on October 31, 2020
Verified Purchase
“Red Menace: The Martian Resistance” is a gripping science fiction book written by Mark Anthony.
In this futuristic novel, the battle between love and hate takes the form of a fight between Martians and the inhabitants of Earth. After a series of innovations in technology and discoveries in the field of space travels, Mars has been fully colonized. By the year 2070, millions of people have travelled to the red planet and have created cities and the Martian Federation. Martian natives resent the tight control planet Earth still has over Mars and create The Resistance. Ara Elio, the protagonist of this story, gets involved in this battle, which will change her life after it becomes personal.
What I liked the most about this book is that it has a perfect blending of science fiction and romance. It is excellently written and the technological and scientific ingredients are so well employed and explained that they make this book convincing and original at the same time. A must-read for all science fiction lovers.
Read more
One person found this helpful
Helpful
Comment Report abuse

Nela
4.0 out of 5 stars Engaging plot and fascinating world building!
Reviewed in the United States on October 29, 2020
Verified Purchase
Showing the evolution from year 2026, when the first humans traveled to Mars, to the 2070s, when rebel groups in Mars form The Resistance and start attacking Earth facilities and personnel; author Mark Anthony wrote “Red Menace: The Martian Resistance”. This science fiction story tells us about Ara Elio, a young Martian native, who an unexpected event will thrust into the eye of the storm.
Although this is a long length book that has some more than four hundred pages, it is divided into 70 chapters, which make it an easy reading. Also, the balanced mixture of narrative and dialogues keeps its chapters motivating and brings each one to a fitting end that urges the reader on to the next for more. But what was more catching for me was the imaginative description of scenarios, characters and futuristic tools and devices. I was really impressed by the world building of this life in Mars.
With an engaging and fascinating plot surrounding the phenomenon of space travel and interplanetary life, it will appeal to readers across genres.
Read more
One person found this helpful
Helpful
Comment Report abuse

Evelyn
5.0 out of 5 stars Clever science-fiction
Reviewed in the United States on November 2, 2020
Verified Purchase
Red Menace: The Martian Resistance is a clever science-fiction adventure book written by Mark Anthony, an author from Los Angeles. His imagination and his passion for robotics have helped him craft this masterpiece which appeals to any kind of reader since it is really interesting and delightful. It is an action, fun and fast-paced novel that will leave the reader excited until the last page.
This book contains seventy chapters. Each one more captivating than the last one, but if I have to choose one I would say that my favourite is the last one since I kept biting my nails until the last sentence. To be totally honest, as soon as I opened this piece of work I thought it will be impossible to stay focus on its 467 pages, but I was wrong. It really fulfilled my expectations.
If you are ready for an adventure that will take you on a spatial journey to Mars, be sure not to miss out on this one! I am most certainly looking forward to more from this very talented author.
Read more
One person found this helpful
Helpful
Comment Report abuse

JoJo Maxson
4.0 out of 5 stars Intense with a bit of humor.
Reviewed in the United States on October 26, 2020
Verified Purchase
Red Menace: The Martian Resistance by Mark Anthony is a true science fiction adventure. Ara Elio is a native Martian that only knows that Mars should be ruled and governed by their own people, not Earthers that do not understand the struggles and livelihood they possess. Determined to get revenge and justice for her brother who was shot down, Ara joins a rebellion that seeks to be free. Peace doesn’t get results, so they must up their strategy and take the fight to them.

Even though there is plenty of action and fighting in Red Menace: The Martian Resistance; I love the humor and snarky attitudes of Cage and Mel. If I turned it into a movie, Mel and Cage would add intrigue. Ara is focused and dedicated, while Rowen follows her to keep her safe. Overall, this novel shifts from serious, to witty, and back to intense. Lovers of science fiction will want to visit more of Mark Anthony’s books, as this is his forte and is becoming identified in this genre.
Read more
One person found this helpful
Helpful
Comment Report abuse
See all reviews