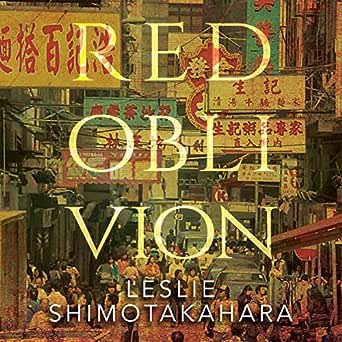 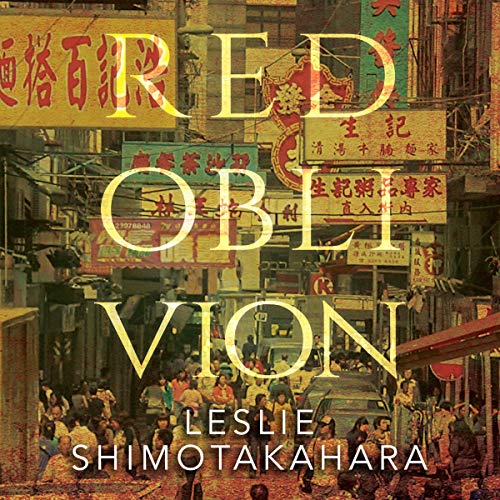 Lee
3.0 out of 5 stars Descriptions of Hong Kong spot-on but story too cliched...
Reviewed in the United States on December 24, 2019
Those who've read my past reviews will undoubtedly have heard me mention the affinity I have for my birthplace of Hong Kong, despite being physically so far removed, living thousands of miles away here in Los Angeles. Having grown up immersed in 2 very different cultures, I've always felt as though I have one foot planted in the East and the other in the West, and it is this blending of two worlds that has shaped my identity over the years. Given this dynamic, the past 5 months have been, without a doubt, extremely difficult, as I watch a city I've loved for decades slowly crumble and descend into unspeakable chaos. Seeing image after image of streets I once walked on, shops I once visited, MTR stations I once passed through, now become an unrecognizable mess…on top of that, having to worry about the safety of various relatives living in HK currently, many of whom reside in the heavy protest areas – it's been heartrending to say the least.

It is against this backdrop that I picked up Leslie Shimotakahara's second novel Red Oblivion – a fictional story written way before the protests occurred, yet amazingly timely in the way it sheds light on the conflicted relationship between Hong Kong and Mainland China. The city described in the book is the Hong Kong I am most familiar with – whether it's the locales or streets, the structure of buildings, the people and their way of life, the social and entertainment aspects, etc., elements that make up the "uniqueness" of the HK cultural identity were touched upon in the story, which I definitely appreciated, since it's rare for HK-set stories to cover these aspects. Getting to "revisit" the HK of old and indulge in the nostalgia of the past, even for only a brief moment, brought back warm memories, yet at the same time, in light of current events, the experience felt both surreal and bittersweet.

While many of the cultural references and descriptions of Hong Kong in the narrative were spot-on and blended into the story relatively well, the same unfortunately cannot be said of the plot and characters, which I felt were lacking. From a plot perspective, I actually felt the story was too clichéd and predictable — there were moments where the plot felt formulaic to the point that I felt like I was watching one of those run-of-the-mill HK soap operas that the local television station over there is famous for. The characters too, came across one-dimensional and, at times, even bordered on stereotypical, to the point that I found it difficult to connect to any of them on an emotional level. In fact, there was a point where I actually found the main character Jill annoying. Perhaps because of my deeply-rooted familiarity with HK and having grown up immersed in its unique culture, I have a different sensibility to HK-related stories than most others probably would – for me, the biggest flaw with this book is that the story lacked depth, both in terms of the flow of the plot (at times it felt like the author was trying too hard to "check off the boxes") and also development of the characters. From the Author's Note, I understand that the author herself isn't from Hong Kong, but her husband is – the inspiration for the patriarch in the story was actually her father-in-law, whom she had the opportunity to visit with during the last few months of his life and hear him recount his experiences as a youth in China during the Cultural Revolution…these stories, combined with the author's own research, served as the backbone for the portion of the story set in Mainland China. Overall, this was a decent effort and it's a book I'm glad I read, but I feel that the story had the potential to be so much more, especially from an emotional and inspirational standpoint.

I actually read majority of this book earlier in the week, during the few days when the siege at HK's Polytechnic University was all over the news — alternating between reading about the HK of old and revisiting the historical origins of its fraught relationship with the Mainland, and then looking up and seeing on the news the scenes of protesters battling the police, it was a jarring reminder for me that, regardless of how the current situation in HK plays out in the end, the one thing that is certain is that, sadly, the city will never be the same again.

Received ARC from Dundurn via Edelweiss.

Fran
5.0 out of 5 stars Hidden Wartime Memories
Reviewed in the United States on October 21, 2019
Two sisters, Jill and Celeste Lau, traveled from Toronto to Hong Kong after receiving a phone call that their ninety-four year old father was gravely ill. Ba's housekeeper informed them that their father had experienced sleeplessness and lack of appetite since two letters postmarked from Guangzhou arrived. These anonymous mailings and Ba's concern about possible subsequent communications are somehow linked to his secretive past in Guangzhou, his escape to Hong Kong during The Cultural Revolution, and his amassing wealth.

"Ba has simply always liked the tacility of money. It's like satin to his fingertips...not that he's ever put much stock in comfort, his own or others...The self-entitled frugality, the insistence on his way or the highway..." Celeste felt that Ba "raised our family like a business..." Jill and Celeste were fed implausible tales of escape and how Ba made his fortune. Jill's thoughts- "...I assumed that in reality Ba was ashamed of the way he'd made his escape." Jill stayed on in Hong Kong in an attempt to discover what acts of desperation committed by Ba would make "someone from the old days" in Guangzhou continue to haunt him. Celeste, unable to cope with Ba, returned to Toronto. Is the truth knowable? Should the daughters just be grateful that Ba provided them with a "lush life" even if built upon corrupt behavior? Ba's lips are sealed. No confession of wrongdoing is forthcoming.

"Red Oblivion" by Leslie Shimotakahara is a work of historical fiction exploring Guangzhou, China during The Cultural Revolution. Chaos and deprivation arguably set the stage for unscrupulous behavior. The tome explored strained family relationships and presented a window into cultural revolution struggles which included hard labor, arbitrary imprisonment and seizure of property.

Sandy
5.0 out of 5 stars A Unique and Engrossing Read - Not to be Missed
Reviewed in Canada on January 29, 2020
Verified Purchase
Red Oblivion is a unique, compelling and utterly engaging novel, which provides an engrossing and interesting insight into modern-day life in Hong Kong and China, as well as a fascinating look back into history, through the lens of China’s Cultural Revolution. It’s an intriguing story, incorporating a history lesson, mystery and an examination of family secrets into one beautifully written book. Shimotakahara writes with impressive skill, deftly detailing the most complex family dynamics and the powerful feelings experienced when the past is exposed. I could not put it down
Read more
Report abuse

Naomi Hamilton
5.0 out of 5 stars Compelling Story of Father’s Secret Past
Reviewed in Canada on October 4, 2019
Verified Purchase
The author’s skillful expression of complicated relationships between family members as she investigates her father’s secret actions to survive the Cultural Revolution made Red Oblivion a compelling story to read. The novel is beautifully written and hard to put down.
Read more
Report abuse
See all reviews