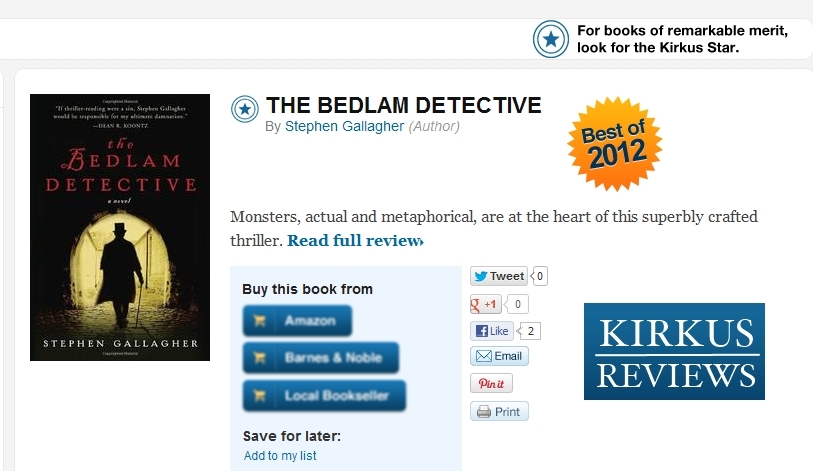 Stephen Gallagher is the award-winning author of fifteen novels including Valley of Lights, Down River, Rain, and Nightmare, With Angel. He's the creator of Sebastian Becker, Special Investigator to the Lord Chancellor's Visitor in Lunacy, in a series of novels that includes The Kingdom of Bones, The Bedlam Detective, and The Authentic William James.