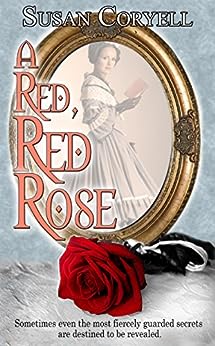 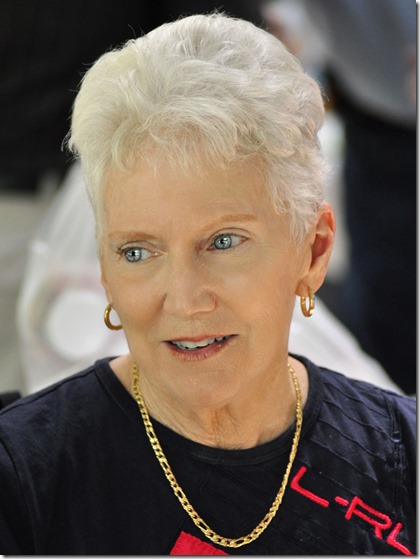 A RED, RED ROSE is the first novel in the Overhome Trilogy, a Southern Gothic/cozy mystery series set in Southern Virginia. Contemporary characters interact against a background of Civil War history, with mystery, romance and ghosts. --This text refers to an alternate kindle_edition edition.

When twenty-year-old Ashby Overton travels to Overhome Estate forthe summer, she hopes to unearth her ancestral roots and the cause of amysterious family rift surrounding the horseback riding death of herGrandmother Lenore many years ago.
From the moment she enters her room in the oldest wing, Ashbyfeels an invisible, enfolding presence.  She learns the room belonged to awoman named Rosabelle, but no one is willing to talk about Rosabelle--no oneexcept Luke, the stable boy who captures her heart. As Ashby and Luke becomecloser, she realizes he can be the confidant she needs to share theterrifying, unfolding secrets.
Ever present is a force Ashby never sees, only feels.Candles light themselves, notes from an old lullaby fall from the ceiling, theradio tunes itself each day.  And roses, always meant for Ashby, appear inthe unlikeliest places.  Are the roses a symbol of love, or do theyrepresent something dark, something deep and evil?
--This text refers to an alternate kindle_edition edition.

Susan Coryell is a member of Authors Guild, Virginia Writers and Smith Mountain Lake Writers. She has a BA degree from Carson-Newman College and a Masters from George Mason University, and is listed in several volumes of Who's Who in Education and Who's Who in Teaching. One of her favorite activities is to talk with budding writers at schools, writers' conferences and workshops. Susan has long been interested in Southern concerns about culture and society, as hard-felt, long-held feelings battle with modern ideas. She was able to explore these ideas in her cozy mystery/Southern Gothic A Red, Red Rose, whose fictional setting is based on Smith Mountain Lake in Southern Virginia. The ghosts slipped in, to her surprise. Susan is the author of the award-winning young adult novel, Eaglebait. When she is not writing, the author enjoys boating, kayaking, golf and yoga. She and her husband love to travel, especially when grandchildren are involved.

Holding the candle at arm's length, I crept
forward, a step at a time, my other hand grasping at
the air in front. I felt like a blind person without a guide
dog.
My fingers brushed across a grainy surface, and
crumbling powder dusted my fingertips. Instantly, I
recognized the metallic smell of rusting screens. I knew
then I must be on the ancient screened porch tucked
between the wings of the house, the crumbling porch
with the antique rocking chairs. The music had led me
here. Again the strains wafted over and around me,
holding me captive as I stood, shivering, gazing at the
dim light of my flickering candle.
The music stopped as abruptly as it had begun.
Struggling to clear the cobwebs of sound spinning in
my brain, I took a deep breath and looked around. I
sensed, rather than saw a movement in my periphery.
When I turned, I became aware of one of the rocking
chairs. Gently, so as to be barely perceptible, the chair
rocked itself back and forth as though someone
invisible sat in it, enjoying the languorous, rhythmic
motion. Rocking, rocking, rocking, without any sound
at all.
Not conscious of moving, I found myself standing
beside the ancient rocker, now motionless, dusty, the
seat sagging within inches of the floor, as though it had
not moved in a hundred years. I had not dreamed it. The
chair had rocked itself, and someone or something had
led me here to witness it. Led me with the music. I had
the evidence. On the decaying cane seat lay a single
fresh rose just out of the bud. --This text refers to an alternate kindle_edition edition.
Read more

4.5 out of 5 stars
4.5 out of 5
64 global ratings
How are ratings calculated?
To calculate the overall star rating and percentage breakdown by star, we don’t use a simple average. Instead, our system considers things like how recent a review is and if the reviewer bought the item on Amazon. It also analyzes reviews to verify trustworthiness.
Top reviews

Diana Rubino
5.0 out of 5 stars A Cozy Southern Mystery With an Otherworldly Presence
Reviewed in the United States on January 16, 2019
Verified Purchase
I love cozies, ghost stories and romance, so A RED, RED ROSE provided two of my favorite genres. When Ashby, a student from New Jersey, is invited by her Aunt Monica and Uncle Hunter to spend the summer at their ancestral plantation Overton in Virginia, she has no idea what—or whom—is in store for her. As she watches over her little cousin Jeff, she spends an idyllic time horseback riding, enjoying the countryside, and falls in love with Luke, the stable hand, adding a dash of sweet romance to the story. As she settles into the bedroom once used by Rosabelle who’s long departed this life, Ashby realizes there’s more to Overton than meets the eye aside from its rich history. As she finds a single red rose in various places and senses a spirit’s presence, she goes to work investigating her family history and finds out it’s Rosabelle’s spirit lingering—but why? Ashby soon finds out—and narrowly escapes a horrendous ‘accidental’ death at the hand of someone who wants her out of the way—but I won’t spill any more than that. Well written, chilling yet not downright creepy, with just the right touches of romance, history and the forces of greed and evil, A RED, RED ROSE provides what we cozy/paranormal/romance readers look for, but rarely find in one book. Kudos to Susan for her handle on those genres and the skill to wrap it all up.
Read more
Helpful
Report abuse

J. A. Davis
5.0 out of 5 stars Unveils the Mystery in Layers
Reviewed in the United States on April 27, 2015
Verified Purchase
Susan Coryell's "A Red, Red Rose" combines all the elements of a good story--Gothic mystery, romance, an approachable ghost, family secrets, a horse farm, a handsome stable boy and caretaker, and the wonderful landscape and southern charm of rural Virginia.

When Ashby Overton from New Jersey travels to the Overhome estate in Virginia on Moore Mountain Lake to be an au pair for her young seven-year-old cousin, Jefferson, she also hopes she'll be able to finally dig up her roots and learn about her ancestors. Her deceased father, Washington Overton, and wife were killed in a car accident, and she had been adopted by an estranged brother, Madison Overton and his wife, Helen. Hunter Overton is now the sole keeper of the old manor with his wife, Monica, and young son.

While searching for her ancestry, Ashby also reawakens a quirky old ghost, Rosebelle, from past generations who changes Ashby's radio station to country and western and leaves rose petals to indicate her presence.

This is a fast-paced tale unveiling the story and family mystery in layers to keep the reader engaged and intrigued. Susan Coryell has a unique way with words that linger with you once you've finished the novel. One of my favorite descriptions is of the antique table used by family ancestors in the old manor: "Generations of my family had sat at this very table, their conversations ebbing and flowing and settling into the porous barn wood where the rise and fall of their voices, their very words were trapped forever."

This is a well-written book with interesting characters. You'll find yourself turning to to it in free moments to find out "what happened next."
Read more
2 people found this helpful
Helpful
Report abuse

Angels R Kids/Furkids
5.0 out of 5 stars Edge of My Seat Read!
Reviewed in the United States on February 18, 2014
Verified Purchase
Ashby heads to Overhome Estate to try and get acquainted with her Overton ancestry and past. She also is there for a purpose of being a caregiver to her young cousin over the summer. Ashby soon finds out that there is much more to this dark, dreary, yet huge and beautiful home that has been in her family for many a century. There is another presence there, one that wants Ashby to help her and to help the truth come out. This presence is Rosabelle. Ashby learns that finding out more information about Rosabelle is harder than she thinks. No one wants to talk about her or will tell Ashby how she is connected to the house or the property. Soon Ashby is learning things about her ancesters that are not very flattering and that make her wonder how safe she is at this wonderful Overton home. With the subtle help of a housekeeper and old family friend Ashby soon discovers things she wishes were still unknown to her. Now that she knows things will she be safe there? Is there such a thing as knowing too much? Can the people she has come to love and care for in this new place be trusted as much as she thinks? What dark secrets lay on the Overhome Estate? At what costs are people willing to keep those secrets hidden?

This was an edge of my seat read. I found it to give just enough information that I just had to read on, but not too much that the rest of the book was all played out in my head after chapter two. The descriptions used in this book to describe things was amazing. I could see the old estate and the wonderful old house perfectly. I also felt like I was experiencing the entire mystery with Ashby. It was a different kind of mystery for me to read. It was more of a dark mystery than a "who done it" mystery. Different as it was to me, I quite enjoyed it. The characters really came to life for me too. They were so well developed, but grew so much through the book. The last few chapters especially are something to write home about, as they say! This was a fast paced book with a little of everything in it for readers. There was adventure, mystery, paranormal, drama, family secrets, spookiness, great relationships, and a little love too. It really fulfills any want I had as a reader. To give more description would be to bring in super spoilers, so to keep it spoil free, I will simply say that so much happens in this book you just have to pick it up and read it. There is no if's, and's, or but's about it! Great writing style, amazing characters, wonderful plot that has a bit of a twist like no other book I have read.