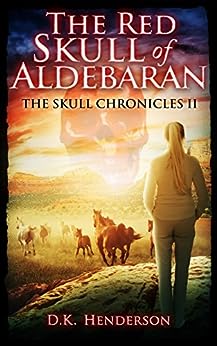 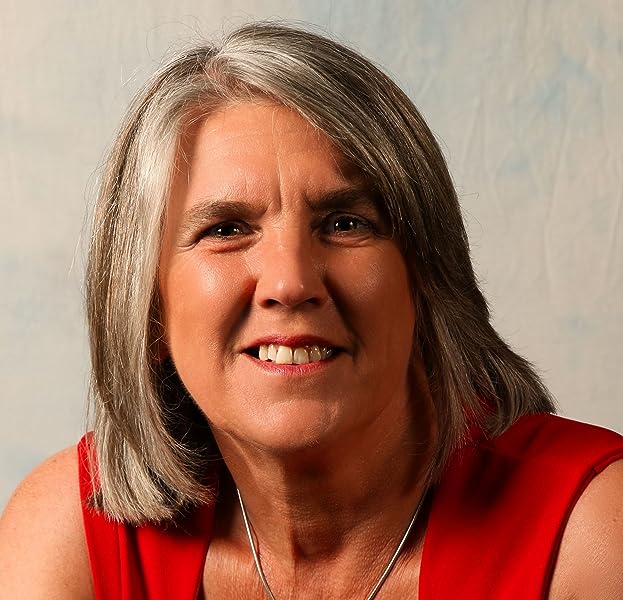 by D.K. Henderson (Author) Format: Kindle Edition
Book 2 of 6: The Skull Chronicles
See all formats and editions
Sorry, there was a problem loading this page. Try again.

Gal-Athiel, the second of the sacred Skulls of Light. Hidden in a labyrinth of underground passages in the heart of the desert. Watched over for eternity by a Native American warrior.

I’m in Arizona with a group of maverick archaeologists on a mission to find her. Only I’m not so sure she wants to be found…

I can’t breathe. I can’t see. I’m lost, irretrievably. A rattle sounds in my throat as I take my final breath. On the ground, just out of reach, a glassy blue skull stares at my corpse with lifeless eyes.

Only this isn’t my death, it’s someone else’s. Someone on a continent 5000 miles away.

Reviews:
~ ‘Another page turner from D.K. Henderson.'
~ ‘The description and story line was excellent, you could almost believe it to be true.’
~ ‘An excellent read.’
~ ‘Fast paced, adrenalin pumping action packed sequel.’

When Dawn left school with a Grade A English Language 'O' level, little did she imagine that many years later she would use that literary creativity and become and author.

Her writing career began in 2010 with Forgotten Wings, a guide to personal and spiritual awakening that was accepted and published by O-Books, a subsidiary of John Hunt Publishing Ltd. Dawn's passion for writing had been rekindled.

Dawn has a long-held deep fascination for ancient mysteries, coupled with a strong conviction that there is much more to the long-ago history of the world than we allow ourselves to believe. She is powerfully drawn to the mystery and atmosphere of ancient sites and unexplained monuments and artefacts. So when she was introduced to the world of the crystal skulls in Summer 2011, it led rapidly to the inspiration for The Skull Chronicles series. Book I, Lost Legacy, was published in April 2012 and Book II, the Red Skull of Aldebaran, just over a year later.

Dawn lives in the beautiful county of Wiltshire, surrounded by its mysterious ancient landscape and stone monuments, which are an important source of inspiration for her writing. She has a grounded, earthy spirituality which is based as much in the appreciation and enjoyment of our physical existence as in the unseen world around and within us.

D.K. (otherwise known as Dawn) Henderson lives and writes in the mystical, magical landscape of Wiltshire, England, surrounded by the ancient &amp; mysterious stone circles of Stonehenge and Avebury. When she isn't snuggled up on the sofa with her notepad and pens, a bottomless supply of coffee and chocolate biscuits and her family of crystal skulls, writing her next novel, or wandering the ancient down-lands that inspire her writing, you may well find her on the dance floor indulging her other big passion, whether ballroom, Ceroc or a good old boogie.

Dawn's author career began in 2009 when Forgotten Wings was published by John Hunt Publishing. It wasn't until 2012 though that she found her way to fiction with the release of Lost Legacy, the first book in her popular The Skull Chronicles series, quickly followed by the next three books in the series - The Red Skull of Aldebaran, Daughter of the Gods and Khalia's Tomb. Book V, Heart of Regulus, has been recently released.

DKH has 2 alter egos. The first, Dawn K. Henderson, is the author of 'Heel Lead', a feel good short novel of love, friendship and second chances in a provincial ballroom dance class.

The second, Dawn Henderson, wears her non-fiction hat as the author of 'Forgotten Wings: a guidebook to spiritual growth and personal transformation' and 'Starspeak' and Starspeak 2' two short volumes of channelled messages from our star brothers and sisters and the crystal skulls.

Find out more about DKH &amp; her books here:

Marilee Nieciak, Spiritual Guide, Crystal Skull Guardian, Transformational Author, Teacher
4.0 out of 5 stars Fascinating with Great Clarity
Reviewed in the United States 🇺🇸 on October 22, 2013
Verified Purchase
I loved Dawn Henderson's book especially since Crystal Skulls are near and Dear to my heart. Her descriptions of geographical areas are spot on and there is an underlying story line that kept my interest - I didn't want the book to end...Where is the next installment?

All of that said the information and the way the Crystal Skulls work with the guardian is true based on personal experience and I know there are Skull that haven't been found yet...There are 13 Original Crystal Skulls that came to help humanity - Find out what this one has to say...It is educational, fascinating and revealing...

Violetstar Voyager
5.0 out of 5 stars Wonderful Stupendous Fantastic Phenomenal
Reviewed in the United States 🇺🇸 on July 10, 2013
Verified Purchase
I literally love her Skull Chronicle books. I finish them in a day (two tops), and I am not a good reader. I bought my own crystal skull from a gem shop, came home to find it had a rainbow heart shape inside the skull! Magical. I believe with all my heart and soul.
Read more
One person found this helpful
Helpful
Report abuse

Christina Escamilla
4.0 out of 5 stars The second part of the Skull Chronicles and it is a good follow up
Reviewed in the United States 🇺🇸 on May 6, 2015
I received this book in exchange for an honest review!

The second part of the Skull Chronicles and it is a good follow up. The story doesn't lose any of the focus that was seen in chapter one and the characters are still very engaging. The author has a knack for weaving the familiarity with the extraordinary and the book is chalk full of suspense and exotic locations. In this regard, I felt her descriptions made the world building that much more effective.
Read more
Helpful
Report abuse
See all reviews

Manxie
5.0 out of 5 stars A Compelling Read
Reviewed in the United Kingdom 🇬🇧 on June 5, 2020
Verified Purchase
Once more, book 2 of The Skull Chronicles doesn't disappoint. It's compelling, fast moving, an amazing story, and at times felt as if I was there within the action. The description and story line was excellent, you could almost believe it to be true. Can't wait to get started on book 3.
Read more
Report abuse

Heather MacEwen
5.0 out of 5 stars An excellent read!
Reviewed in the United Kingdom 🇬🇧 on October 25, 2016
Verified Purchase
After finishing Lost Legacy, I couldn't wait to download The Red Skull of Aldebaran and continue on the skull journey across time and continents.
I think what stands out for me, is the skilful use of language to describe the feelings and sensations invoked by such a profound and benevolent energy employed by the skulls. Anyone who has connected on a deeper level with all that is, will find a resonance in this writing and with the protagonists.
The story is gently gripping and each place is described with such attention to detail, that you can feel the suffocating heat or coolness of forgotten chambers that hold such enticing secrets.
An excellent read!
Read more
Report abuse

Amy Gray
5.0 out of 5 stars Fantastic Book - Great Sequel to Lost Legacy
Reviewed in the United Kingdom 🇬🇧 on July 2, 2013
Verified Purchase
The Red Skull of Aldebaran follows on from the first book "Lost Legacy" and once again becomes a gripping tale - or set of tales - about the heroine and her forbears who were keepers of the 13 original skulls - in this case the Red skull. There's a few surprises on the way - and a bit of 'Rumpy Pumpy' too. Buy it - start to read it - try and put it down! Great stuff - roll on book 3 Dawn!
Read more
One person found this helpful
Report abuse

Amazon Customer
5.0 out of 5 stars it tells the storym through the eye's of ordinary people cought up in exstrodinary situations
Reviewed in the United Kingdom 🇬🇧 on June 18, 2013
Verified Purchase
I just wish the story was longer instead of having to wait for the next one. Taking one story forward, whilst working on another story line shows a well thought out plan love I want more please don't keep me waiting too long
Read more
One person found this helpful
Report abuse

j rawlinson
5.0 out of 5 stars Enjoy
Reviewed in the United Kingdom 🇬🇧 on July 28, 2013
Verified Purchase
Excellent read, great follow on from her first book. The storyline draws you in. I can recommend this book. Enjoy.
Read more
Report abuse
See all reviews
Report an issue
Does this item contain inappropriate content?
Report
Do you believe that this item violates a copyright?
Report
Does this item contain quality or formatting issues?
Report