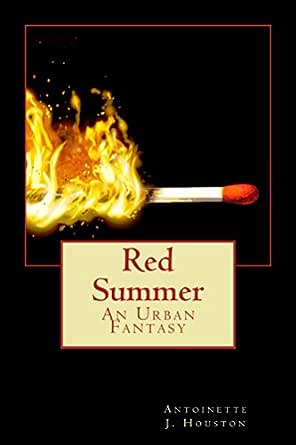 You've subscribed to Red Summer! We will preorder your items within 24 hours of when they become available. When new books are released, we'll charge your default payment method for the lowest price available during the pre-order period.
Update your device or payment method, cancel individual pre-orders or your subscription at
Your Memberships & Subscriptions
There was an error. We were unable to process your subscription due to an error. Please refresh and try again. 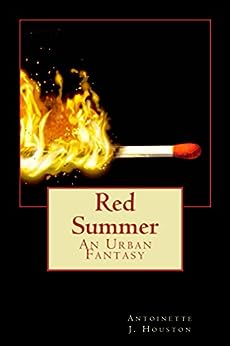 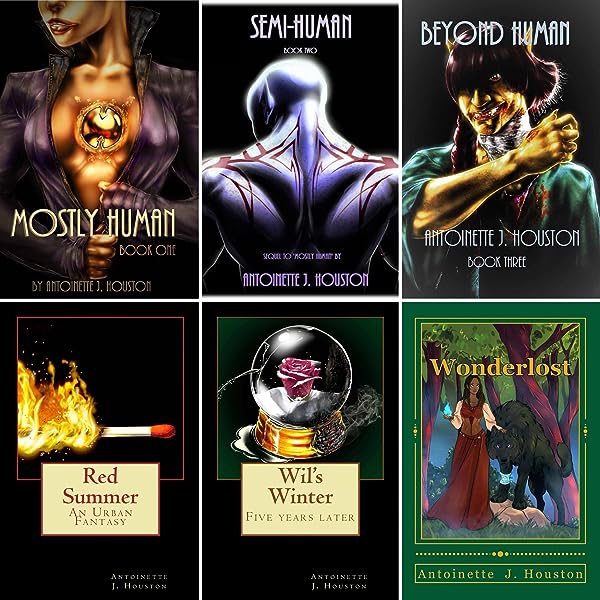 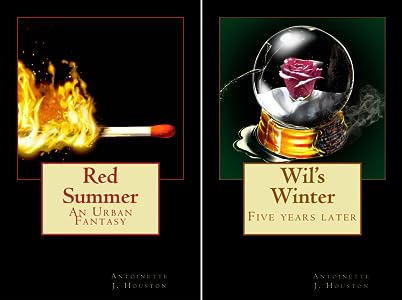 Antoinette J. Houston is a happily married, mother of one with a twisted sense of humor and a sarcastic mouth. A chocoholic and casual gamer into epic fantasy RPGs and The Sims. She has a long time love of anything fictional as long as it includes adventure, action, comedy and a little romance. She is always on the look out for new (or old) anime to watch or manga to read. She's been writing all her life but didn't publish her first book until she was 40. Now she's determined to publish all the strange worlds and characters that she has created in her head. --This text refers to an alternate kindle_edition edition.

3.7 out of 5 stars
3.7 out of 5
24 customer ratings
How does Amazon calculate star ratings?
Amazon calculates a product’s star ratings based on a machine learned model instead of a raw data average. The model takes into account factors including the age of a rating, whether the ratings are from verified purchasers, and factors that establish reviewer trustworthiness.
Top Reviews

Sherry B Sanyang
5.0 out of 5 stars Can not wait for the sequel
Reviewed in the United States on March 12, 2014
Verified Purchase
Wow this was a really a good read. I can not not say to much with out spoiling the book. Great job on your first book truly enjoyed it. Waiting patiently on the sequel
Read more
One person found this helpful
Helpful
Comment Report abuse

Cheryl Stewart
5.0 out of 5 stars Intriguing capitvating
Reviewed in the United States on June 11, 2014
Verified Purchase
Each character with their own distinct ability, keeps you curious as to how they will react to in a given situation.
Read more
One person found this helpful
Helpful
Comment Report abuse

Amazon Customer
2.0 out of 5 stars Poorly Written
Reviewed in the United States on May 26, 2014
Verified Purchase
Intriguing, imaginative story. I liked the story line but the writing made me uncomfortable because it was poorly written. I wanted to offer my servi es as an editor. The verb tenses often did not agree. The author jumped beteen first person narrative, second, and third in a way that did not make sense. She also mixed up past and present. These issues may not matter to someone who doesn't care about grammar, but they were very confusing to me and spoiled the story.
Read more
One person found this helpful
Helpful
Comment Report abuse

The Cosy Dragon (Rose Herbert)
2.0 out of 5 stars Did I mention that the cover is pretty awesome?
Reviewed in the United States on February 4, 2015
This review has been crossposted from my blog at The Cosy Dragon.com. Please head there for more in-depth reviews by me, which appear on a timely schedule.

Red, or Rita, is just beginning to catch on fire. Not in the way that Katniss does, but in the real sense of the word - Rita makes flames part of explosive life.

The idea of the mutant abilities was interesting, and quite unique from other novels I have read. Taking the blood of someone unique, and then finding the genetic basis of it - right up my alley. I'm not surprised it only worked on children. Did I mention that's the field of my PhD?

Each of the main characters has those special powers, and it's not immediately obvious which they have. Rita manifests first, and refuses to talk about it. She's a 'raging black woman', which felt like it fell into a stereotype rather than Rita having her own personality.

Jason seems like a danger - I don't know why they didn't just kill him. I mean, it's a bit inhumane, but when you get someone who can break everything in one fell go from within a cell, it's just sensible!

I struggled to work out what role Thomas played. Only his memories are useful to the teenagers, and I think they could have survived without that. He seemed to be aimed at providing a 'normal' perspective, and still he was the one who was hurt the most often, just for being himself.

I don't think that the blurb on the novel does justice. I didn't jump into it because I couldn't understand what the endless summer would be. I thought maybe I would see the same scene playing out over and over - but instead I got some powerful action scenes with tangible emotions.

Did I mention that the cover is pretty awesome? It's very simple, but if you actually just look at it, it gives a strong hint for what is to happen. A match burning the wrong way...

What put me off this novel, and what might have changed since I read this early ARC, is some of the prose. The writing didn't feel 'tight' to me, in the way that some novels are. The dialogue could have gone with a little more finess, because it often felt like the words were superfluous. Something else that bothered me were the changes in tempo.

I'm willing to cut this novel some slack, since when the author supplied it to me, she explained that this copy hadn't been edited. I'm interested to see whether the next novel has evolved - and I think I'd consider reading it just to see what happens with the mutant powers. Are more of them going to appear? Are their children going to be 'monsters'?

Shadow
4.0 out of 5 stars Fun read
Reviewed in the United States on September 12, 2014
This book has a unique, imaginative and intriguing plot. The characters are not only believable, but pretty dead on for teens that age. In the story, a group of friends discover that they have been reliving their high school lives over and over for the past eighteen years. Now something has interrupted the cycle; bringing with it long forgotten memories, and strange abilities beyond their belief – or control.
Rita, the main character, has a special ability, fire control. Other characters have abilities of their own as well, bringing some really interesting powers and abilities into the mix. The characters are brought to each other easily, then you get a lot of nice twists and turns. Sometimes you want to cheer them on and sometimes you want to smack the bejesus out of them, which is why I said before that the teenagers are believable.
Ms. Houston holds your interest, making you wonder who to trust. It has a creative edge. If you enjoy suspense, paranormal and plot twists, you will enjoy this book. Even though it wasn’t necessarily something I would usually read, Ms. Houston is definitely onto something here. She is obviously a creative author and I hope to see more work from her. The one complaint I would have is that it’s a bit confusing jumping back and forth between times, so it took me a bit longer to read. But, overall, I enjoyed it.
This book was given to me in exchange for an honest review.
Read more
One person found this helpful
Helpful
Comment Report abuse

Christopher Ohn
5.0 out of 5 stars Cool Premise
Reviewed in the United States on March 16, 2014
This book reminded me of the movie "Repeaters", in that it involves a group of youngsters repeating their lives in a loop, until something goes wrong. What makes this a little different from that film, however, is that there is a bit of a paranormal twist.

Overall this was well written, and it is obvious the author took time to review and edit the writing. The story flowed nicely, was full of action, with surprises and twists, and the characters were very well fleshed out. I can't get too detailed without giving too much away, but I HIGHLY recommend it.
Read more
7 people found this helpful
Helpful
Comment Report abuse
See all reviews from the United States

chettsgenie
3.0 out of 5 stars Fast-Paced Urban Fantasy
Reviewed in the United Kingdom on April 29, 2014
Verified Purchase
This is a fast-paced urban fantasy novel featuring characters with special powers. The writing is descriptive and the storyline suspenseful. I found I couldn't quite connect with the characters - I think because of how fast-paced it was - though they were very vividly drawn. I enjoyed the story itself very much, but I must say there was a lot of switching between past and present tenses which got a bit jarring. Overall, this is a suspenseful read with a cool story. I look forward to seeing what this writer comes up with next! Recommended to fans of fantasy and sci-fi.
Read more
Helpful
Sending feedback...
Thank you for your feedback.
Sorry, we failed to record your vote. Please try again
Report abuse