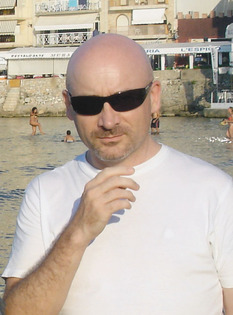 by Mark Hodder (Author)
3.8 out of 5 stars 41 ratings
See all formats and editions
Sorry, there was a problem loading this page. Try again.
Read more Read less
Previous page
Next page

"Hodder has crafted a loving homage to the 19th-century novel with the barest tweaks for a 21st-century sensibility, perfectly capturing the device of the narrator's diary (with hand-off to present-day editor), natural-philosophy preoccupations, and the struggle between divine and scientific views of creation. ...[A] fascinating adventure...The pacing is as vintage as the vividly imagined grotesqueries of alien life, but the rewards for acclimating to the style are well worth the effort."
-Publishers Weekly

"...features a pair of uncommon-and uncommonly appealing-protagonists and blends the fantastic with elements of Jules Verne, H.G. Wells, and H.P. Lovecraft. Hodder once again excels in his ability to blend Victorian steampunk, psychological thriller, and "sword and planet" fantasy into an intriguing and entertaining adventure."
-Library Journal

"The usual superlatives for really clever fantasy (imaginative, mind-bending, phantasmagorical) aren't nearly big enough for this debut novel. With this one book, Hodder has put himself on the genre map."
-Booklist, starred review

"Hodder, with an encyclopedic grasp of period detail, tellingly brings these disparate, oddly familiar yet eerily different worlds to fecund life. Enthralling, dizzying, and as impressive as they come."
-Kirkus Reviews, starred review

Mark Hodder is the author of A Red Sun Also Rises and the Burton & Swinburne novels The Strange Affair of Spring Heeled Jack, The Curious Case of the Clockwork Man, and Expedition to the Mountains of the Moon. A former BBC writer, editor, journalist, and web producer, Mark left London, England, for Valencia, Spain, to de-stress and write novels. He has a degree in cultural studies and loves British history, good food, cutting-edge gadgets, Tom Waits, and a vast assortment of oddities. He's the creator and caretaker of the Blakiana website elebrating Sexton Blake, the most written-about fictional detective in English publishing history. Visit him at markhodder.blogspot.com, www.facebook.com/ burtonandswinburne, and on Twitter @TheDissuader.
Tell the Publisher!
I'd like to read this book on Kindle

3.8 out of 5 stars
3.8 out of 5
41 global ratings
How are ratings calculated?
To calculate the overall star rating and percentage breakdown by star, we don’t use a simple average. Instead, our system considers things like how recent a review is and if the reviewer bought the item on Amazon. It also analyzes reviews to verify trustworthiness.
Top reviews

Kindle Customer
4.0 out of 5 stars Pleasant reading (not for the squeamish)
Reviewed in the United States on January 25, 2013
Verified Purchase
Mark Hodder 'sbook is a pleasant, somewhat thoughtful novel in which 19th century Anglican missionaries go through a wormhole to another universe. The protagonists, not to mention most of the supporting cast, repeatedly prove to be more than what they seem. A fairly realistic approach to the physical conflicts in the story prompts me to warn that the Victorian decorum one may be led to expect from the gentle, well-educated characters is not forthcoming; bludgeoning will be described with crunching noises and if we're in 1880s Whitechapel we'll certainly encounter murdered prostitutes in gory shape in literal sewers. Characters so likable and interesting, changing and developing believably are a rare and welcome find for the geek girl in male authors' contemporary genre fiction. In sum: recommended highly as a colorful, literate, fast-paced fantastic adventure with far less vestigial stupid.
Read more
7 people found this helpful
Helpful
Report abuse

Corinne Parson
5.0 out of 5 stars Amazing story!!
Reviewed in the United States on June 2, 2017
Verified Purchase
This was an exciting story which started off a little slow, but was well worth the wait! The twists and turns make it an easy read with non-stop action and discovery. So glad it was recommended to me and can't wait to read more from this author!
Read more
Helpful
Report abuse

Lady Crow
2.0 out of 5 stars Good World Building, Bad Execution
Reviewed in the United States on April 16, 2013
Verified Purchase
I bought this book for a costume design class, so primarily, I was looking at it for concepts. The concepts were interesting, I'll give Hodder that. However, being a fantasy lover, I can't give this book more than two stars in good conscience.
(I'll attempt to avoid spoilers)
The exposition is wonderful and engaging. Shortly after that, the story jumps from place to place in a jarring way. It honestly feels like a much longer story that was crammed into 200 pages. I found the dynamic between the main characters cliche, and many people in my class found it sexist.
Not my favourite, not a fan, but an interesting world dynamic if one can divorce it from the actual events.

M. Evans
5.0 out of 5 stars Great fantasy/allegory
Reviewed in the United States on February 12, 2013
Verified Purchase
I didn't know if I would like this one since it is not a Burton/Swineburne novel. But it exceeded any expectations I had. As I read the novel I realized there was more here than one would at first expect. This book can be read as an allegory. It is moral fiction of the finest kind. It is intellectual fantasy not the guilty pleasure I thought it would be. It is completely entertaining and thought provoking.
Read more
5 people found this helpful
Helpful
Report abuse

Wombat the Bookworm
4.0 out of 5 stars Steampunk Snailmen and Blood Gods
Reviewed in the United States on September 24, 2013
Aidan is a settled churchman in Victorian England who finds himself running away to be a missionary, encouraged in part by his outcast companion Clarissa. They arrive in the Southern Pacific only to be whisked away to another world filled with grotesque snail-men and horrible squid-people (whom the snail men call "Blood Gods"). The snail people turn out to by psychic mimics. Within short order they adopt social structures and language patterns of Victorian England, thus propelling the book from fantasy into steampunk. A few thoughts:

- Hodder's imagination and descriptive writing are great. The early period on the alien world are particularly compelling, and the image of the world that changes when the Red Sun rises positively chills the bones.
- The pacing of the novel, though, is a bit uneven for my taste. Somewhere around the 2/3 mark, it seems like he decided he needed to finish the book and suddenly shifted into action and excitement. The result is that the civilizations and characters revealed in this last section get short shrift, narratively.
- I appreciated the moral and ethical courage our protagonist grows into, but I was less pleased with the war part that made up the last bit of the book. It felt tacked on.
- At its heart, A Red Sun Also Rises develops an environmental argument about the relationship of people to the world around them and challenges us to re-think how we understand what we've done to nature. The civilizations in the book don't know what they're doing, but the crucial failings they've created spring from their misunderstanding of the world around them. Let's hope we gain a bit more perspective than do the aliens here.
- This book reminded me of two older works. First, Edgar Wright Burrows' A Princess of Mars also includes a regular (if superlative) man being transported to a famous and strange other world where they show themselves to be capable and useful leaders whom the inhabitants of the world would be wise to follow. Second, the wraparound story recalls stories like Poe's "The Unparalleled Adventure of One Hans Pfaall," which purport to depict real--if unbelievable--events through journals or papers found mysteriously.

Overall, A Red Sun Also Rises brings a hint of Steampunk to the otherworldly adventures of a Victorian vicar and his sextant. It's a good tale, well worth reading, if a bit uneven.

Nicholas D Harvey Jr
5.0 out of 5 stars Weird and Wonderful
Reviewed in the United Kingdom on June 5, 2013
Verified Purchase
I imagine one of the hardest things for an author of a series of phenomenal books to accomplish is to satisfy his readers with a brand new offering. Mark Hodder has managed to do just that. A Red Sun Also Rises captivates and mesmerises in equal parts. There are just enough steampunk elements to satisfy the rabid steampunk mixed with sci-fi and planetary romance.
The characters are likeable, the aliens are complex and comical and the plot is sufficiently strange to engage the imagination in new ways.
Sure, I can't wait for the next instalment of Burton & Swinburne, but if Mr Hodder keeps throwing quality stories at me like this one, I give him free reign to create to his heart's content.

Roy C
4.0 out of 5 stars confusing in parts to beging with, but a very good romp, and diffurrant
Reviewed in the United Kingdom on March 4, 2013
Verified Purchase
ounce i got going its a real page turner, well writen unlike my review if you like scifi or steam punk you will like this well worth reading.
Read more
Report abuse

Read more
Report abuse
Translate review to English
See all reviews
Back to top
Get to Know Us
Make Money with Us
Amazon Payment Products
Let Us Help You
EnglishChoose a language for shopping. United StatesChoose a country/region for shopping.
© 1996-2021, Amazon.com, Inc. or its affiliates