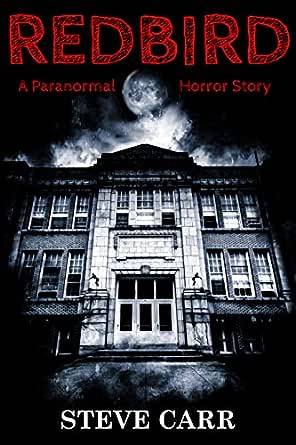 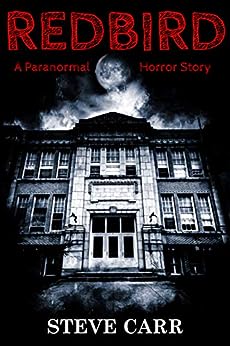 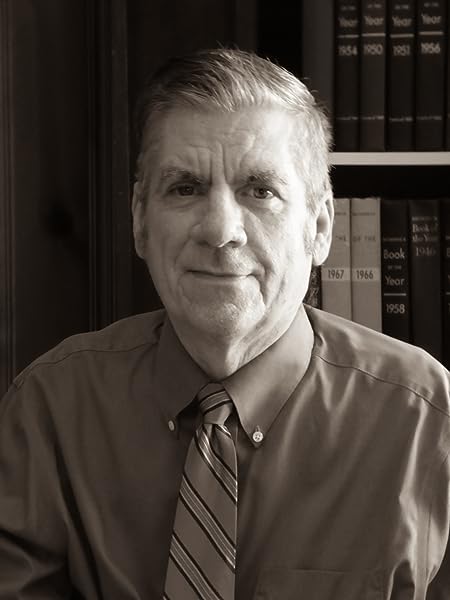 SteveCarr, who lives in Richmond, Virginia, has had over 350 short storiespublished internationally in print and online magazines, literaryjournals and anthologies since June, 2016. Five collections of hisshort stories, Sand,Rain,Heat,TheTales of Talker Knock and50Short Stories: The Very Best of Steve Carr, havebeen published. His paranormal/horror novel Redbird was released inNovember, 2019.His plays have been produced in several states in the U.S. He hasbeen nominated for a Pushcart Prize twice. His Twitter is@carrsteven960. His website is stevecarr960.com/He is on Facebook: facebook.com/steven.carr.35977

james bates
5.0 out of 5 stars Zane's Reality Is Not An Hallucination
January 7, 2020
Format: PaperbackVerified Purchase
I am drawn to stories written from a kid's perspective and Redbird has that with its main character, twelve year old Zane. Add in the physical impairment of him needing hearing aids, and I'm ready for a good read. Now, can the author deliver? The answer is yes, and yes in spades. Written in short, staccato sentences, tension is built from the very first paragraph. What's going on with the new school Zane is attending? Paranormal activity sure, but the key to making the novel so exceptional is the emotional connection the reader feels with Zane. And that all has to do with the strength of the author's writing. Each chapter is a day in Zane's life. We feel his pain, anguish, confusion, hatred and fear. We root for him to survive the challenges the school presents to him. With an interesting cast of characters from students and teachers, to neighbors and Zane's parents, and even a friend or two, Zane's story is told with compassion and skill from beginning to its stunning conclusion. As is stated toward the end of the book, Zane's reality is not an hallucination. Man, is that ever true. I made myself slow down reading because I didn't want it to end. Steve Carr is an exceptional story teller and an accomplished short story writer. This is his first novel and it's amazing, a book that will stick with me for a long time. Highly recommended.
Read more
One person found this helpful
Helpful
Comment Report abuse

DawnDe
5.0 out of 5 stars A Page Turner!
January 20, 2020
Format: Kindle EditionVerified Purchase
From the moment you are introduced to Zane and his baseball bat, you are drawn into the Redbird School saga. Zane is the X factor for the paranormal activity that haunts the school. Everyone in Zane's life has let him down, but for elderly neighbors who live downstairs from his apartment and the janitor of the school. The horror grows as mysterious events around the school directed by a little girl, Eddie the neighborhood thug, Jeffrey the bully a mysterious fire in a local store, a string of murders by a serial killer all converge on the Birds. This novel moves along at a fast pace keeping you on your toes trying to decide what is real and what is not. I loved Steven Carr's well-formed characters and the ability to make you love the unlovable. Excellent read!
Read more

S. J. Lunt
5.0 out of 5 stars A chilling, compelling read
February 3, 2020
Format: Kindle Edition
Is there anything sadder than a child who is forced to live with parents who are abusive and neglectful? How about a child who can't escape the horrors of home by going to school--because the school is haunted and harbors something sinister that's even more dangerous than the abuse at home? That's what poor Zane, already disadvantaged by deafness, has to deal with.
Redbird is a sad, tense, and compelling read. It's very visual--and the picture that stayed with me was of gloom, gray skies, dilapidated buildings, dusty windows, mongrel dogs, lonely, forlorn streets. I could almost hear haunting background music. Weird characters populate the pages--mean teachers, which took me right back to my elementary school years, some kind but clueless ones, and some that are right there with Zane--helpless victims of the school and its darkness. Some are classmates--cruel bullies and a couple who are kind. Some are neighbors, with whom Zane spends some of his most stress-free hours.
As I read on, more and more the realization crept up on me that nothing was quite what it seemed. Zane is a victim, which is clear. He's a sad and lonely boy who doesn't trust his fellow human beings. (One of the saddest and most telling lines: "The one thing worse than not being invited to a party was being invited.") Life has taught him not to trust others, and now even inanimate objects are out to get him. The only one he can trust is himself and what he sees. But how much of what he sees is real? And how much can Zane be trusted? It's got some masterfully done surprising and heart-wrenching events towards the end that had me awake and thinking in the middle of the night.

George S.
5.0 out of 5 stars Great premise; masterfully executed
December 16, 2019
Format: Paperback
Just like in his short stories, Steve Carr immediately dragged me not only into the plot but also into the life and soul of the main character, a boy called Zane. When I reached chapter two and realized what the premise was, I thought, “What a great idea!”
At times I kept reading deep into the night to see what would happen next, as if Zane was real and as though my reading could keep him safe from his messed-up parents or from the uncanny forces that haunted his school. I found myself angry at Jeffrey, the guy who bullied Zane, and I found myself cheering when Zane stood up to his abusive father.
When I thought there couldn’t be any more surprises, I realized that one of the characters, whom I took for an ordinary human, was anything but. And as the author kept plying me with uncanny occurrences, I had to keep reading.
The ideas, plot twists, symbolizm, and developments are worth Stephen King. But Steve Carr’s writing is much more concise and to the point.