You've subscribed to The Sherbrookes of Newport! We will preorder your items within 24 hours of when they become available. When new books are released, we'll charge your default payment method for the lowest price available during the pre-order period.
Update your device or payment method, cancel individual pre-orders or your subscription at
Your Memberships & Subscriptions
There was an error. We were unable to process your subscription due to an error. Please refresh and try again. 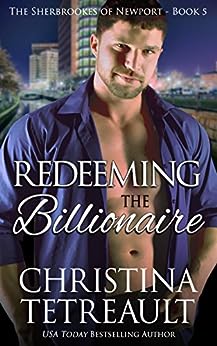 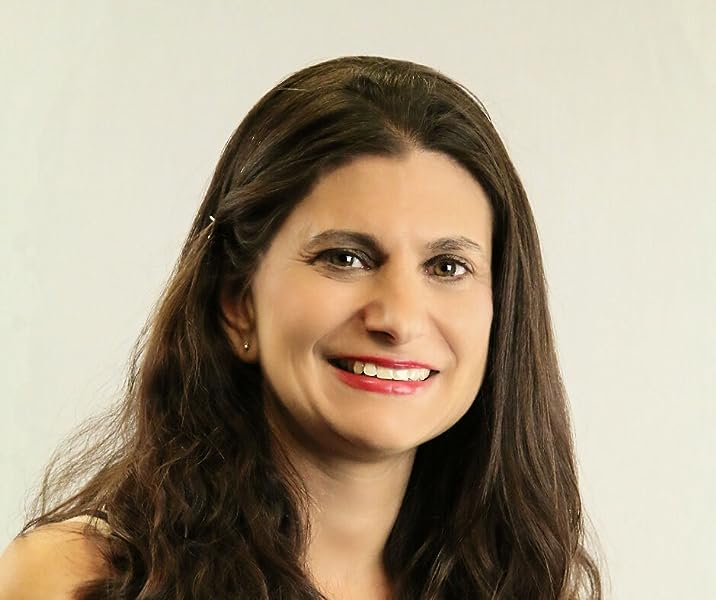 Redeeming The Billionaire (The Sherbrookes of Newport Book 5) Kindle Edition 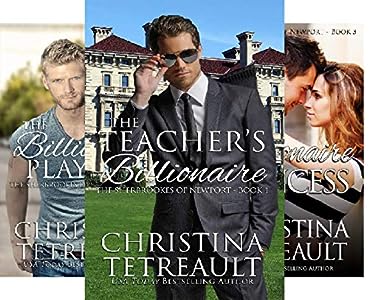 4.5 out of 5 stars
4.5 out of 5
203 global ratings
How are ratings calculated?
To calculate the overall star rating and percentage breakdown by star, we don’t use a simple average. Instead, our system considers things like how recent a review is and if the reviewer bought the item on Amazon. It also analyzes reviews to verify trustworthiness.
Top reviews

Gatorfan
TOP 500 REVIEWERVINE VOICE
4.0 out of 5 stars Playboy from a very wealthy family meets the interior designer
Reviewed in the United States on February 11, 2018
Verified Purchase
A stand alone read with a HEA. The hero comes from a big wealthy family with dozens of cousins, brothers, sisters, etc. Much like the Kennedy's. The hero is a very well known playboy. He has had more than his share of women and pretty much when every he wanted them from models to movie stars to even a princess. His reputation precedes him. Not only is he rich, he is smart, gorgeous, and charming. At this point in his life he has decided he wants to run for a Senate seat from his home state. He hires a man that is known to get his candidates elected. You can sort of tell from the onset that this guy may be good but he is a sleaze. However, when you have money and you want something you can buy whatever it takes to get you your hearts desire. It sort of shows you how we the public can be persuaded to vote on someone just by being sold a bill of goods.

The heroine is a young woman that comes from a big Italian family. They have been owning and operating bakeries in the area for generations. She is clean as they come. Smart, college educated she owns her own design company. Even though she is starting out she is slowly building her business. She quite literally runs into the hero coming out of her families bakery. He spills coffee all over her blouse, he offers to pay for it but she refuses. She does recognize him but she doesn't let on that she knows who he is. Everyone in the U.S. knows who he is so no secret there.

That is how their story starts. It is a whirlwind love story as he starts to fall for her. Such a golden girl could clean up is playboy image. She could be his ticket to the Senate. All goes well until she finds out the plan. It is a very entertaining read. I enjoyed it and I definitely recommend it. It does get a little sexy from time to time. So if that is a problem, be aware. It wasn't too graphic, just a little bit more than an insinuation. No matter, it is a good read.

I was not paid for this review. i am not a writer nor do I know one. I am not kin to this author. I am a reader and this is my opinion, nothing more, nothing less. 2/11/18
Read more
7 people found this helpful
Helpful
Report abuse

Karen TalleyTop Contributor: Historical Fiction Books
TOP 500 REVIEWERVINE VOICE
3.0 out of 5 stars 3 1/2 stars
Reviewed in the United States on November 13, 2017
Verified Purchase
Nicely written but predictable story of a billionaire set to run for a Senate seat. Playboy Trent Sherbrooke plans to run for office but his campaign manager convinces him that he needs to change his image by acquiring a wife that will appeal to voters. A chance encounter with Addie Raimono
presents him with the perfect woman. One side of her family owns Italian bakeries and the other side are nearly all members of the Armed Forces. As they spend time together, Trent's motives change. But when Addie learns of the campaign manager's plans, their relationship hangs in the balance.

This was well written with enjoyable characters but there were no real surprises and nothing exciting ever really happens. It's more of a feel-good, modern Cinderella story and I really wanted more. The ending was trite and rather off-putting for me.

Guy Reviews Romance and MoreTop Contributor: Pets
4.0 out of 5 stars Can a politician romance an innocent shopkeeper to be his fiancee to get him elected without telling her it's just for show?
Reviewed in the United States on December 2, 2017
Verified Purchase
Redeeming the Billionaire started off as a marriage of convenience... Except the woman did not know it! But as romances go, you know he'll develop real feelings... thus the redemption.

Trent Sherbrooke worked hard and played hard and made a fortune for himself as a part of the powerful Sherbrooke clan of politicians, billionaires, and general movers and shakers. But when he started looking into getting elected to the Senate like members of his family, his campaign manager wanted him to settle down, project a more wholesome image. Trent had just earlier, literally ran over small business owner Addison "Addy" Raimono, and wanted to apologize... when someone submitted a photo between Trent and Addy to the gossip rags... and his campaign manager decided Addison is actually better than the three candidates he came up with for Trent to marry for convenience. Trent started to seduce Addison, and Addison was swept off her feet. But can such a romance started off on false pretenses actually work even though Trent developed real feelings? And what happens when Addy finds out?

In a way, this is a very mercenary behavior. But I don't get what makes Addy different that would make Trent actually have feelings vs. all the OTHER less permanent companions that did not? But you can chalk that up to "chemistry". It's a good polish to a common story though.
Read more
2 people found this helpful
Helpful
Report abuse

Tabby1249Top Contributor: Historical Fiction Books
3.0 out of 5 stars Just okay
Reviewed in the United States on November 30, 2017
Verified Purchase
Sweet, unassuming girl meets outwardly roguish billionaire playboy with heart of gold in a meet-cute way...pretty standard stuff for chick lit. The good news is that the character development is a bit better in this book than in most in this genre.

The bad news is that the 'big misunderstanding' so typical of this kind of book is more overwrought than necessary and destroys much of the credibility of the female protagonist. Don't get me wrong, she has justification for her anger, but I felt like her method of handling it didn't fit with her established persona.

Bottom line: as modern romance goes this is not bad, but it's not particularly compelling. You can read it in an afternoon and not remember it two hours after you finish it.
Read more
One person found this helpful
Helpful
Report abuse

Linda Chilson
5.0 out of 5 stars Adjusted Priorities
Reviewed in the United States on November 19, 2017
Verified Purchase
Sometimes goals change, for Trent Addie just might make him adjust his thinking. Trent might have been easy to dislike but Christina Tretrealt gives us a hero that just might figure what is most important in his life. What I liked about Trent was there was no angst just a need to figure out where is heart really is. Addie is the perfect woman to help him figure that out.
I loved Trent and Addie's story, it's a true romance and I recommend it to all.
Read more
One person found this helpful
Helpful
Report abuse
See all reviews

Kindle Customer
2.0 out of 5 stars Tame and predictable.
Reviewed in the United Kingdom on November 11, 2017
Verified Purchase
Trent Sherbrooke is making his way to be a U.S.Senate but is advised to repair his playboy rep by marrying a respectable woman to win over the public.
Enter Addison Raimono, an interior designer, and a chance encounter with said playboy and a spilt coffee. Things start to warm up between them, (the advisors plans going according to plan,) when the handsome playboy realises he looooves her! Then of course, all his intentions surface to bite him in his butt!!!
A very tame, predictable, and at times, boring story. Book 5 in the series but, other than mentioning (or meeting)other couples, presumably from previous books, it can be read as a standalone.
Read more
Report abuse

Kindle Customer
5.0 out of 5 stars Twisted trust
Reviewed in the United Kingdom on November 22, 2017
Verified Purchase
Addie was a struggling architect plus she helped out at the family bakery. Little did she known her life would change so dramatically bumping into a person who turned out to be a billionaire with a reputation of being a playboy with a plan to gain access to the senate. Addie fell desperate in love with Trent only to find out that he planned to marry her to clean up his reputation. She dump him only to find added complications of being pregnant. They meet up and it turns out he truly loves her and gives his plan up For her. True love prevails bringing them back together happiness wins over mistrust.well written Stortline Keep s you reading can't wait for next book
Read more
Report abuse

L beaver
4.0 out of 5 stars Good read
Reviewed in the United Kingdom on October 7, 2017
Verified Purchase
Well thought out story with believable story. Addison meets the very handsome Trent when he bumps into her. He's running for office and his campaign manager tells him he needs to find a wife to help with his image. Plans are made only Addison doesn't know she has become one of them.
Read more
Report abuse

Shirley Hunter
4.0 out of 5 stars Another great read
Reviewed in the United Kingdom on October 4, 2015
Verified Purchase
Another great read it's been a while from I read this series and although I wasn't sure about Trent I think he is me fav, in ways he wasn't what I thought like him being romantic and in others he was he was like the cad and the underhanded he was with Addie at the start, loved hearing about the rest of the clan and can't wait for more
Read more
Report abuse
See all reviews