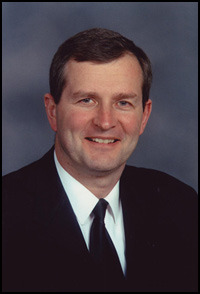 by Diana Kleyn (Author), Joel R. Beeke (Author)
5.0 out of 5 stars 36 ratings
See all formats and editions
Sorry, there was a problem loading this page. Try again.

The Reformation did not happen instantaneously; it was something God patiently arranged over a number of years.

As you read this book, you will learn how the Lord used some people to plant the seeds of church reform long before October 31, 1517, when Martin Luther published his ninety-five theses. Luther's story is well-known; we trust you will find it interesting and instructive to read about him and about forty others (John Knox, Peter Martyr Vermigli, Zacharias Ursinus, Willem Teellinck, etc.) who contributed to the Reformation - some well known and others not so - most of whom are Reformation heroes.

To provide a more full picture of the many sided Reformation, chapters are also included on the Anabaptist and Counter Reformation movements. The book concludes with a brief summary of the influence of the Reformation in different areas of life.

I hope this book will help awaken youth in America to the vital truths set forth so clearly and boldly by the historic heroes of the Reformation. --Dr. R.C.Sproul, President, Ligonier Ministries, Orlando Florida

Diana Kleyn is a member of the Heritage Netherlands Reformed Congregation in Grand Rapids, Michigan. She is the mother of three children, and has a heart for helping children understand and embrace the truths of God's Word. She writes monthly for the children's section in The Banner of Sovereign Grace Truth magazine, and is co-author with Joel R. Beeke of the series Building on the Rock.

5.0 out of 5 stars
5 out of 5
36 global ratings
How customer reviews and ratings work

LJ
5.0 out of 5 stars I cannot say enough!
Reviewed in the United States 🇺🇸 on November 27, 2022
Verified Purchase
I can’t say enough about how wonderful her books are! This one is no exception! I actually used this as a research resource when planning our reformation celebration this year. I wish that I could afford her whole collection at once, but I’m just going to try to collect one at a time as often as I can because these are excellent!!
Read more
Helpful
Report abuse

Jen
5.0 out of 5 stars One for all to enjoy!
Reviewed in the United States 🇺🇸 on December 23, 2020
Verified Purchase
Awesome book for kids and adults!
Read more
Helpful
Report abuse

W.Q.
5.0 out of 5 stars A gem of a book!
Reviewed in the United States 🇺🇸 on May 15, 2011
Verified Purchase
My children (ages 7 and 12) and I are absolutely enjoying and learning from this excellent book. It is comprised of 34 chapters. For the most part, one whole chapter is dedicated to the life of each forerunner or reformer mentioned by the previous reviewer. Chapters 18 and 32 discuss the Heidelberg Catechism and the Anabaptists respectively. It has 6 appendixes which include among other things a map of Europe in 1550, a glossary, and study questions for each chapter. There are great black and white illustrations throughout the book. The recommended age for this book would be upper elementary to adults. Many lower elementary children could also benefit if the book is read to them. This book is a gem! L.Q.
Read more
16 people found this helpful
Helpful
Report abuse

Bob B.
5.0 out of 5 stars Five Stars
Reviewed in the United States 🇺🇸 on January 17, 2016
Verified Purchase
Great book for families teaching their children about the Reformation. Very easy to understand, and reads well!
Read more
Helpful
Report abuse

Michael
5.0 out of 5 stars Great overview of time period
Reviewed in the United States 🇺🇸 on December 28, 2013
Verified Purchase
The timeline is so helpful. So many heroes are included, expecially the lesser known. Gives a great overview of that whole reformation period.
Read more
3 people found this helpful
Helpful
Report abuse

A. Sutono, a.k.a., Birdey The Observer
5.0 out of 5 stars The Years of Living Dangerously, yet Blessedly
Reviewed in the United States 🇺🇸 on September 26, 2008
Over time my role models have changed from sport athletes and Holywood figures like John Rambo and Jet Lee during childhood and adolescent days, to Christian heroes among whom are the servants of the Reformation, as I was exposed to their biography. The majority of today's role models, even among Christians, are measured by different parameters from those presented in "Reformation Heroes." The difference is, to borrow from Pastor John Piper, between success versus significance. One effect of reading biographies like "Reformation Heroes" is to lead us to compare the way we usually define success, as in winning a sport championship, or being popular and wealthy because of looks, skills and abilities, or living comfortably happily ever after, to the kind of impact or significance to this very day, the theology, lifestyle, character, camaraderie, loyalty, valor, and sacrifice of the Reformers, and most importantly, the cause they lived and died for that drove them to live the way they lived. This is significance. This is true success. It is not for no reason why "Soli Deo Gloria" is the last watchword of the five Solas of the Reformation that describes the holy passion burning in their bosom. Thus Hebrews 13:7 commands us to "consider the outcome of their way of life and imitate their faith." Dr. Beeke and Ms. Kleyn have this objective in mind as they write in the introduction, "May you, dear children and young people, be among them" referring to "the godly men and women who live for His glory."

"Reformation Heroes" is a chronological presentation of the life of the servants of both Pre-Reformation and the Reformation itself throughout Europe against papacy, one of the greatest, most brutal, most cunning tyrannies in history. Peter Waldo of France, John Wycliffe of England, Anne of Bohemia, Queen of Richard II, and John Huss, both of Bohemia marked the dawn of this blessed era. Then came Luther, Melanchthon, Bucer, Zwingli and Bullinger in Germany and Switzerland, respectively. The scene then shifted to England where the Reformation leaders were Tyndale, King Edward VI, Cranmer, Latimer, Ridley, Foxe, and Knox. Next, the Reformers in the so-called Lowlands; modern-day Belgium, Netherland and Northern France, are presented, after whom came Vermigli, Calvin and Beza. If I were to pick what stunned me the most, I would go with Anne of Bohemia, Luther, Queen Marguerite of Navarre and her daughter Jeanne with the Huguenots, as well as Charlotte, the Nun of Jouarre, the last three lived to see the fateful St Bartholomew's Day.

It is natural to think that the most blessed time is the time of outward prosperity, yet somehow I see that perspective changed and it is confirmed after getting more exposure of the Reformation days through this book. Though these were the years of living dangerously, they were blessed years. Persecution was fierce. Violence was glaring. Evil was overwhelming. Poverty was rampant. Plagues were raging. Yet grace was abundant. The gospel truth was so dear of a cause. The power and glory of God blazed forth through His true church triumphant. Eternity was so close. One was not guaranteed to live through the day, let alone tomorrow. There were no boring days, no time for trifling. There were blood earnestness, sense of urgency, sweet friendships, and passionate debates, though they weren't free from flaws, pride and hatred, inevitable realities of life in a fallen world. "Reformation Heroes" is doubtless a must-read for youths and adults alike, ages 8 to 108.
Read more
30 people found this helpful
Helpful
Report abuse
See all reviews