Refuge/From Fear to Freedom: 2 Books in 1 and millions of other books are available for Amazon Kindle. Learn more
Share <Embed> 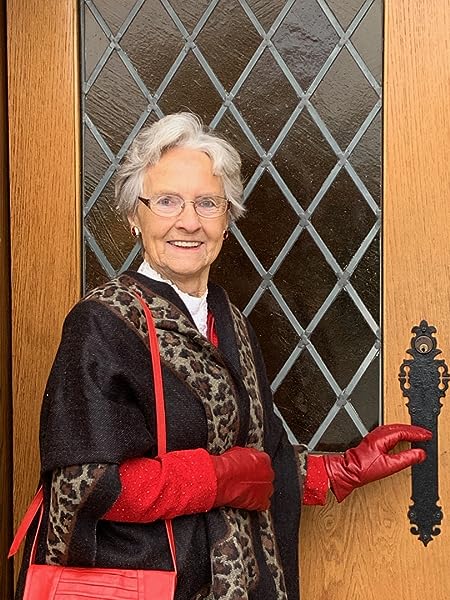 by Liane I Brown (Author)
5.0 out of 5 stars 2 ratings
See all formats and editions
Sorry, there was a problem loading this page. Try again.

As a ten-year-old girl, Liane Guddat watched Hitler's motorcade pass by their home in Insterburg, East Prussia. Within a few short months, Insterburg was smoldering in ruins when Mutti (Liane's mother) and her four children scrambled over bricks, broken glass, and scorched beams as they tried to escape the ravages of WWII. Although not a Nazi, Liane's father had been drafted into the German army and became a prisoner of war.

Hitler's Third Reich of Germany, in its corruption and despotism, subjected many of its own people to terrible abuse before it began to crumble, abandoning them to a new kind of holocaust. Despite brutal treatment, harsh conditions, near starvation, and bodies riddled with boils, when others around them languished in despair, God brought great glory to Himself through the lives of His faithful servants. Liane tells the true story of her East Prussian family's steadfast faith and struggle for survival amidst the horror of Russian invasion and occupation in her autobiographies Refuge and From Fear to Freedom.

In her award-winning books, Liane Guddat Brown proclaims God's sustaining grace proven through a family torn apart by war. "We still thank the Lord for bringing us to America," she says. "For it was only by His grace that we survived at all, and even more, that we would be allowed to live among the most privileged people in the world."

Start reading Refuge/From Fear to Freedom: 2 Books in 1 on your Kindle in under a minute.

Thousands of stories have been told about the deprivation and horrors of the Second World War, but there is one aspect that has received little attention: the story of the East Prussian villagers, grandparents, wives and children who had as little control over their future as the victims of the concentration camps. Those who lived in the western part of the country could rebuild their lives after 1945 with the help of the Allied Forces. Those, however, living under Russian control in the eastern part of the country were treated brutally, misused, forced to live without sustenance and had to endure around the clock harassment. Anyone who managed to escape death was mercilessly chased west.

Emmy Guddat and her four children found refuge in the Neumark district of Germany while Emil Guddat, a non-Nazi, was conscripted to serve as a supply officer in the German army. Escape from the town of Lippehne in January of 1945 became impossible because of the swiftly advancing Russian army. Starvation, constant harassment and death surrounded the family. Only prayer and a total reliance upon God miraculously opened a way of escape to freedom in Berlin.

Living in different refugee camps in the American and British zones for four years, became years of testing and depravity. After Emil Guddat’s return from a POW camp in Algiers, Africa, his seven-and-a-half year separation from the family miraculously ended. Starting a business in the West was most difficult for refugees who were despised by their own countrymen. Through the efforts of Emil’s sister, Martha, in the United States of America, daughter Liane was the first to emigrate to America. In 1958 God used the kindness of a Christian family from Long Island, NY to sponsor entry to the USA for the remaining members of the family.

Liane receives many invitations to speak at churches, schools, colleges, ladies’ retreats, and civic organizations. “Whenever I am asked to speak somewhere,” Liane says, “I am excited about telling what God has done in our lives. I am also happy to be able to thank the American people for having helped the Germans after WWII by sending clothing and food. As a speaker, I am thankful for the opportunity to share my joy of being a citizen of the United States and to convey my appreciation for the true freedom our family has found in this great land.”

Kindle Customer
5.0 out of 5 stars Refuge /From Fear to Freedom: 2 Books in 1
Reviewed in the United States on October 31, 2020
Verified Purchase
I enjoyed reading both these stories very much and would recommend them highly. They are a great testimony of God's wonderful grace.
Read more
Helpful
Report abuse
See all reviews
Back to top
Get to Know Us
Make Money with Us
Amazon Payment Products
Let Us Help You
EnglishChoose a language for shopping. United StatesChoose a country/region for shopping.
© 1996-2021, Amazon.com, Inc. or its affiliates