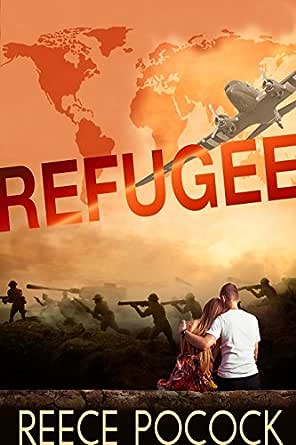 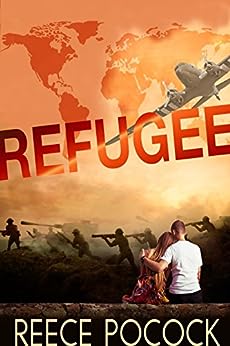 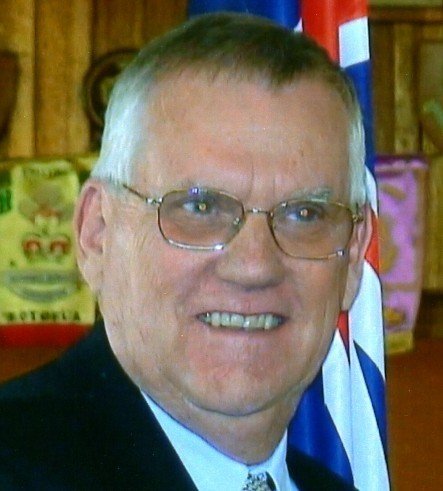 Refugee: Rolf must put the war's carnage behind him and learn to love again Kindle Edition

Review by Aimee Ann -Red Header Book Reviewer
Refugee is a moving,stunning piece of literature that enthralled, entertained and enchanted me fromthe very first page! Everything about this contemporary piece of fiction wasexciting; the characters, as well as the beautiful setting of settings thereader gets to experience and the incredible literature courtesy of thewonderful Reece Pocock, made me fall madly in love with this book. Refugee is a piece of fiction that willcaptivate readers from all genres thanks to the many themes that are interwoven between the pages. This book canonly be described as a read that shouldnot be missed! If you are looking to reada book that will grasp your attention from the first page and hold itthroughout then already I would implore you lovely readers to read this bookbecause it is utterly brilliant!
Refugee is a novelabout two families who are brought together at the backdrop of war. It is apoignant, incredible family saga that will take readers on a journey acrossyears so that we can see the characters develop and grow. It makes for abeautiful story that should not be missed.
The story of Refugee is an incredibly dynamic, unique pieceof work that took my breath away on more than one occasion, the pacing of thisstory was wonderfully written and plotted so that I did not get bored at anygiven time. Never once did I find myself referring to the page number and thatis a sure sign that this incredible book is a compelling piece of work thatdraws the reader in and captivates them to read it quickly and to reach the endof the book very fast!
The excellent author of this novel, Reece Pocockeffortlessly takes the reader on a thrilling journey; Pocock's words managed tokeep me intrigued as well as entertained as I raced through this book. It isthe kind of book that is impossible to put down, and when I had to I longed forit! I wanted to be reunited with thestory I had grown to love and the characters I had become invested in.
Reece Pocock is a talented and a well-accomplished authorwho has written an unforgettable novel that features heavily on its charactersand themes. Pocock's characters are superb, and I think every reader will beable to find an attribute they like in them.They are believable, and their narratives jump right off the page andinto the reader's minds. This is anotherthing... Pocock has managed to create avivid picture in my mind of this setting he has established. His sometimeslong, descriptive sentences, captured my imagination and made me turn the pageslike a mad woman! He is a pure talent, and for that, he deserves all the praisein the world.
To summarize mythoughts on the charismatic novel that is Refugee; I would say if you are areader who Is tired of reading the same old books that are lackluster and forgettable then take a chancewith this one because I promise you now that you will not be disappointed! Thisincredible book gets Five Stars from me!

Official Review: Refugee by Reece Pocock
Post by Rosemary Okoko » 14 Nov 2017, 01:09
[Following is an official OnlineBookClub.org review of "Refugee" by Reece Pocock.]
4 out of 4 stars Share This Review
AddThis Sharing Buttons
Share to FacebookFacebookShare to TwitterTwitterShare to LinkedInLinkedInShare to Google+Google+Share to PinterestPinterest
Reece Pocock, the author of refugee, has done an excellent job of taking us through what soldiers experienced during the Second World War. The protagonist, a German by the name Rolf, is nearly killed in Tobruk during the battle of El Alamein and gets mentally affected. This sees him admitted in a psychiatric hospital in Italy. On returning to Germany, Rolf discovers that he has lost his family to an air raid. Using the identification documents of a dead man, he passes for a Polish refugee and crosses over to Australia with other Poles to settle as refugees. A recurring nightmare of his near death experience at war gets him in trouble when he sleep-talks in German and is overheard by the Poles. How will he get out of this mess? He is in Australia where Germans are hated for fighting the Australians during the war. His identity is now at stake. He came out here to start a new life and shake off the nightmare but things are not turning out well.

The author introduces the well-developed characters with a detailed background of their lives. What I liked most about this book was that as I read it, I got so engrossed in it that I felt like I was actually a silent character who was following the protagonist everywhere. I empathized with him and felt his pain. The author describes the war like it was actually happening in the present time. Reading this book has made me respect soldiers and appreciate their willingness to defend their countries at whatever cost. I also learned that some soldiers go to war, not because they are willing, but because they are considered fit and able by their governments.

What I did not like about this book was the sadness I experienced though this is expected in any book about war. Rolf went through a tough decision making process and had to do the unimaginable. At some point I shed tears.

I rate this book 4 out of 4 stars. The author must have had it professionally edited making it an easy read. The formatting was well done and I did not come across mistakes. War stories may sound complicated to read but in this case, the author has given enough details to make it easy to understand.

Reece had about sixty articles published in, TheCheers online magazine. This website also published twelve of Reece's short stories. Two short stories, The Girl in the Red Beret, and What a Dirty Little Town was included in an anthology-The Killing Words-published by Crime-writers SA. Reece won the City of Burnside Library crime short story contest, with his story, The Girl in the Red Beret. His screenplay, The Soldiers, adapted from his novel of the same name, was highly commended in the Di Cranston award administered by the Fellowship of Australian Writers. His Play, 'Awake to Murder' won first prize and was read by Wild-screen in the US. The Ned Kelly writing award long listed, Murder on Display and The Politics of Murder. Reece's first crime novel, Murder on Display, was published by Custom Book Publications in November 2012 and his second novel the Politics of Murder was published by the same publisher in September 2014. He has self-published Evil in the City, a book of crime short stories, Love and War, war-related short stories, Refugee a historical fiction novel. Melissa Lane, girl detective a children's story about missing lunch money, Sarah Loves ice cream a children's story about a girl's obsession with ice cream, How to achieve High Self-esteem, a self-improvement book. He also writes articles, mainly for business. Reece Pocock loves to read and after many years discovered he could write. He has published crime, children, history, short stories. He has also written screenplays and plays receiving an award for a screenplay. He lives with his wife and enjoys his family especially his three beautiful granddaughters. Facebook - http: //on.fb.me/1syhHTw Website http: //bit.ly/1Aq8npr Google + http: //bit.ly/IMptsK Twitter https: //twitter.com/ReecePocock Linkedin https: //www.linkedin.com/in/reece-pocock-11a39219/ --This text refers to the paperback edition.