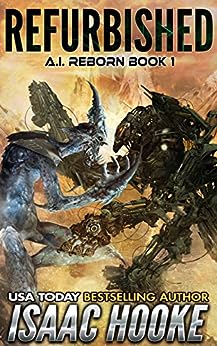 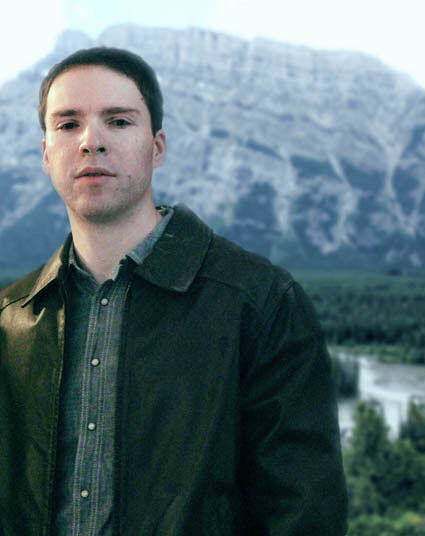 4.2 out of 5 stars
4.2 out of 5
284 global ratings
How are ratings calculated?
To calculate the overall star rating and percentage breakdown by star, we don’t use a simple average. Instead, our system considers things like how recent a review is and if the reviewer bought the item on Amazon. It also analyzes reviews to verify trustworthiness.

Mitch Selleck
5.0 out of 5 stars Absolutely awesome!
Reviewed in the United States on June 4, 2018
Verified Purchase
Whenever I read one of Mr Hooke’s books, I know I am in for a treat. Refurbished definitely exceeded my expectations. Nonstop action, characters you really care about, and very unique settings that are familiar, yet somehow just slightly off. All in all, a very satisfying read... I await the next book with bated breath. Do yourself a favor, and buy this book right away.
Read more
6 people found this helpful
Helpful
Report abuse

NoraP
5.0 out of 5 stars Humans packed into bots in the middle of the freakin alien apocalypse whoohoo
Reviewed in the United States on June 8, 2018
Verified Purchase
Refurbished has everything that makes Isaac’s books so entertaining, it is a fast-paced, action filled fun read. I was intrigued by the subject of the human mind uploaded into a robot body and forced to fight as a sentient war machine, but to be totally honest up to halfway through the book it wasn’t quite like what I expected. Having read the Atlas and the Alien War trilogies and all the Argonauts books I just couldn’t quit drawing parallels: situations, enemy/alien characteristics... the constant reminder that Slate is like a less badass and less funny version of Bender (and I'm a huge fan of the ‘Pussywillow’ so that is not necessarily a good thing in my eye). It was also really hard for me to actually like these characters at the beginning... Is this what humans really are if you strip away the emotions: bunch of horny psychopaths? If there is no remorse, no conscience, no compassion or fear just some twisted sense of duty and pure lust are we really reduced to oversexed killing machines? I really hoped Isaac won’t leave his characters in this dark state and will use this to show some great character development, so I kept reading. And it is a damned good thing I did because it all falls into place once the aliens arrive weapons blazing. And while the action is being revved up, some interesting questions of humanity and machine sentience come up as well. So all in all this becomes a genuine Isaac Hooke story in the end.
Maybe it is also not entirely fair of me to compare this to other completely unrelated books of the author and looking at it as the first part of a trilogy building up to some seriously kickass action Refurbished clearly deserves its 5 stars. Definitely looking forward to the next book!
Read more
7 people found this helpful
Helpful
Report abuse

Tghu Verd
4.0 out of 5 stars Entertaining 'cyborg soldier' situation
Reviewed in the United States on May 31, 2019
Verified Purchase
This is a pretty straightforward novel, but in a good way, with the protagonist, Erik Scala, transplanted into a combat robot almost two centuries after he's died, with no rights and very little option but to do what the US Army command him to. Apart from transplanted intelligences, the world of the future has all the same issues that we have now, and after basic training Erik is dropped into a platoon of like-minded robots and they are airlifted to various battles to fight whatever bad guys pop up into their laser guided sights.

This aspect of the story works well, with Erik essentially a fish-out-of-water whose fumbling to understand things allows Hooke to examine various aspects of war, the military mind, and team bonding. Not that he labors the point, but Erik is the curious kind and Army types seem naturally grumpy so time is spent discussing such topics.

I also liked that characters die. Rambo-style charges against assault weapons are not generally survivable and if you swap out Rambo for a robot and assault weapons for much heavier ordnance then you get the idea. Full on fighting military stories where the protagonist's rag-tag band of misfits all survive no matter what is thrown at them are not satisfying because they have no tension. Hooke seems to understand this, and Erik suffers the pain of loss even if it's muted by machine managed emotions.

What I didn't like so much was the alien invasion sequences. Hooke seemed on less solid ground in a narrative sense, as if his Army knowledge was built from experience and the alien encounters were built from imagination. Which they are, of course, but it seemed a little less robust compared to the build up.

Still, it was not badly done and overall this was an enjoyable yarn that leads into a sequel I'll probably buy.
Read more
One person found this helpful
Helpful
Report abuse

Kindle Customer
5.0 out of 5 stars Great tribute to the Military.
Reviewed in the United States on June 13, 2018
Verified Purchase
This is the first book of a trilogy and the author published all the books at the same time. I recommend getting all of them because you won't want to stop reading. I also consider these to be a tribute to all of our military. Each book describes incidents, reactions, and emotions I believe all military personnel and units have experienced in some way. This shows how much we truly owe all of them.

This book starts with the memory of a young programmer and his memory of his death in a convenience store robbery. Fast forward 200 years and he is a brain in an experimental Military robot. He goes through integration with his platoon and training for their mission, almost completing the mission, and finding out their platoon is the only thing between Earth and humanity's survival and annihilation of everything they know and love.
Read more
3 people found this helpful
Helpful
Report abuse

Phil Boyd Studge
2.0 out of 5 stars good composition but awful, dreadful, gloomy - self flagellatory
Reviewed in the United States on August 21, 2020
Verified Purchase
I bought several of this writers titles and one series - I think because I live in a very gray and rainy part of the US. I suspect Mr. Hooke lives in B.C. where it rains even more than it does here.

Looking for a method to permanently delete from all my devices.
Well priced, having a narrative form that provides no way out until the reader gets to the point of buying the next installment.

Torturous, unrelenting suffering - without inspiration or relieving humor. Even the sex is diminished. Not recommended for any reader who is not on anti-depressant medication.
Read more
2 people found this helpful
Helpful
Report abuse

Lcashless 1.
5.0 out of 5 stars I hope this trilogy is not the end.
Reviewed in the United States on June 6, 2018
Verified Purchase
This is a really good book, five stars. I like the characters the interaction, Max, robots, how could you go wrong. Ready to dive into the second book of the trilogy, read this in one sitting that’s how much I enjoyed it.
Read more
4 people found this helpful
Helpful
Report abuse
See all reviews

Ron Robson
4.0 out of 5 stars A good read that has a slow start so persevere, it is worth it.
Reviewed in the United Kingdom on June 24, 2018
Verified Purchase
When this book started out I found it a little confusing but it is worth persevering with and gets better as it goes on. The story is different than others I have read because it focuses on a small group and what happens to them after an alien invasion. The tech is good and the action exciting. I look forward to reading the two other books in the trilogy.
Read more
2 people found this helpful
Report abuse

colin banks
3.0 out of 5 stars Does not work despite good story line and descriptive ability
Reviewed in the United Kingdom on July 5, 2018
Verified Purchase
Its a strange thing, the author clearly has the descriptive ability needed to 'paint the picture'
And he has put together the storyline well, but the aliens are from the pages of a comic and
Do not stand up to what should otherwise be a good fast paced read.
3 stars only from me.
Read more
Report abuse

vic
5.0 out of 5 stars Termite invasion
Reviewed in the United Kingdom on September 9, 2019
Verified Purchase
A great idea Isaac replicating machines, and finding ways to stop them. This is good scfi, can not wait to read the next book.
Read more
One person found this helpful
Report abuse