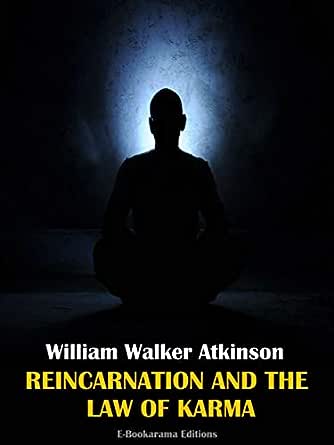 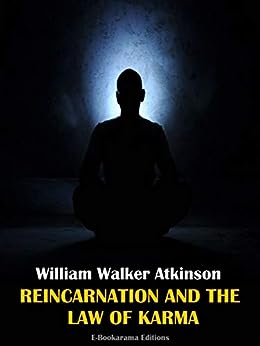 Reincarnation and the Law of Karma Kindle Edition

Kessinger Publishing reprints over 1,500 similar titles all available through Amazon.com. --This text refers to an alternate kindle_edition edition.

William Walker Atkinson (December 5 1862 – November 22 1932) was born in Baltimore, Maryland to William and Emma Atkinson. He began his working life as a grocer at 15 years old, probably helping his father. He married Margret Foster Black of Beverly, New Jersey, in October 1889, and they had two children. The first probably died young. The second later married and had two daughters. He was an attorney, merchant, publisher, and author, as well as an occultist and an American pioneer of the New Thought movement. He is also known to have been the author of the pseudonymous works attributed to Theron Q. Dumont, Swami Panchadasi and Yogi Ramacharaka and others. He pursued a business career from 1882 onwards and in 1894 he was admitted as an attorney to the Bar of Pennsylvania. --This text refers to an alternate kindle_edition edition.

There are 12 Chapters in all.

CHAPTER III. the Romans and Greeks- The Reasons of Rome's Backwardness in Spiritual Knowledge-Why the Greeks were Advanced-Pythagoras; Orpheus; Plato-The Various Grecian Teachings Regarding the Soul and Its Future Life-Plato's Wonderful Teachings and Philosophy.

CHAPTER IV. The Jews, Essenes, and Early Christians The Inner Teachings of the Jewish Priests-The Jewish Rabbins and Their Secret Doctrines-The Kaballah, the Zahar, Nichema; Ronach; and Nephesh-A Mysterious Brotherhood-The Christian Inner Doctrine-The Mysteries of Jesus. - - CHAPTER V. The Hindus 64 - India the Mother of Reincarnation, Past and Present-The Aryan Teachings-The History of the Belief Among the Hindus-Fundamental Hindu Philosophy. - -[Pg 4] CHAPTER VI. The Modern West 95 - Reincarnation in the Modern Western World-The Revival of Interest and Its Cause-Theosophical Society-Madame Blavatsky-The Western School of Yogi Philosophy: Its Fundamental Teachings-The Spiritists, and Their Doctrine-The Teachings of the "Elect Few" in Their Secret Societies-Is Earth a Hell?-Christian Reincarnationists and Their Beliefs. - - CHAPTER VII. Between and Beyond Incarnations 117 - How Long Between Incarnations?-Necessity for Mental and Spiritual Digestion and Assimilation-The Advanced Teachings-Earth-bound Souls-Advanced Souls and Their Rest Period-Where Does the Soul Dwell Between Incarnations?-What Happens at Death-The Great Astral World and Its Planes and Sub-planes-Where the Soul Goes After Death and What It Does There-Rebirth and Its Laws-What is the Final State of the Soul?-The Message of the Illumined.

3.8 out of 5 stars
3.8 out of 5
15 customer ratings
How does Amazon calculate star ratings?
Amazon calculates a product’s star ratings based on a machine learned model instead of a raw data average. The model takes into account factors including the age of a rating, whether the ratings are from verified purchasers, and factors that establish reviewer trustworthiness.
Top reviews

Andras M. Nagy
5.0 out of 5 stars A Classic on the much discussed subjects
Reviewed in the United States on September 6, 2012
Verified Purchase
Atkinson is listed in the Wikipedia as "New Thought" school but he was not, he was a true Hermetic magician and Yogi. He was a strange, secretive "bird" but his writing and knowledge on the subject is excellent and clear. This book will not tell you how to interpret these esoteric laws but it tells you how they permeated men's understanding of life and death and how these laws are now even observable world view versus the doctrine of the "official" religions which are intellectually dishonest and illogical. Other books on the subject are lenses of different ideas and schools trying to preach the reader how to see these matters. Atkinson leaves it up to you.
Read more
7 people found this helpful
Helpful
Comment Report abuse

S. Keys
5.0 out of 5 stars Reincarnation and karma
Reviewed in the United States on July 2, 2019
Verified Purchase
A book everyone should read
Read more
Helpful
Comment Report abuse

fritz Fratz
5.0 out of 5 stars An Excellent Overview
Reviewed in the United States on February 25, 2000
Written close to a century ago, this is still a relevant and timeless text. Atkinson does a great job in developing, in a logical order the societal history and application of Reincarnation and the Law Of Karma. He traces the concept of Transmigration of souls through Egyptian, Chaldean, Druid, Roman, Greek, Jewish, Essene, Early Christian, Hindu societies. He then explores current modern applications (remember he is a contemporary of Madame Blavatsky) and the explores issue sof what happens between Incarnations, issues of Justice and Incarnation, and then presents a an argument for and against Reincarnation. Finally he reviews the Law of Karma. I think that this book, in tandem with "The Kybalion" will evoke the reader to explore Blavatsky's "Secret Doctrine" and other related Theosophical works. I would rate this a "must have" for any serious spiritual library.
Read more
17 people found this helpful
Helpful
Comment Report abuse

Marie Martin
5.0 out of 5 stars Truly comprehensive and complete!
Reviewed in the United States on July 25, 2009
William Atkinson introduced The Law of Attraction (The Secret) to the modern world and was an enormous force in the early personal development movement. In his amazing volume he presents the vast range of his knowledge on the occult world and the powers that may be obtained therein. His writing is easy to read and full of revolutionary exercises that guarantees you fast results. The main benefit here is the hands on approach that Atkinson uses to teach spiritual cause and effect so you can make decisions today for 'tomorrow'. Truly comprehensive and complete!
Read more
2 people found this helpful
Helpful
Comment Report abuse

Christine Richardson
5.0 out of 5 stars Very profound - unites reincarnation and karma.
Reviewed in the United States on April 25, 2009
Truly one of the most complete books to show the unity and connection of all the major religions - including ancient and modern - under the one umbrella of Truth as it pertains to Reincarnation and Karma. For those who still struggle understanding these two concepts, you will not after you examine the revelations of this book. Very profound.
Read more
3 people found this helpful
Helpful
Comment Report abuse

Adam Flanders
5.0 out of 5 stars Fun Read
Reviewed in the United States on December 27, 2010
I'm currently in the process of reading the entire (lengthy) bibliography of Richard Matheson's "What Dreams May Come" and this was one of the first books. It's very anecdotal, but the stories are interesting and should keep the attention of anyone interested in life after death and metaphysical matters.
Read more
3 people found this helpful
Helpful
Comment Report abuse

An Avid Reader
5.0 out of 5 stars Surprisingly Readable!
Reviewed in the United States on September 25, 2005
One of the best books I have read that brings all the major religions - both ancient and modern - under the one umbrella of Truth as it pertains to Reincarnation and Karma. If you are still having trouble understanding these two concepts, you won't after you read this book. Very satisfying!
Read more
5 people found this helpful
Helpful
Comment Report abuse
See all reviews from the United States

Ole
4.0 out of 5 stars Four Stars
Reviewed in the United Kingdom on February 24, 2018
Verified Purchase
I had hoped for a bit more background info.
Read more
Helpful
Sending feedback...
Thank you for your feedback.
Sorry, we failed to record your vote. Please try again
Report abuse

Victoria in Vancouver
5.0 out of 5 stars Great book
Reviewed in Canada on January 1, 2018
Verified Purchase
Purchased after the sudden death of a friend.
Read more
Helpful
Sending feedback...
Thank you for your feedback.
Sorry, we failed to record your vote. Please try again
Report abuse

BHUPENDRA MADHIWALLA
3.0 out of 5 stars Three Stars
Reviewed in India on September 3, 2017
Verified Purchase
sorry to say but have better books on reincarnation and Karma
Read more
Helpful
Sending feedback...
Thank you for your feedback.
Sorry, we failed to record your vote. Please try again
Report abuse

Mrs. M. Jones
3.0 out of 5 stars A useful book with an irritatin style.
Reviewed in the United Kingdom on December 25, 2012
Verified Purchase
The book was quite informative, but the writing style didn't appeal to me. It lacked references, the pronoun 'we' is used repeatedly without saying to whom this refers, and there is no description of the author. There is no preface, introduction or index. The use of three stars at the beginning and end of a quotation within a quotation, is puzzling.
Read more
Helpful
Sending feedback...
Thank you for your feedback.
Sorry, we failed to record your vote. Please try again
Report abuse