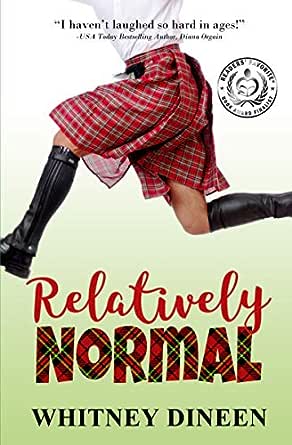 You've subscribed to Relativity Series! We will preorder your items within 24 hours of when they become available. When new books are released, we'll charge your default payment method for the lowest price available during the pre-order period.
Update your device or payment method, cancel individual pre-orders or your subscription at
Your Memberships & Subscriptions
There was an error. We were unable to process your subscription due to an error. Please refresh and try again. 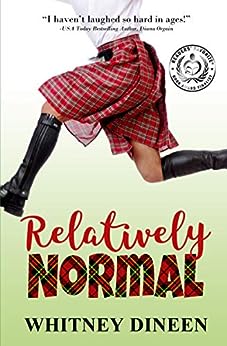 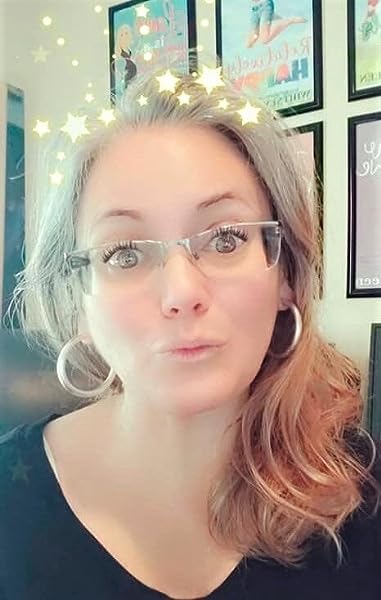 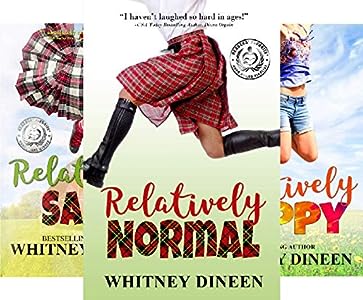 4.3 out of 5 stars
4.3 out of 5
900 global ratings
How are ratings calculated?
To calculate the overall star rating and percentage breakdown by star, we don’t use a simple average. Instead, our system considers things like how recent a review is and if the reviewer bought the item on Amazon. It also analyzes reviews to verify trustworthiness.
Top reviews

vegaswedding
2.0 out of 5 stars **SPOILER-ISH** Not that funny, characters unlikable
Reviewed in the United States on December 4, 2018
Verified Purchase
I kept trying to write this in a way that wouldn't give anything away, but I can't say what I don't like about it without giving away the general direction of the book. I will avoid being specific.
I really did not like this book. It wasn't the writing, I didn't see any glaring errors. It generally kept my interest although it really dragged in the last third. Those two things are the only reason I gave it two stars instead of one.
I found the naming of each chapter to be very annoying but had I liked the book in general, that would not really be an issue.
The problem was the story. I almost put this book right down after the scene in which Cat introduces her parents to Ethan and his parents because they were AWFUL - Cat's parents, that is. You do not invite people into your home and treat them this way. I don't care how "quirky" you are. You do NOT invite your daughter's ex-boyfriend to the celebration. You just DON'T do this. For some reason, after 14 years, her childhood boyfriend decides he wants her back. And her parents are all for it, and don't hide it. The only characters I didn't find insufferable were Ethan and his parents, and Jazzy, the peripheral character,Cat's business partner.
I should have put the book down, but I kept reading because I thought there would be twists. There were.. sort of... but nothing that changed anything. Honestly, I felt like I was reading a friend's series of emails to me, trying to justify her dumping someone nice. I kept wondering if this was the author's own story, with a quirky family thrown in for embellishment.
I laughed out loud once - close to the beginning, when I still had hope for the book. But once I got into the book, what I found funny at first ended up just being more rudeness.
I bought the book, but ended up deleting it off my Kindle. Just wasn't for me.
Read more
98 people found this helpful
Helpful
Report abuse

Stacy
2.0 out of 5 stars Not funny at all
Reviewed in the United States on November 21, 2018
Verified Purchase
I did not find this book funny. On the contrary, I found the story somewhat sad and very awkward. Instead of laughing, I cringed. To read the way the family acted toward her fiance was appalling. It was a struggle to convince myself to finish the book. I did and I will say it got better toward the end, but it was never funny.
Read more
56 people found this helpful
Helpful
Report abuse

Genre Minx Reviews
5.0 out of 5 stars Hilarious!!
Reviewed in the United States on October 7, 2018
Verified Purchase
The biggest question I had when I started reading Relatively Normal was what was Catriona hiding from, family wise? Also, how could she have been so successful at keeping her fiancé away from her family? Well, that was easily answered once I understood the family dynamics between Cat and her family as well as the relationship between her and her fiancé. What was interesting to me though was that her family dynamics were truly a cover for why she really had to leave her small-town life behind and that “reason” is the crux of this story. Oh yes, there was more to Cat’s story but it was buried under layers of hilarious familial bedlam.

There were many points in this book where the story could have gone off the rails because all the characters and situations were larger than life. Satisfyingly enough, nothing was too outlandish that it became a turnoff, the Author had a masterful touch and kept the story plausible and merry. I laughed, and laughed, and laughed throughout this story. I enjoyed every chapter because every character was well developed and quirky. I wanted to know about each and every one of them! They each added their own element of crazy to the mix and it was absolutely perfect.

The romance element in this story was very unexpected and there were points where you know that things should not be progressing but, luckily, everything worked out as it should and it is oh so delicious and swoony. You just have to hang in there through the ups and downs while Cat takes the much needed time to open her eyes and see what truly mattered and what would ultimately make her happy. I loved reading Relatively Normal and for fans of romantic comedies, I cannot recommend this book enough! It is hands down the funniest and sweetest book!! Get your hands on a copy today!!

This review is based on a complimentary book I received from Author, Whitney Dineen. It is an honest and voluntary review. The complimentary receipt of it in no way affected my review or rating.
Read more
34 people found this helpful
Helpful
Report abuse

Bookzilla
TOP 500 REVIEWER
3.0 out of 5 stars Drama
Reviewed in the United States on January 3, 2019
Verified Purchase
This story leaves one wondering what is happening with three other characters. Minor editing errors, no graphic violence. There is drama, emotional manipulation and cruelty.

The storyline focuses on Cat who bring her fiancé Ethan and his parents to her parents home for Thanksgiving. Cat's parents invite her childhood sweetheart Sam, who broke her heart, and his parents to dinner and didn't bother to tell anyone that Cat and Ethan are engaged. Ethan gave Cat's grandmother a gift of an Enya cd and she rejected it because Enya isn't Scottish.

There are other subplots that help distract from the Cat, Ethan and Sam mess.

This story is described as humorous and entertaining. I did not enjoy it. Remember this is my personal opinion and does not reflect on the author.
Read more
27 people found this helpful
Helpful
Report abuse

Kindle Customer
3.0 out of 5 stars Cute
Reviewed in the United States on November 6, 2018
Verified Purchase
This was a cute story but I did not think that this book was as funny as many of the reviews indicated. Mildly amusing with interesting characters, but the plot line was too easily resolved for the struggles that were mapped out.
Read more
24 people found this helpful
Helpful
Report abuse

Lvs2read
1.0 out of 5 stars Read it because of someone’s recommendation it was disappointed
Reviewed in the United States on April 8, 2019
Verified Purchase
I respect the person giving the recommendation to read this but I was really disappointed. I thought it would be funny, it wasn’t. They took the Lord’s name in vain so many times. It was a Good story line, But it didn’t hold my attention and I found myself skimming to the end just to see how it ended.
Read more
16 people found this helpful
Helpful
Report abuse

Gabi B.
5.0 out of 5 stars Loved it!
Reviewed in the United States on November 7, 2018
Verified Purchase
I just finished reading Relatively Normal couple nights ago and already miss it. Why? Because I am a bit like Ethan; really don’t like disorder, things out of place and pretty much was born without a funny bone. Still this book made me chuckle multiple times. Made me think I should possibly start collecting shortbread pans or spittoons. Also wish the story wouldn’t have ended. Beside that Nan is my absolute favorite for sure and she deserves a whole book of her own somehow I would love to read more about Sam and Cat’s new adventures, maybe even Ethan ending up with Sarah ... wouldn’t that be something. Ms. Whitney Dineen, Thank you for another great book!
Read more
18 people found this helpful
Helpful
Report abuse
See all reviews

Alison
3.0 out of 5 stars Worth persevering with
Reviewed in the United Kingdom on August 25, 2020
Verified Purchase
I read this book because I had recently read another one of the authors titles and enjoyed it. I have to admit I nearly gave up at the beginning. The situations were a bit too slapstick for my taste and I was afraid the whole book would be a series of "funny" situations with no character development. Having sneaked a look at the last chapter I decided to persevere and I'm glad I did. The characters became more rounded and believable as the book went on. Being from the UK I did notice a couple of discrepancies in the Scottish references (especially about food) but nothing I couldn't live with.

Kindle Customer
4.0 out of 5 stars Relatively Normal.....
Reviewed in the United Kingdom on April 10, 2019
Verified Purchase
....is anything but lol....but I also thoroughly enjoyed it.

I'll be honest, it wasn't as hilarious as I thought it would be (going by the advertising etc) however it was still humorous!

Cat's family are pure nuts - quirky is a major understatement but sure where's the fun in being square!!?!

If your looking a s!all town comedy, second chance love and some of the weirdest characters then look no further......
Read more
One person found this helpful
Report abuse

Gudy Terenzio
5.0 out of 5 stars Loved it
Reviewed in the United Kingdom on December 29, 2018
Verified Purchase
Catriona brings her fiance and his parents home to meet her family and there everything is starting to to topsy turvy.

The book is very funny, pulls at your heartstrings and leaves you at the end with a feeling that the world and family is a good place to be.
Highly recommended.
Read more
Report abuse

Cthulhuhatesravioli
4.0 out of 5 stars Kilts are worn correctly in this book
Reviewed in the United Kingdom on June 14, 2019
Verified Purchase
Hilarious family. This is a definite relax and get away from it all book. Grab your favourite drink and curl.up with this book. You will possibly spit your drink out laughing but thats okay too. No spoilers, but it is a romance book!
Read more
Report abuse

Megan
5.0 out of 5 stars Very goos
Reviewed in the United Kingdom on June 13, 2019
Verified Purchase
I thought this was a really lovely book. Initially maybe it seems the family are horrible to Ethan but actually they are just looking after the main characters best interests which is what it can be like in real life.
Perfect beach read and you really invest in the characters
Would read more books by this author
Read more
Report abuse
See all reviews