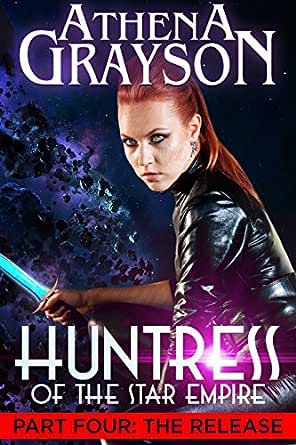 You've subscribed to Huntress of the Star Empire! We will preorder your items within 24 hours of when they become available. When new books are released, we'll charge your default payment method for the lowest price available during the pre-order period.
Update your device or payment method, cancel individual pre-orders or your subscription at
Your Memberships & Subscriptions
There was an error. We were unable to process your subscription due to an error. Please refresh and try again. 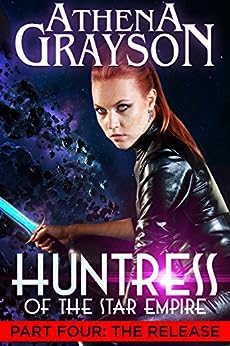 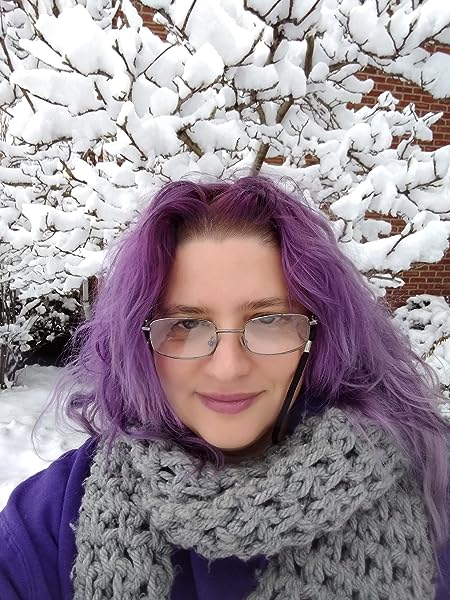 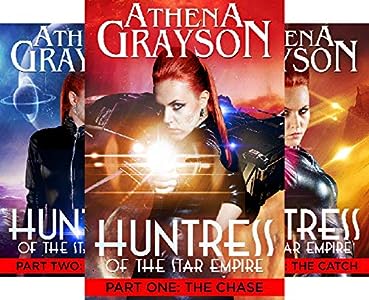 Gega
5.0 out of 5 stars Fantastic
Reviewed in the United States on December 10, 2018
Verified Purchase
Treska and Micah must find common ground. Finally, Treska learns about her past, with Micah’s help.
An exciting story, but it still leaves unanswered questions. Therefore, I believe we will hear more from Treska and Micah. It would be great.
Read more
Helpful
Comment Report abuse

Lola
5.0 out of 5 stars The Release
Reviewed in the United States on September 12, 2017
Gah this series is so awesome! This is exactly the type of sci-fi I want to read! It has great characters and a slow burn romance, but also an engaging story and so well done world building I can almost convince myself this world is out there somewhere. It all makes sense. And the characters are as much shaped by the world as they shape the world.

There are few books or series that hook me as completely as this series did. I read all four books in this series in about a month time, I don't binge read series, but this is what it looks like when I do. I kept thinking about this series and after a short break I always came back to this series. And now that it's over I am happy and sad at the same time. Happy because wow this series was amazing and there will be a season 2 and we get more Micah and Treska. And sad because it's over and now I have to wait on new releases by this amazing author. And I just want more!

The Release is the final book in this season. I thought it would be the final book of the whole series, but it turns out there will be a season 2. As the book progressed I was afraid the ending would be rushed because there was so much still unanswered, but then I found out there will be more books. And the ending is great, is has a satisfying ending of the season while still leaves you craving for more. And as well as The Release wraps up this season, in a sense this only feels like the beginning and there's so much more still to come and this makes me so happy and at the same time I just wish all those books were already out there.

The Release was a great read! It continues the story of Treska and Micah, with a bit more focus on Treska, which makes sense which what she's going through in this book. The story kept my attention every second and I just wanted to keep reading. It's brilliant at times, seeing things come together and developing and I loved every second of this book. Then there is this plot twist I didn't saw coming and wow I had trouble wrapping my head around it because it's so wrong and sad and explains so much. And I have to know more about this and what's going to happen next.

If I have to give one complaint it's that there was this scene I really hoped to see in this book and it wasn't in this book. And there's this theory I have that I want so badly to know if it's true and we don't find out in this book. But I can't even be angry about that because the author writes such a great slow building romance and yes I can wait and be patient until we get that scene. And there will be a season 2 which hopefully answer all those questions and proves my theory. I am pretty sure I am right, but I want to see how they find out that truth and how they react.

The Release gives us answers, things fall on it's place and there are these side characters that become much more relevant and it all makes sense! And while we get answers, we also get way more questions. And gah I want to know more and read more about this world and see what's going to happen next!

Like I mentioned before the focus of this book is mostly on Treska and I loved seeing her character development in this series. We get to know more about something that happened to her and it's so sad and wrong and it also explains so much about her. It was hard to see her struggle, but I also loved seeing her have the chance to develop and chance herself and find her own way even though it was hard and she didn't know what to do or where to go. But I have faith that she figures it out and there are these parts of her personality that stay the same throughout it all.

And the scenes with her and Micah just warm my heart, they are so great together and he's so patient and careful with her. And another scene I was patiently waiting for does happen in this book and it was just as impactfull as I thought it would be. The slow building romance between them is beautiful to read about and I just want more Micah and Treska and their adventures. I also liked how we get to see a bit of Micah's powers in this book and learn a bit more about the psypaths.

This book was pretty character focused, but there's still a lot of story as well and we learn more about some of the alien species and get to visit a new planet. So the world building and story are still present as well. We also learn new things about some of the side characters and get to see more of already familiar ones. It was great how it felt like a lot came together and fell on it's place in this book and at the same time set the stage for more adventures.

To summarize: this book was awesome! This series totally sucked me in and I can't say enough good things about this book and series. This is exactly the type of sci-fi i want to read, with character focus and depth, romance, a story that keeps me reading and world building that's so well done and realistic and it all makes sense and fits together. This book is full with revelations and plot twists and things fall on it's place and it's wonderful. It turns out this is only season 1 and there will be a season 2 eventually. And while that makes me happy I am also sad because I want more now and I can't believe I finished all four books already. I liked the focus on Treska in this book and seeing what she goes through. And the romance between her and Micha is so well done, slow building and beautiful to witness. Questions are answered and more questions pop up. We see more of the characters and the world. We learn a bit more about some of the aliens and the psypaths and visit a new planet. To anyone who loves a sci-fi book, I can't recommend this series enough!
Read more
One person found this helpful
Helpful
Comment Report abuse
See all reviews