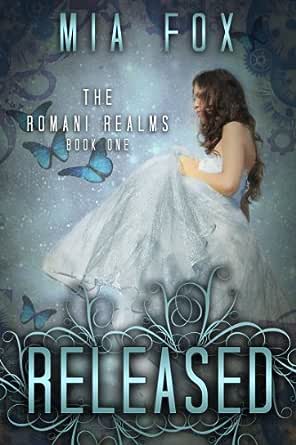 You've subscribed to Romani Realms! We will preorder your items within 24 hours of when they become available. When new books are released, we'll charge your default payment method for the lowest price available during the pre-order period.
Update your device or payment method, cancel individual pre-orders or your subscription at
Your Memberships & Subscriptions
There was an error. We were unable to process your subscription due to an error. Please refresh and try again. 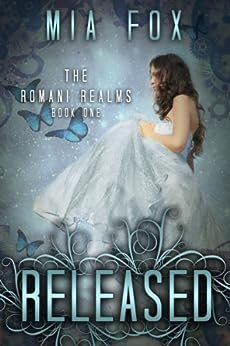 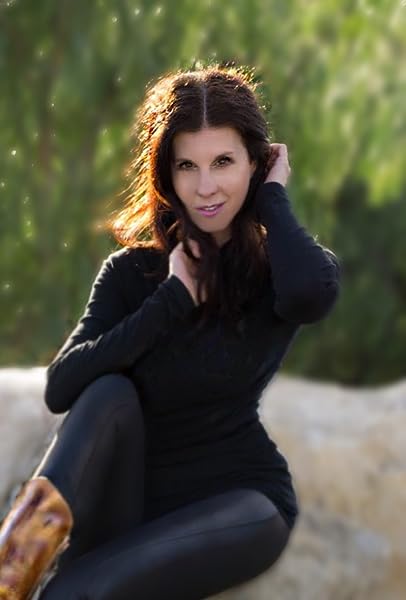 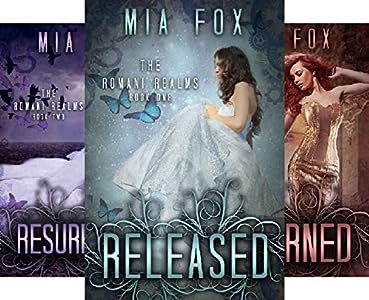 Mia Fox is a Los Angeles-based romance novelist who writes Contemporary and Paranormal Romance, Chick Lit, and Satire. She received her Bachelor of Arts Degree from U.S.C. and a Masters Degree in Professional Writing also from U.S.C.

Before writing full time, she worked as an entertainment publicist, a career she chronicles in her novel, "Alert the Media." However, she is happy to leave that world behind her, preferring that any drama in her life is only that which she creates for her characters. She lives in Los Angeles with her husband and their three teenagers, along with their "fur children," Bean and Oliver.

4.1 out of 5 stars
4.1 out of 5
43 global ratings
How are ratings calculated?
To calculate the overall star rating and percentage breakdown by star, we don’t use a simple average. Instead, our system considers things like how recent a review is and if the reviewer bought the item on Amazon. It also analyzes reviews to verify trustworthiness.
Top reviews

Warning- some mature scenes are written inside this book.

My Review~
I adore the cover! It is beautiful! This was an amazing fast paced read that is full of magic, romance, unrequited love, danger, suspense, and intrigue. I love the unique take on genies and their magical abilities. I also love that the author done a lot of research in writing this novel. It shows very clearly in the writing and also makes the story come together better. The characters are wonderful and I loved how the girls would banter between each other. I wish that the genie did more in protection besides whats in the book. It was hard after a few turn of events in the book, but alas made the story better and will continue into book 2 of this series. I can't wait to find out what will behold our characters- Phin, Suki, and James. Will they reunite with Sam or is it all for not?? This authors writing is simply superb and magical in and of itself. I can't possibly wait until the next book comes out. This is a great budding series for all that love time-travel.

Amazon Book Description~
The discovery of an ancient bottle unleashes a Genie - and the wrath of the Demon Gypsies chasing her...

When Suzette ("Suki") is released from her bottle by two teen girls, she is more than a bit surprised that a Genie of her calibre is beholden to two average high school students. After dealing with dignitaries and noblemen, however, she believes this will be a welcome break.

Until she discovers the teens' hidden powers and that one will come to possess the Amulet of Pollox, a necklace that contains the secrets from some of the greatest minds throughout history. Unfortunately, she's not the only one who notices. The Amulet draws the attention of the two powerful and vengeful Demon Gypsies who have pursued Suki through time and will stop at nothing to snatch the girls and the Amulet.

Suddenly, Suki is not just helping the girls navigate high school crushes, she's safeguarding them from danger unlike anything they've ever known. To make matters more complicated, she must also fight her attraction to James - her protector through the ages - whose sudden arrival threatens her resolve and her heart.

A time-traveling Genie and her unrequited love...
Demon Gypsies with an insatiable quest for power...
And the teen girls whose existence threatens them all.

This is the world of "Released," book one of The Romani Realms series by Mia Fox, a Young Adult trilogy featuring elements of paranormal romance and steampunk.
Read more
Helpful
Comment Report abuse

Holly
4.0 out of 5 stars 3.5 Enjoyable Stars
Reviewed in the United States on March 3, 2014
Verified Purchase
After thinking this through, I've decided on giving Released 3.5 stars. While I really enjoyed the book, there were a few aspects of it that were confusing, annoying, and frustrating.

This is the first genie story I've read in quite some time. And what really had me excited was that, instead of the book being in the Releasors point of view, it was instead in the genie's. The general concept of Suki's powers and story was well-thought out. She grants her Releasors three wishes, but they have to be used for selfless reasons. For good. It's a rule that Suki herself has never wavered from or changed, no matter what the cost.

Suki definitely had personality, but I didn't think the author executed her point of view very well. Many of the chapters were in 3rd person, but it makes it seem like Suki is seeing everything happening. And that is the part that felt odd to me. It was hard to go from reading about the other characters, and then to what Suki is doing at the same time. Not only do the two girls get the spotlight, but the two villains do as well. It was sometimes hard to go back and forth between all of them, especially when plot points were interwoven together.

I didn't think the flashbacks were handled very well. They were not clearly separated from the present, and some of them seemed like fillers in the story before the major plot points were revealed. And when Suki was telling stories, she tended to get side-tracked and start talking about something else. The girls would have to remind her about what she'd started talking about in the first place. Let's just say, I don't remember very much about her past lives. There was just so much history told, both through flashbacks and in conversations. And some of it didn't seem essential to either the story, or why Suki is the way she is now.

Am I the only one confused by the ending? What did Charlotte do? Before you maim me for all the negative, I really did enjoy the story! I loved how Suki wouldn't grant wishes unless it was for the most unselfish of reasons. As long as it was for good. I liked where the story was heading, although I'm still confused by a lot of the aspects. I liked James and Sam the most. Although, who James is and why he was there was a little hard to understand. I thought Raven was a brilliant villain, and I was intrigued to find out her motivations for everything. And that ending leaves me wanting to know more! :)
Read more
Helpful
Comment Report abuse

PRBabe5
VINE VOICE
4.0 out of 5 stars Great potential, but didn't quite hit the right note with me
Reviewed in the United States on July 10, 2013
Verified Purchase
This book had great potential. I loved the concept of a genie, but with a twist. The idea that the genie influenced, but didn't grant whatever was requested was good given who she was dealing with. The fact that her influence led to a wide array of talented and famous people with some tragic results was actual pretty twisted yet human.

Suki's background and how she told snippets of her past at times was great, but also had me a little baffled about her actual relationship with her past releasers. She is very strict about getting involved with James - whom I loved - but sounded a bit flaky otherwise. I admit that I wasn't completely sold by her. I was also not 100% happy about her limits at times. And I definitely think the girls were a pain in the @#*. That is probably why I had a hard time loving this book. I spent more time frustrated with the girls. Raven was probably the only other character outside of James that I thought was true to character and actually made sense even if she was the villain. The whole true love thing causing her to lose it and her blind faith in that love is definitely believable although not what I would have done. Phineas just seems weak to me, but with potential in future books.

I know others loved it and I can see why, but I just couldn't get there myself. I think this book fits great with YA, but I don't think it will appeal to all ages. I hope I'm wrong because I do think it was interesting.
Read more
Helpful
Comment Report abuse
See all reviews

Patricia Walker
5.0 out of 5 stars brilliant
Reviewed in the United Kingdom on August 16, 2014
Verified Purchase
From the outset this book had me mesmerized. Beautifully written it makes a very easy read that has subtle complexities in the plot at every turn of the page. The characters are well rounded and the interaction between all of them is completely absorbing and adds to the need to keep turning that page to see what happens next. It has been well researched for the different time periods and the people who were around in each one. How they brought important events to the forefront of their lives is well documented and the author uses this information masterfully weaving the achievements of great people throughout history into her story. I certainly recommend this one to everyone and can't wait to get stuck into the next part!
Read more
Report abuse

katie Bailey
4.0 out of 5 stars Book review
Reviewed in the United Kingdom on January 2, 2014
Verified Purchase
This book has quite a dull and boring start but about 57% it gets more interesting. Not for young readers for it references to sex quite a bit.
Read more
Report abuse
See all reviews