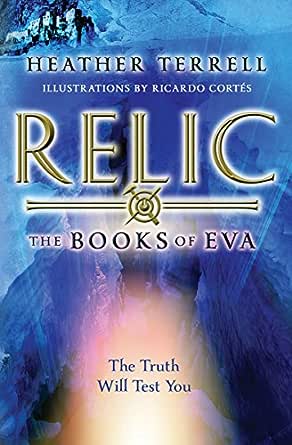 You've subscribed to The Books of Eva! We will preorder your items within 24 hours of when they become available. When new books are released, we'll charge your default payment method for the lowest price available during the pre-order period.
Update your device or payment method, cancel individual pre-orders or your subscription at
Your Memberships & Subscriptions
There was an error. We were unable to process your subscription due to an error. Please refresh and try again. 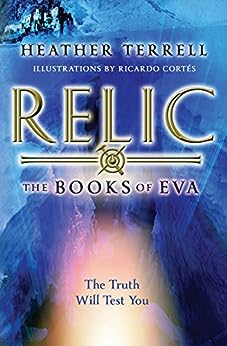 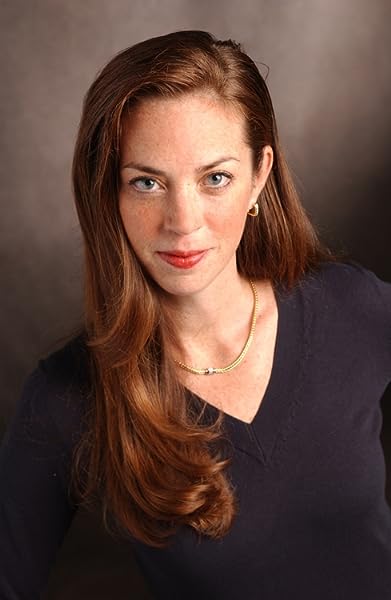 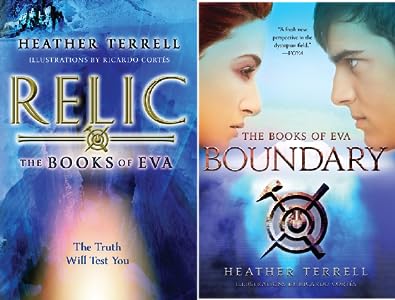 Gr 7 Up-Fans of The Hunger Games will devour this book. The world suffered a cataclysmic flood a century earlier that the survivors believe occurred as punishment by their gods for the evils of that civilization. Now living in the Arctic North, bound by ice and water on all sides, the rulers of the Aerie are rigid and demanding to ensure that they not repeat the evil of their ancestors and bring about another flood. After the death of her twin brother, Eamon, 18-year-old Eva, the daughter of an Aerie ruler, decides to take his place in The Testing, which involves traveling by dogsled over snow and ice to an area where artifacts from the past corrupt civilization must be excavated from a crevasse in the ice. Proper and popular Jasper of the ruling class and outsider Lukas of the Boundary People, servants to the ruling class, are both vying for Eva's attention. Until her twin's death, Eva was a dutiful daughter to her status-conscious parents and not averse to their plans of marrying her to Jasper. Lukas, who had been training Eamon, now works with Eva to prepare her for The Testing. On the eve of the event, he gives her Eamon's journal, which makes her realize that her brother was about to embark on a mission that would change her world forever, but the journal isn't clear about how. The relic that Eva finds during The Testing, and her interpretation of its meaning, alters her worldview and will ultimately lead her to challenge all she believes and holds dear. Although Relic's story line is familiar, Terrell has created an interesting setting and memorable characters. Teens will be looking forward to the next installment in the series.-Kathy Kirchoefer, Henderson County Public Library, NCα(c) Copyright 2013. Library Journals LLC, a wholly owned subsidiary of Media Source, Inc. No redistribution permitted. --This text refers to an out of print or unavailable edition of this title.

“Fans of The Hunger Games will devour this book.”
—School Library Journal

“With threads from The Hunger Games, The Giver, and other dystopian novels, Terrell spins her own story, which has plenty of adventure, some unanswered questions, and a dash of romance... The way relics—iPhones, guns, even makeup—affect the story adds an ironic touch.”
—Booklist

"Part post-apocalyptic fiction and part high fantasy, Relic is the beginning of a trilogy that is written artfully and with a voice you will not soon forget.  Delicately weaving in elements of Inuit culture as well as elements you might find in Game of Thrones, Heather Terrell creates a world that is as intricate as it is icy.  The intrigue and mystery make it a page-turner, and the rich and complex characters make it hard to forget.  I cannot wait for the sequel!"
—E. Kristen Anderson, Editor of Dear Teen Me

"Technology is a fragile thing and another Dark Age could be closer than you think.... the world built in Relic is unique and has a rich allegorical quality."
—Pittsburgh Post Gazette

“Even when Eva knows that what she’s doing might come with unforeseen, negative consequences, she cannot ignore her need to know the truth. I love her for that.”
—Kirkus Book Report by Mandy Curtis of Forever Young Adult

“I already can’t wait for the second book of the RELIC series to come out. Eva is a strong female character and a great role model for teen girls. This is also a great book for both teens and parents to read.”
—Jennifer Wagner, Connect with your Teens through Pop Culture and Technology

“An exciting tale of self-discovery and one of great societal commentary.... Deft world-building creates a believable society in an icy clime with a strong and well-rounded main character. Eva’s choices for the future will leave readers anxious to see her tale continue in the next installment... a fresh new perspective in the dystopian field.”
—VOYA

"A remarkable story.... highly recommended."
—Mysterious Reviews --This text refers to an out of print or unavailable edition of this title.

Heather Terrell worked as a commercial litigator in New York City for over ten years, but she has always been obsessed with myth, lore, and the gap between history and the truth. This preoccupation has led to several loosely factual historical novels (The Chrysalis, The Map Thief, Brigid of Kildare) and the pure-lore Fallen Angel series. Relic is the first installment of The Books of Eva series. She lives in Pittsburgh with her family. Visit her at www.heatherterrell.com. --This text refers to an out of print or unavailable edition of this title.

When Eva’s twin, Eamon, dies as he prepares for the Testing, she decides she must face the ice world of the Boundary Lands in his place. It has been 250 years since the gods, furious at the way the people of earth worshipped at the altar of Apple, sent a flood that covered most of the land except the New North. These survivors live in a medieval style, and though no Maiden has tested in more than a century, Eva has the help of Lukas, a native of the Boundary Lands who schools her in the ways of snow, ice, and survival. Her main task is to find a relic that will reinforce the government’s thesis that technology destroyed the old society. With threads taken from The Hunger Games, The Giver, and other dystopian novels, Terrell spins her own story, which has plenty of adventure, some unanswered questions, and a dash of romance that will certainly be explored in the next installments. The way relics—iPhones, guns, even makeup—affect the story adds an ironic touch. Grades 7-10. --Ilene Cooper --This text refers to an out of print or unavailable edition of this title.

Eamon throws his axe into the ice above his head.  He hits a perfect depression in the wall, and the ice grips his axe.  Pulling up hard, he kicks the bear-claw toes of his climbing boots into the ice a few feet higher up.  Like some kind of arctic cat, he scales the frozen Ring.
He repeats the practiced motion, over and over.  Each time, Eamon makes sure to insert an ice screw level with his waist and secure his rope to it.  Just a precaution should he fall.  Not that he ever has.
Bit by painstaking bit, the top of the Ring nears.  Although he knows he shouldn’t, that it goes against the primary rule of ice climbing, Eamon can’t resist: He looks down at the hundreds of feet of sheer ice below him.
Even in the dim moonlight, the site amazes him.  The Ring is a near-perfect, mountainous circle of ice at the center of this last remaining land above the seas, New North.  The view makes the risk of climbing -- punishable by exile into the Boundary-lands -- worthwhile, he thinks.  That, and the edge it will provide him in the Tests.
Eamon looks back up.  Despite the cramps in his hands and calves, he smiles a little.  Only a few feet left to the summit.  Just one more swing of his axe, and he’ll be standing on the peak, staring down at New North.
He drives his axe hard into a concavity in the ice.   But Eamon is too hasty.  For the first time in his life, he misreads the ice.  The axe doesn’t hold.  It slips out of the giant wall of ice.
Sliding backwards, he plummets twelve feet.  He bounces off sharp outcroppings that lacerate his skin.  His descent is stopped only by an ice screw, his rope, and his harness.  Dangling upside down in the frigid midnight air, hundreds of feet from the ground, he starts to pull himself upright on his rope.  Just as he manages to right himself, he sees that his rope is frayed.
How, Eamon can’t imagine.  He had made the rope himself with sealskin, and was certain of its strength.  But really, the reason doesn’t matter.  All that matters is how he’ll climb the remaining twenty feet with an injured body and a worthless rope.
He begins to unhook himself from his harness, and the slight pressure makes the rope unravel further.  Just before it snaps and yanks him down with it, he swings his axe into the ice.  Shaking and bleeding, he clings to the face of the ice wall with only his axes and his bear-claw boots.  He has no choice but to climb back up, this time creeping inch by inch.
Stupid.  He should never have risked the Ring, no matter the advantage gained for the Tests.  He needs to win the Archon spot, to make sure he can act on what he’s learned, but he didn’t need to try the Ring.  Because of his cockiness and thirst for glory, he now stands to lose everything, whether by death or exile.  The Tests are not worth his life.  And this is not worth what it will do to Eva.
He sees the summit.  As he plans out how he’ll hoist his damaged body over the lip, a silhouette of a figure appears against the backdrop of the moon.  Instinct tells him to scale back down; he doesn’t want to face the Ring-guards and certain exile.  But he knows his only chance of survival is surrender.
“Over here,” he calls out.
The figure moves toward him, leans toward the edge, and stretches out a hand.
Eamon leaves one of his axes in the ice so he can reach out his hand.  “Thank the Gods, you’re here.”
As the figure clasps Eamon’s hand, his face becomes clear.
“What are you doing out here?”  Eamon asks, too confused to be scared.
“I’m so sorry, Eamon.  You were never meant to make it this far.”
The figure lets go.  And Eamon falls from the Ring into the darkness.