Religious Affects: Animality, Evolution, and Power and millions of other books are available for Amazon Kindle. Learn more 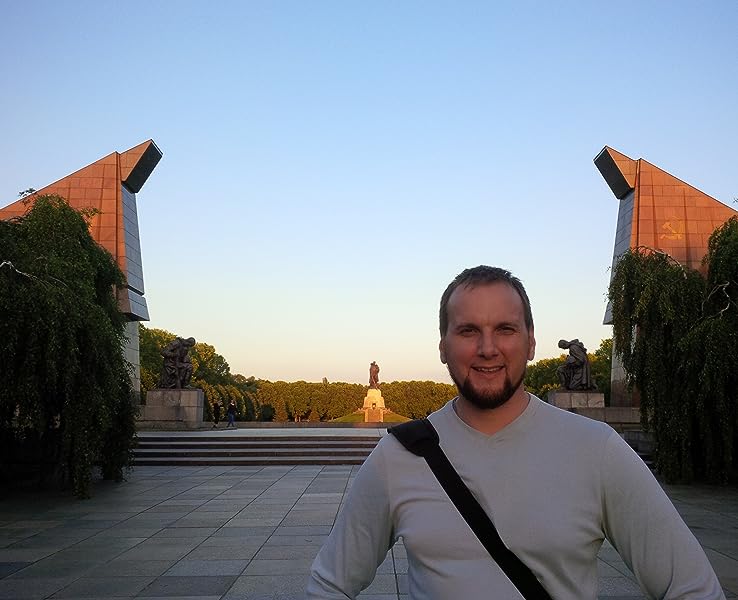 "Religious Affects represents a challenge to decenter our anthropocentric presuppositions more broadly, and, by appealing to human animality, provides a provocative angle for imagining affect over and above the all-toohuman parameters that usually characterize religious studies.... [M]any scholars will find Schaefer’s animal religion and his strategies for affective readings of religious phenomena both theoretically exciting and critically useful."
-- Abigail Kluchin ― Journal of the American Academy of Religion Published On: 2016-06-01

"Religious Affects is an original and challenging argument for the discipline, especially to social-constructionist approaches, as it aims to radically reconfigure how we think about religion as a phenomenon grounded in feelings and emotions (affects) that humans share with the animal world."
-- Matt Sheedy ― Religious Studies Review Published On: 2016-06-01

"For all its breadth in Religious Affects Schaefer develops a well-crafted argument and clarion call:the study of religion must include,at its very core, the study of affect.... Schaefer's project is timely in an urgent sense."
-- Jonathan Russell ― Journal for Cultural and Religious Theory Published On: 2016-06-03

"Religious Affects offers a new way to use affect theory to understand religion that better accounts for its connections with politics, globalization, and power."
-- Staci Poston Conner ― Affectsphere Published On: 2016-05-12

"Religious Affects is an important book, rendering helpful therapy for some of the myopic methodological tendencies that can afflict the field of religious studies."
-- Jason N. Blum ― Syndicate Published On: 2017-10-30

"[Schaefer's] approach to reading affect theory through the lens of animality will enrich critical engagement with the concept of religion as a theoretical tool and as a word of power in the world."
-- Pamela Klassen ― Syndicate Published On: 2017-11-27

"Religious Affects comfortably belongs on the bookshelves of those who work with affect theory or in critical animal studies. For religious scholars, or anyone interested in affect theory or critical animal studies, it serves as a concise and valuable introduction to these theories, providing explanations, histories, applications, and paving ways for future scholarship."
-- Alexander Cox-Twardowski ― Journal of Religion and Popular Culture Published On: 2019-07-01

"Blending seamlessly the most fecund insights of affect theory, evolutionary biology, and critical animal studies, as well as feminist, queer, and postcolonial theories of materiality and embodiment, this bold and trenchant challenge to the ideology of human exceptionalism and its accompanying linguistic fallacy—the refusal to analyze religion and power outside of language and texts—offers a revolutionary and more capacious approach to religion that recovers its visceral intensity and animal generativity."
-- Manuel A. Vásquez, author of ― More Than Belief: A Materialist Theory of Religion

Donovan O. Schaefer is Departmental Lecturer in Science and Religion at the University of Oxford.
Read more

Start reading Religious Affects: Animality, Evolution, and Power on your Kindle in under a minute.

Wayne
4.0 out of 5 stars The affective turn
Reviewed in the United States on September 8, 2017
Verified Purchase
In Religious Affects, Schaefer presents us with two images:
1) Jane Goodall’s chimpanzees who do a startling waterfall rain dance, swinging through the spray on hanging vines, lifting up and hurling rocks and branches, and rhythmically stamping their feet in the water as if in primate heaven.
2) Jesus Camp children, in a 2006 documentary, with white American evangelical children worshiping in religious ecstasy.
Is religion of ape or of man? Schaefer uses developments in affect theory to claim both, while echoing Derrida’s “The Animal That Therefore I Am” (2008). He takes the beyond-mere-survival approach to evolution, which he terms postfoundational Darwinism, in line with the approach of Tielhard de Chardin.
Schaefer traces the philosophical linguistic turn exemplified by Deleuze, Foucault and Derrida, who emphasize the embodied, empowered, enactive and affective domains of lived experience. Everything is political--products of power--even religion. And power is embodied through affect(s). There is a dual theory of “affect(s),” where affects means Schaefer’s concept of phenomenological theory where there are multiple (n>2) affects which play out in life, versus affect (n-1) ascribed to Deleuze as a singular reduction of affect to a metaphysically restricted “becoming” beneath emotions (a Derridian interpretation of Deleuze). Schaefer insists that bodies are not pure becoming, but intransigent and consistent, though metastable and semistable.
Thus Schaefer tracks the phenomenological affective turn which stands opposed to the linguistic fallacy which has resulted from the Enlightenment fantasy of rationalistic personal autonomy. He also presents the shift to a materialist phenomenology which embodies histories in deep time, and exemplifies the heterogenous multiplicity of animal bodies.
He examines religion as therefore an outcome of a body’s affective response to power in the world. Religion is embodied in the animalistic—a dance in response to certain affective rhythms in the world which are also transferred through cultural and political means, and with global implications.
What are we to make of Schaefer’s genealogy of religion? What he does not say is impressive. Left out are religious or political propositions of deontological truth claims. He does however imply that given adequate awareness of our condition, perhaps we can circumvent historical abuses of power through cultural means such as religion, and replace examples of political or religious tribalism such as Islamophobia (and now Americanophobia) with measured responses of wonder and awe at the pluralism in the world, whether dancing is by waterfalls themselves, by chimpanzees, by children or by a divine collective united in solidarity.
Read more
2 people found this helpful
Helpful
Report abuse

A. S. Mount
4.0 out of 5 stars Interesting
Reviewed in the United States on December 6, 2017
Verified Purchase
This book is so jammed packed with ideas and descriptions that it make my head hurt. Despite all this, there is no religious affect that he could find. Please read
Read more
Helpful
Report abuse
See all reviews