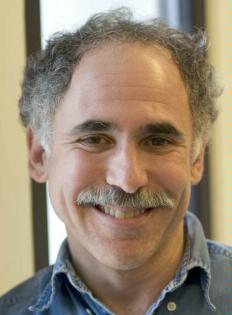 Lee M. Silver is professor of molecular biology and public affairs at the Woodrow Wilson School of Public and International Affairs at Princeton Uni-versity, and author of Challenging Nature. He holds a Ph.D. in biophysics from Harvard University, and he lives with his family in New Jersey and New York.

abigail perez
5.0 out of 5 stars Good read, interesting points
Reviewed in the United States on April 27, 2020
Verified Purchase
Remaking Eden by Lee M. Silver is a great book, despite being on the opposing side of my view on the use of bioengineering on humans. In the beginning pages Lee illustrates a believable future, held from 2010 to 2350, and follows it up with information that helps the reader understand the importance behind the discussion of the use of this technology. Lee brings up the deeper division of class and calls those altered GenRich and unaltered are the Naturals and other other interesting hypotheticals.
Throughout the book one can tell that Lee sees the use of the technology in a more positive light then some. Many believe the introduction of bioengineering in human life will help us eradicate disease, remove or add features and overall improve the quality of life. I believe the altering the DNA of our offspring is not safe or necessary, and Lee has some lines in which he would likely say to me; “Time and again we are warned of places we should not go, and things we should not do. And while the names may change, the message is still the same. Today, many in the modern secular world believe it is wrong to mess with ‘Mother Nature’, an updated feminine personification”. These lines push us toward the use of whatever advancements are created, as history has shown us that those who want to maintain a more traditional life are always wrong and are hindering the possibilities of society, just because we personify these realms of life. Though it is true that mother nature is applied just to further human connection to our natural world, I believe we should seriously consider interfering and releasing our own human. We have already done so with plants and animals, we should observe the long term effects of that alone before moving along to our species. There is also the fact that the future he presents in this book is not one I believe would help the majority of society, as he even points out Genrich vs. Naturals, loss of funds in certain genetic diseases, and the possibility of an entirely new species. To me this is clearly a place we should not go, as only the rich and educated would be able to afford these alterations. Lee also seems to ignore the fact that science is full of trial and error and would also likely have unseen negative impacts. There could be errors in the transferring of foreign DNA and lead to an offspring with unpredictable diseases and mutations. Are parents willing to get rid of trial babies that do not turn out how they desired. There are many points of discussion that don't make it in this book but it is a great start for people to dive in a topic that will likely affect their lives.

Dr. Lee D. Carlson
HALL OF FAME
5.0 out of 5 stars Brilliant in every way
Reviewed in the United States on April 14, 2003
Verified Purchase
With the announcement today of the completion of mapping of the human genome, this book takes on particular importance. The book was published in 1997, and as further evidence of the technological hyperdrive of the 21st century and the incredible advances in sequencing technology since 1997, the author predicts on page 244 that the Human Genome Project would take 23 more years, and be completed by 2020!
The book is excellent, for the author gives brilliant arguments both supporting genetic technologies and countering many that don't. In addition, the author discusses possibilities in reproductive technologies that may be unknown to a reader, like myself, who is not an expert in embryology. For example, he discusses the occurrence (although rare) of natural-born chimeric human beings, who arose from the fusion of two embryos that resulted from the fertilization of two eggs that had been ovulated simultaneously by their mother. Another example discussed is the possibility of a fertilized egg winding up in the peritoneal cavity (in the abdomen essentially). This example was discussed in the context of whether indeed a man could carry a pregnancy.
Some of the other interesting arguments and discussions in the book include: 1. When addressing the assertion that it is unfair for only the wealthy to take advantage of genetic technologies for enhancing their progeny, the author agrees that it is, but he then states correctly that a society that accepts the right of wealthy parents to provide their children with a top-notch private education cannot use "unfairness" as a reason for denying the use of genetic technologies. 2. His discussion of the status of the embryo as human life, which he argues, brilliantly, is not. "If a human life can begin in the absence of conception" he says, "then it is scientifically invalid to say that conception must mark the beginning of each human life. It is as simple as that". 3. The discussion of the history of in vitro fertilization, the ethical issues surrounding it, and the technologies needed to bring it about. The author regards IVF as a pivotal point in history, in which humans took charge of their reproductive destiny. 4. The discussion of cloning, elaborating naturally on the cloning of Dolly the sheep. He states that the cloning of Dolly "broke the technological barrier" and that there is "no reason to expect that the technology couldn't be transferred to human cells." Recent experiments in the last few months however have cast doubt on the ability to do cloning of primates, and so human cloning could therefore be problematic. The author though counters very successfully the arguments against the practice of human cloning.
The author has a refreshing optimism throughout the book, and he remains confident in the human ability to both understand the world and change it with proven and safe technologies. In light of the completion of the mapping of the human genome, his optimism is certainly justified. The technologies discussed in this book, coupled with the information obtained from the complete human genome, promise an incredibly interesting future for biology. Both the author and the individuals behind the human genome project are excellent examples of the ingenuity and mental discipline of the human species.

Projectionist27
3.0 out of 5 stars As Expected
Reviewed in the United States on May 8, 2019
Verified Purchase
Not a great read but arrived as expected
Read more
Helpful
Comment Report abuse

Katherine
3.0 out of 5 stars Interesting
Reviewed in the United States on April 11, 2013
Verified Purchase
This book presents some interesting ideas. Some of them are a bit controversial, so I would exercise a bit of caution. Overall, it's a pretty good book.
Read more
Helpful
Comment Report abuse

Lorraine Goldman
5.0 out of 5 stars Remaking Eden: a must-read
Reviewed in the United States on June 21, 2011
Verified Purchase
I highly recommend this book. It is at once provocative and well-written. Anyone with curiosity about, and concern for, our future as a species needs to become familiar with the exciting and disturbing possibilities this book presents.
Read more
Helpful
Comment Report abuse

J. A. Burrus
3.0 out of 5 stars Not Much New
Reviewed in the United States on April 13, 2011
Verified Purchase
For those with no previous interest in genetic engineering, this book may provide some insight. However, it's self promoting and has little in the way of new or unique information.
Read more
2 people found this helpful
Helpful
Comment Report abuse
See all reviews from the United States

MISS T OMAHONEY
5.0 out of 5 stars Five Stars
Reviewed in the United Kingdom on February 3, 2016
Verified Purchase
thanks
Read more
Helpful
Sending feedback...
Thank you for your feedback.
Sorry, we failed to record your vote. Please try again
Report abuse

Makoto Nagano
5.0 out of 5 stars Excellent as usual
Reviewed in Canada on August 9, 2019
Verified Purchase
This is a must-read in you study developmental and reproductive biology. Each chapter starts with a futuristic story related to these research areas, followed by presentation of current scientific development that could make the futuristic story come true. Despite the publication date and no edition since the first print, the contents well stand the test of time.
Read more
Helpful
Sending feedback...
Thank you for your feedback.
Sorry, we failed to record your vote. Please try again
Report abuse

See all reviews from the United States
Pages with related products. See and discover other items: harper lee books