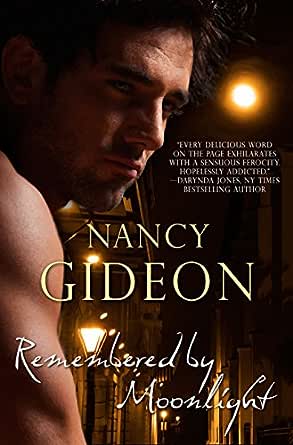 You've subscribed to By Moonlight! We will preorder your items within 24 hours of when they become available. When new books are released, we'll charge your default payment method for the lowest price available during the pre-order period.
Update your device or payment method, cancel individual pre-orders or your subscription at
Your Memberships & Subscriptions
There was an error. We were unable to process your subscription due to an error. Please refresh and try again. 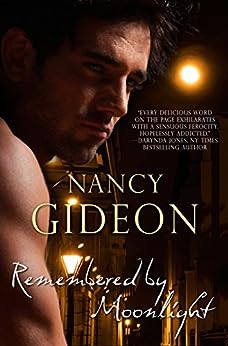 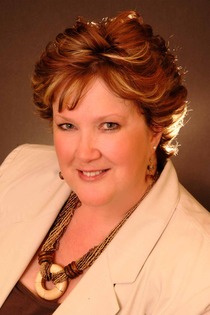 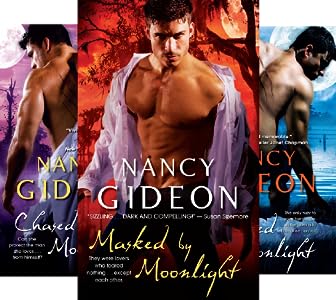 Sandra Hoover
5.0 out of 5 stars Sizzling, Sensuous, Intense
Reviewed in the United States on October 13, 2014
Verified Purchase
Remembered By Moonlight is an intense, emotionally charged story that continues the woes of Max and Cee Cee as they return to their high rise apartment, hoping that a familiar environment will help Max regain the memories he lost while held in captivity in The Chosen's lab. While Cee Cee yearns to resume the life with the mate she knew before his memories were erased, Max views her as a stranger, and for the foreseeable future, his prison guard. She's been warned to go slow, not to push, or risk losing him forever. They ease into a daily routine of two polite strangers, walking on eggshells around one another, while sleeping on opposite sides of the bed. And yet, the chemistry sparks between them as memories tease Max, lingering just out of his reach, aroused by things like the scent of Voodoo Love that permeates the air & infiltrates his defenses when Cee Cee is near. Nancy Gideon is a master at manipulating an emotionally charged atmosphere while building the sexual tension to a flame point between characters. She sets the pages of Remembered By Moonlight afire with the desires that blaze between Max & Cee Cee as they rediscover each other and the life they lost with the erasure of Max's memories. Can they move forward as mates & lovers? Even if Max never regains his memories? Max is resolved to finding the woman who stole his former life with the promise that she could/would return his memories, even if it means he must return to the lair of The Chosen in the north. Who is this woman with the face of his mother? Can he trust her?

While Max & Cee Cee struggle with learning to live with each other again, dangerous elements are taking root in New Orleans. Someone is selling high octane drugs to shifters, ramping up their rage & putting them on display for the whole world to see in an illegal shifter fight ring. Cee Cee joins forces with Silas, Nica, Alain and, recruited from out west, Cale Terriot, going undercover on a mission to discover the identity of the head man of the organization. Add the lethal power, wisdom, & preternaturally prowess of Max Savoie, and you have a force to be reckoned with. But can they really trust Max? Is he in control of his own actions, or is someone lurking inside his head, watching, listening. Is he really an ally or could he be their biggest threat?

Hang on to your seat as the angst is high, the action swift, the romance sizzling hot! Remembered By Moonlight is like a family reunion with a who's who list of all your favorite characters from previous books joining forces. But make no mistake about it - The big dog is back! This is Max's story, unfolding as he rebuilds the life and memories stolen from him, doling out his own brand of punishment on those that dare threaten his city, clan, or loved ones - even though he doesn't remember them.

Remembered By Moonlight is firing on all cylinders - it sizzles with love scenes that will have you seeking a cold shower, fast-paced action that will keep you on the edge of your seat, and an ending that will leave you sighing, smiling while wiping a tear, and asking the same thing I did - Nancy, how long until the next one?! Moonlight fans - You will love this book! Fans of paranormal romance, urban fantasy, suspense, and romance, this is a Must Read! A Page Burner!
Read more
7 people found this helpful
Helpful
Report abuse

Kindle Customer
5.0 out of 5 stars This book will rock your reading world!
Reviewed in the United States on October 21, 2014
Verified Purchase
REMEMBERED BY MOONLIGHT bursts from the pages of this book with the intensity of molten lava, weaving a fiery path of danger and death through the dark, fog-filled alleys and shadowy docks of New Orleans and into the secret Shifter clans that complicate the lives of shapeshifter Max Savoie and the woman who claims to be his mate. Only Max doesn't remember her or the past that ties them together. Charlotte (Cee Cee) Caissie, the tough-as-nails New Orleans cop whose love for Max defies all the rules of law and order, will do whatever it takes to recover Max's stolen memory and restore the passionate love they once shared.

Every page of the book burns with the intensity of Gideon's magical story-telling talents. Every plot twist has an unexpected turn leading to startling events. Every moment the two are together sizzles with sexual tension as they fight an unforeseen enemy in the quest to unlock Max's past. . .and his memory. But Max and Cee Cee each have secrets that must be revealed before they reach the ultimate fulfillment of their love.

This book is 5-star all the way! A Gideon masterpiece of thrilling romance and heart-stopping suspense that will take your breath away and leave you wanting more.
Read more
2 people found this helpful
Helpful
Report abuse

Fans of the sizzling Moonlight series by Nancy Gideon have been waiting a while to find out what happened to sexy Max Savoie, the New Orleans crime boss turned hero and his lady love the brazen homicide detective Charlotte Caissie.

Nancy Gideon writes one-hell-of a story and she has created a great series beginning with  Masked by Moonlight , where we first meet Max Savoie and Charlotte Caissie.

I was pleased to see Remembered by Moonlight released. I enjoyed the story very much and for some of the same reasons I was hooked after reading the first book which I think is still my favorite. (Big nudge -If you haven't already, start at the beginning and read Masked.) I believe this book can easily stand alone. However, since I have read the four previous Max and Cee Cee stories I definitely felt like I was back for a visit with friends.

While you might think a shape-shifting crime boss an unlikely hero. I disagree. His character is masterly written - from one scene to the next, his ambiguous actions and conflicted emotions keep the reader turning the page. Max can't be pigeonholed. Ironically, I want to say "he's only human" -flawed, but making the effort to grow and change. I love how vulnerable and sweet he can be, and then when necessary, hard and impenetrable.

For me, the end was a bit abrupt and I would have liked to have had some of the story lines tied up. But Nancy Gideon did what any savvy author should do. She left the door wide open for the next book(s). Which I hope will be here sooner than later. There are secrets that need to be revealed and mysteries to be solved to give her readers some closure.

Shirl B
5.0 out of 5 stars Cannot read these stories fast enough!!!
Reviewed in the United States on May 22, 2017
Verified Purchase
An absolutely amazing series!!! The story of Max and Charlotte with their friends and unfolding family continue at lightening speed! Cannot read these stories fast enough!!! New alliances with Guedry's and the Terriot's in the battle they all face from the North. With the appearance of Max's aunt -(friend or foe?) along with the different shifter groups aligning things are getting down right intense!! I do not want to ruin this for anyone - just READ THE ENTIRE SERIES - you won't be disappointed!!!
Read more
One person found this helpful
Helpful
Report abuse
See all reviews

Voluptuous Val
5.0 out of 5 stars Wow!
Reviewed in the United Kingdom on February 3, 2020
Verified Purchase
Each story in the world of Charlotte Caddie and her lover, Max Savoie, just gets better and better as more of their past is peeled away and they learn who and what they are. Yet through it all, their love is unquestionable and undeniable, even though Max has had his memories stolen, he still loves Charlotte with a passion. We are also reintroduced to a magnificent cast of characters who are brought together to find out who is selling some very dangerous drugs to the shifter community. Cale Terriot is brought in for this and although there's bad blood between him and Silas and Nica, two other strong characters, we hope this role that Cale takes on will go some way to placate Silas. This novel is rich with plots, subplots and a varied cast of characters from previous novels. It would benefit the reader to have read the previous novels to fully understand the intricacies of this novel. I just loved it and I was somewhat surprised at certain negative comments made about the disjointed nature of this novel. Totally disagree and I await with baited breath the next book. What an author! Charlotte and Max rock! So do the other characters!!
Read more
Report abuse

Miss Read A lot
2.0 out of 5 stars had hoped for better
Reviewed in the United Kingdom on December 8, 2014
Verified Purchase
Little disappointing. Not as easy to read as the earlier books in the series. Story was very disjointed and Felt forced. Had hoped for getter
Read more
Report abuse

As outside dangers to their shifter clan mount, Max and Cee Cee decide that the only way to get back to the life and love they once knew is to fight back to protect their love and their friends and family.

The supporting cast in the Moonlight series are all here, with the addition of Cale Terriot our hero from Prince Of Shadows. We see old bonds reinforced, new bonds made and old grudges made public.

Nancy Gideon's latest is just pure magic and totally brilliant! I can't wait to see where she takes us next.
Read more
Report abuse
See all reviews