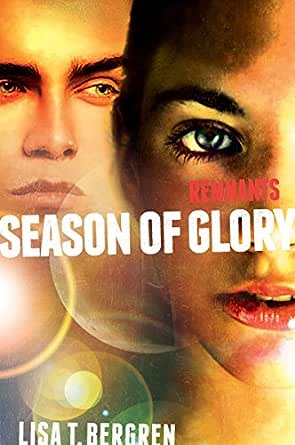 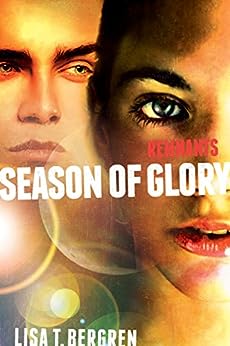 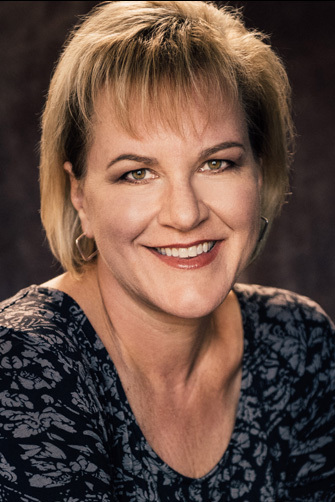 Lisa T. Bergren is the author of over forty books, with a combined count of nearly three million copies sold.  She has written bestselling children’s books, award-wining YA (River of Time Series: Waterfall), popular historical fiction, contemporary fiction, women’s nonfiction, and gift books.  She is a writer residing in Colorado Springs, CO, with her husband and three children.  You can find out more about Lisa at LisaBergren.com.

4.7 out of 5 stars
4.7 out of 5
82 global ratings
How are ratings calculated?
To calculate the overall star rating and percentage breakdown by star, we don’t use a simple average. Instead, our system considers things like how recent a review is and if the reviewer bought the item on Amazon. It also analyzes reviews to verify trustworthiness.
Top reviews

Olwyn W.
5.0 out of 5 stars Sleep is overrated, read this book!
Reviewed in the United States on May 2, 2019
Verified Purchase
This is a novel that awakens the heart and soul to purpose, love, hope, and courage. I started this series 4 days ago and have finishes all three books. The wisdom and genius of Lisa in writing this series shows great understanding of the human heart and our desire to be made for more and the truth that we are. The book as a novel does not disappoint, the ending leaves you content. I was so challenged over and over again to remember the power of forgiveness and grace and the need to offer those truths to myself. I think this series is fantastic for teenagers and grownups to read and one that encourages you to be more then what you feel in a world run by feelings. Dri really grows in her courage and humility in this book, her faith blossoms. You really can identify with her and her struggles But with each mistake and victory you learn more and more that the true battle is fought in the heart and mind, victory is to be grounded in truth. This series is a Christian series but a excellent read for anybody who wants an exciting, adventurous, heroic book that keeps you up when you should be sleeping.
Read more
Helpful
Comment Report abuse

rz06g4
4.0 out of 5 stars Enjoyable series
Reviewed in the United States on March 21, 2016
Verified Purchase
Season of Glory is the final book in the Remnants series. After traveling throughout the Trading Union and spreading word of the Way, Andrianna and her friends are facing their final battles in the hope of defeating Sethos and the Sheolites. Andrianna, Ronan, and Kelleach are battling dark forces – externally and within themselves – in an attempt to follow the teachings of the Way and in trying to follow the Maker.

When I started this series, I was captivated by the description and had absolutely no clue that it was so deeply faith/Christian based. Throughout the series, and heavily in this third book, it is drilled into the reader over and over to not forget the teachings of the Way and give yourself/trust in the Maker. Not being a deeply religious person myself, one could easily see how the repetition of this message over and over could turn a reader off. However, if you put aside the religious theme and focus on the fantasy, world-building, magic, characters, and romance… well, it is very much worth reading. I still cared about the characters, the tough decisions they face interpersonally and when it came to facing their enemies. I was invested when wrong actions were taken or when people were emotionally hurt or struggling.

Besides all the religiousness, the other aspect of bother I would cite is that the ending seemed to just drop off at the end. I think more pages could have wrapped it up more nicely. But we are treated to an Epilogue, and I feel like the appropriate conclusion was delivered. The writing and story is great, so I would still very much recommend this book to readers of YA fantasy.

April
5.0 out of 5 stars Excellent!
Reviewed in the United States on March 11, 2016
Verified Purchase
A sweeping, engaging and long awaited conclusion to the Remnants Series! I had to go back and skim through the end of Book 2 to refresh my memory. I have to say, this is a series I really wish I could have read the books back to back! Still, even without the previous novel fresh on my mind, I was quickly swept up into the continuing saga.

Bergren has not only managed to write an engaging story, filled with light and truth but one that gives you some deeper personal truths to linger upon. These characters struggle, fail and rise again, just as we all do. None of us, perfect; all of us sinners. And yet, we are called, chosen and when we surrender, supernaturally empowered to live beyond ourselves by our Maker. I love how organically Bergren wove these truths through out the story, as well as those of forgiveness, grace and true love.

The story, the characters, the action and suspense, and the romance were all top notch! A thrilling and delightful series, that will keep you on the edge of your seat and one not to be missed! Highly recommend this one!
Read more
One person found this helpful
Helpful
Comment Report abuse

Cathy Russell
5.0 out of 5 stars Remants was a great surprise.
Reviewed in the United States on July 20, 2017
Verified Purchase
Remants was a great surprise. I picked up the first of three book in cd format and started listening to the story of the remnants and their preparing for years for the call of the maker to free their land. Great story of good and evil and the gifts the maker puts in all of us. Aurthor is very skilled at weiving a story to keep you guessing what the next step in the adventure will be. I would recommend it to those who like fiction and adventure with some wonderful value lessons within.
Read more
Helpful
Comment Report abuse

Kandy H. Bennett
5.0 out of 5 stars The Remnants Series
Reviewed in the United States on June 30, 2017
Verified Purchase
Lisa T. Bergen is such a gifted writer. She develops characters to love and those to despise. These 3 books are a creative blend of sci-fi, romance, adventure, and dystopian. The battle scenes are riveting.
The compelling story of The Maker weaves in and out of all 3 books and how He is the source of all true love, peace, and joy. I love all of her books, but these have more edge to them than others she has written.
Read more
One person found this helpful
Helpful
Comment Report abuse

Jennifer Bajalia
5.0 out of 5 stars Incredible finale
Reviewed in the United States on March 16, 2016
Verified Purchase
She does it again! With all of the incredible books she has written, Lisa T. Bergren blows me away with this one. The way that Dri evolves as a character in her walk with the maker really impacted me. The way that she uses fiction to speak such lessons of life into my heart was profound. Neiro was able to have a voice in this book that brought everything she had been intricately building in the last two books perfectly together. What an incredible finale to the trilogy. I waited a year for this book and it was totally worth the wait. These characters came alive and will not quickly be forgotten. If you are looking for an incredible inspirational book to read, look no further, you will not only love this series, but will be sharing it with you friends!
Read more
One person found this helpful
Helpful
Comment Report abuse

Kindle Customer
5.0 out of 5 stars Excellent
Reviewed in the United States on June 6, 2017
Verified Purchase
The whole story is very good. Moving, learning, believing, exciting, enduring, and loving. Sheash the whole series was very very good. Didn't want it to end. I know that there can be some more that the characters can do, but I'm satisfied with what that I have!
Thanks you very much for it all.
Read more
One person found this helpful
Helpful
Comment Report abuse

LuvsGreatBooks
5.0 out of 5 stars Great read
Reviewed in the United States on September 8, 2017
Verified Purchase
I love this series! Sometimes, a Christian needs creative story telling to recognize truths in our own lives. I will miss the Ailith, and most assuredly will be re-reading this series in the future.
Read more
One person found this helpful
Helpful
Comment Report abuse
See all reviews

Gillian Mary Bediako
5.0 out of 5 stars A finale that does not disappoint
Reviewed in the United Kingdom on March 24, 2016
Verified Purchase
A fitting finale to a series that, besides being a gripping story, evokes fresh visions of spiritual reality and provokes serious thought about life and how it may be lived to the full
Read more
Report abuse

L Koepke
5.0 out of 5 stars Conclusion of Remnants Series
Reviewed in Canada on August 30, 2018
Verified Purchase
Loved this series--an excellent allegory of the fight between Good and Evil and some very applicable truths!
Read more
Report abuse
See all reviews