Renaissance Self-Fashioning: From More to Shakespeare and millions of other books are available for Amazon Kindle. Learn more 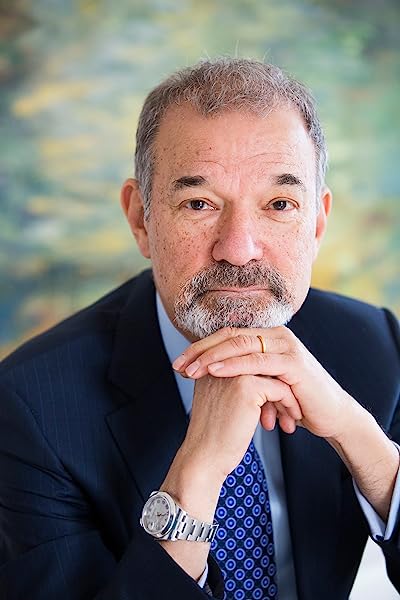 by Professor Stephen Greenblatt (Author)
4.3 out of 5 stars 37 ratings
See all formats and editions
Sorry, there was a problem loading this page. Try again.

Renaissance Self-Fashioning is a study of sixteenth-century life and literature that spawned a new era of scholarly inquiry. Stephen Greenblatt examines the structure of selfhood as evidenced in major literary figures of the English Renaissance—More, Tyndale, Wyatt, Spenser, Marlowe, and Shakespeare—and finds that in the early modern period new questions surrounding the nature of identity heavily influenced the literature of the era. Now a classic text in literary studies, Renaissance Self-Fashioning continues to be of interest to students of the Renaissance, English literature, and the new historicist tradition, and this new edition includes a preface by the author on the book's creation and influence.

"No one who has read [Greenblatt's] accounts of More, Tyndale, Wyatt, and others can fail to be moved, as well as enlightened, by an interpretive mode which is as humane and sympathetic as it is analytical. These portraits are poignantly, subtly, and minutely rendered in a beautifully lucid prose alive in every sentence to the ambivalences and complexities of its subjects."—Harry Berger Jr., University of California, Santa Cruz
Read more
Previous page
Next page

"One day we were teaching Renaissance literature to small groups of somewhat bored students, the next "Renaissance Self-Fashioning "had appeared, and suddenly studying the Renaissance was all the rage, exciting and new. Stephen Greenblatt's book entirely altered the critical landscape-showing with compelling lucidity that social anthropology and psychoanalysis were essential tools for understanding Renaissance writing. I can't think of any other critical work since T. S. Eliot to have made that kind of impact."

Stephen Greenblatt is the John Cogan University Professor of the Humanities at Harvard University. He is the author of many books, including Hamlet in Purgatory, Will in the World: How Shakespeare Became Shakespeare, and The Swerve: How the World Became Modern, winner of the Pulitzer Prize and the National Book Award.

Start reading Renaissance Self-Fashioning: From More to Shakespeare on your Kindle in under a minute.

Daniel J Patton
5.0 out of 5 stars Excellent experience!
Reviewed in the United States on December 7, 2019
Verified Purchase
Book was as advertised. Very pleased. Received well within timeline disclosed. Will order from these folks in the future!
Read more
Helpful
Report abuse

Jeffrey R. Myers
5.0 out of 5 stars A Masterpiece!
Reviewed in the United States on March 21, 2014
Verified Purchase
This was Greenblatt's masterpiece that made a big splash when it first appeared. Since then, theoretical fashions have come and gone, but this remains one of the most insightful and enjoyable books on the period. A classic.
Read more
2 people found this helpful
Helpful
Report abuse

Martin Asiner
5.0 out of 5 stars History as Literature--Literature as History
Reviewed in the United States on November 19, 2015
When Stephen Greenblatt published Renaissance Self-Fashioning in 1980, deconstruction had been flowing through America's colleges and universities for more than a decade. The New Criticism had long been relegated to the literary trash heap of interest only for its still useful methodology of close reading. Structuralism was another casualty of Jacques Derrida's demolition of a liberal humanism that had marked western discourse since Plato. Post-structuralism was the newest means to interrogate texts in a manner that would have profoundly shocked Matthew Arnold who held that a book's meaning was a sacred and originary link between author and reader.

The term proper "new historicism" was still a few years away from a widespread verbal coinage. Greenblatt used "self-fashioning" as a sort of pre-new historicist wedge to shrink a text's purported autonomy and expand the role of the de-legitimated voices lurking in the margins of literary and historical texts. For a Renaissance scholar like Stephen Greenblatt, the notion of self-consciousness was ripe for an overhaul. He noticed that prior to the sixteenth century, self-consciousness had remained a remarkably stable concept for centuries. It was assumed to be stable, progressive, and autonomous, in short the antithesis of the very logocentric bulls-eye that Derrida had assailed in his various essays and books. Greenblatt noted with satisfaction a quote from a philosophical soul-mate Clifford Geertz: "There is no such thing as a human nature independent of culture." Greenblatt in the years to come would add that anything that the human mind could construct from artifact to the printed word would have a similar limitation. But in Renaissance Self-Fashioning, he would begin to overturn the "old" historicism with a novel definition of the self.

He would begin with a fresh look at "culture." Culture could no longer be seen as a totalization of human abstractions like custom, usage, tradition, and habit clusters. Now for Stephen Greenblatt, culture had to be viewed under what he saw as a burgeoning Renaissance sixteenth century prism of culture as a "control mechanism" that governed human behavior. It is this concept of "control" that forms the core of all new historicist thought. Control implies power but not the raw power that most think of. In the discourses of Michel Foucault, power is softer and less obstrusive than the head-bashing version that sticks in most people's minds. Foucault's power is web-like, wending its way through all strata of human endeavor. Those who control power tend to live lives centered at the hub of their culture. Those who endure power tend to live marginalized lives at the periphery. Greenblatt assimilated this Foucaldian hybrid of power to postulate a means by which the disenfranchised--the gays, the insane, the deviants--would find a forum from which they could verbalize their long repressed voices.

In the six essays that comprise Renaissance Self-Fashioning, Stephen Greenblatt presents a view of the culture behavior matrix that constructs a mutually engaging human consciousness that is at once shaped by its environment and shapes it in turn. This brings in the chicken or the egg conundrum. If human consciousness is both source and result of this matrix, where then does free human will lie? The key words here of course are "free" and "will," with neither having autonomous existence. In the new historicist world of Stephen Greenblatt, nothing is "free." Everything is subject to endless negotiation, and "will" is nothing more than a catch-all amorphous phrase that has tendrils of thought flowing in and out of human consciousness so subtly that one never knows whether any one thought is truly originary (a Greenblattian impossibility) or merely the latest result of a nearly infinite loop of negotiations of which one is very likely totally unaware. In his introduction, he introduces the phrase poetics of culture, which he thinks of as a balancing act between customs/institutions and the interpretive constructions society applies to their experiences.

Greenblatt applies this balancing act to More, Wyatt, Spenser, and Marlowe and sees a common denominator in the mutuality of the self-consciousness hybrid. All three are non-titled middle-class writers, a fortuitous designation that prevents them from being indelibly rooted into an autonomous bear hug of impermeable cultural identity. He also sees a parallel between self-fashioning (as an early version of new historicist dominance and subversion paradox) and submission to an absolute power or authority. Greenblatt would later drop this emphasis on submission to some threatening alien authority in favor of creation of a national self-identity that deliberately seeks to undermine itself so that this undermining comes close to but never quite succeeds in eliminating the royal ethos as a continuing entity. He would later pick up this thread of creation through seeming submission in Shakespearean Negotiations, when he sees the Prince Hal/Falstaff rascality duo as strengthening the monarchy even as it seemingly appears to subvert it. Thus, Renaissance Self-Fashioning sets out the initial groundwork for a theory that in just a few more years would become the most dominant discourse of the twentieth century.

Marc F. Liotta
1.0 out of 5 stars A Kind Review
Reviewed in the United States on April 15, 2014
Verified Purchase
Spectacularly disappointing. The author must have gone to a special school to learn how to obscure literary material. I had to search through it to find one intelligible idea. And, in case anyone cares, I've spent 50 years working on the concepts and literature that this book pretends to address.
Read more
Helpful
Report abuse

Robert Alpert
5.0 out of 5 stars Not falsifiable,therefore opinion hidden as theory
Reviewed in the United States on December 26, 2000
I admire this book greatly and give it 5 stars for the way it made me reread important renaissance writings. Greenblatt's stories are engaging and his writing all things considered is good for an academic. But New Historicism suffers from the disabilities of all of the new "isms"--it dispenses with evidence or rather decides what counts as evidence. Rather like the man who went to a psyciatrist claiming he was dead. "Do dead men bleed?" asked the psychiatrist "Of course not" said the patient wherupon the Psychiatrist poked him with a needle and drew blood. "What do you know" said the patient "Dead men DO bleed!" Karl Popper argued that if an argument cannot in principle be proved wrong it is not an argument. This is Greenblatt's problem
Read more
22 people found this helpful
Helpful
Report abuse
See all reviews

LittleJohn1
4.0 out of 5 stars Important view of the English renaissance
Reviewed in the United Kingdom on July 7, 2019
Verified Purchase
Historically important piece of new historicist criticism but rather hard going at times.
Read more
Report abuse

Satisfied cutomer!
5.0 out of 5 stars Packed with information.
Reviewed in the United Kingdom on May 31, 2020
Verified Purchase
Very interesting academic study. Great for students of history and psychology.
Read more
Report abuse

nell uk
5.0 out of 5 stars good to have it
Reviewed in the United Kingdom on January 13, 2016
Verified Purchase
A classic, good to have it.
Read more
Report abuse

Kalyan Ray
5.0 out of 5 stars Superb Greenblatt.
Reviewed in India on March 11, 2019
Verified Purchase
Fabulous and fascinating.
Read more
Report abuse
See all reviews
Back to top
Get to Know Us
Make Money with Us
Amazon Payment Products
Let Us Help You
EnglishChoose a language for shopping. United StatesChoose a country/region for shopping.
© 1996-2021, Amazon.com, Inc. or its affiliates