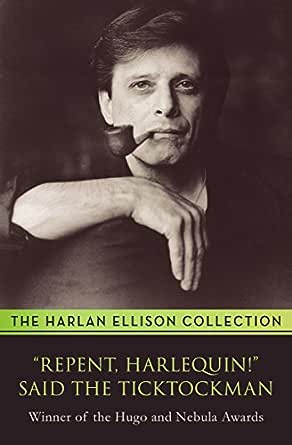 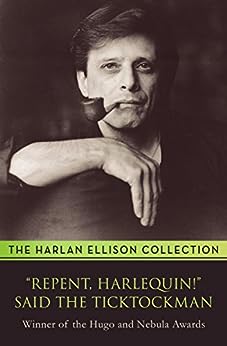 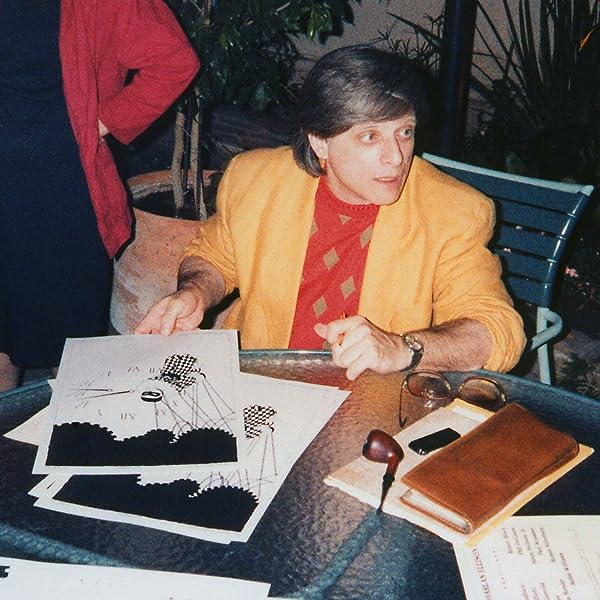 DIV>““‘Repent, Harlequin!’ Said the Ticktockman” is [one of the] must-read science fiction stories.” —SF Signal

Harlan Ellison has been called “one of the great living American short story writers” by the Washington Post. In a career spanning more than fifty years, he has won more awards than any other living fantasist. Ellison has written or edited one hundred fourteen books; more than seventeen hundred stories, essays, articles, and newspaper columns; two dozen teleplays; and a dozen motion pictures. He has won the Hugo Award eight and a half times (shared once); the Nebula Award three times; the Bram Stoker Award, presented by the Horror Writers Association, five times (including the Lifetime Achievement Award in 1996); the Edgar Allan Poe Award of the Mystery Writers of America twice; the Georges Melies Fantasy Film Award twice; and two Audie Awards (for the best in audio recordings); and he was awarded the Silver Pen for Journalism by PEN, the international writers’ union. He was presented with the first Living Legend Award by the International Horror Critics at the 1995 World Horror Convention. Ellison is the only author in Hollywood ever to win the Writers Guild of America award for Outstanding Teleplay (solo work) four times, most recently for “Paladin of the Lost Hour,” his Twilight Zone episode that was Danny Kaye’s final role, in 1987. In 2006, Ellison was awarded the prestigious title of Grand Master by the Science Fiction and Fantasy Writers of America. Dreams with Sharp Teeth, the documentary chronicling his life and works, was released on DVD in May 2009.

"My soul would be an outlaw," begins the storyteller in this short tale of the timeless war between Conformity and Rebellion, in the guise of the Master Timekeeper (a.k.a. the Ticktockman) and the renegade Harlequin. In a completely regulated society, where being a minute late here and there shortens your life accordingly, the Ticktockman is king; Harlequin is the jellybean joker who wants to knock him from his perch. Rick Berry's dark, lush illustrations magnify the force of a story that reminds readers of the best parts of George Orwell's 1984 or Terry Gilliam's Brazil. --This text refers to an alternate kindle_edition edition.

Though it is two years late, this oversized (9"x13"), illustrated 30th anniversary edition is a fitting tribute to a funny and touching masterwork. --This text refers to an alternate kindle_edition edition.
Read more

Kristian
5.0 out of 5 stars In praise of the eccentrics - the condensed version
Reviewed in the United States on January 14, 2017
Verified Purchase
This is my first exposure to Harlan Ellison (not counting viewing the classic Star Trek episode, 'The City on the Edge of Forever'), but it won't be my last. "Repent" is a short story, easily read in a single sitting, that decries the modern trend towards conformity - especially conformity and near slavery to the clock. My own reputation for never being punctual makes the Harlequin a personal hero to me, and most likely to the narrator, for the story reads as if the narrator is describing the alternate world where the Devil on his shoulder resides when his Trickster advice is not needed.

Ellison's language is as playful as his protagonist, and his pointed use of history, pop culture, and philosophy make this a densely packed gem. For any day dreamers longing for a more languid pace to life outside the tick tock tick tock that always drives us, this is a quick flight of fancy that should leave you well satisfied.
Read more
3 people found this helpful
Helpful
Comment Report abuse

Wholly_Cats
3.0 out of 5 stars I'm afraid I didn't quite find the story in this one.
Reviewed in the United States on December 10, 2018
Verified Purchase
I love Harlan Ellison in interviews. I loved him hosting radio. I love the shows that used his scripts. His reputation is larger than life. And I finally got around to reading him. So I don't get why I didn't get this. I found it to be more of a ramble than a story. I don't get these five star reviews for this piece. So don't listen to me. Judge for yourself. I think I was expecting something a bit more traditional perhaps. It may be he has been around the block so often that he could think in vast clusters without feeling the need to bridge things in a fuller way for those who might not take his concepts for granted. I don't know. I read this twice and this work comes across as a rant trying hard to be a profound story. Maybe as I read more of his stuff I'll slide into his style more.
Read more
Helpful
Comment Report abuse

Jutna
5.0 out of 5 stars Quick, interesting read.
Reviewed in the United States on August 19, 2018
Verified Purchase
This should be common sense / logical reasoning that everyone views the world differently, but as is pointed out in this story, the masses do not have common sense and are willing to let a small group do all the reasoning. A story like this can start a debate that can last years. Stories like this are necessary to remind us that life is short, Life is fun, Life is singular and it is ours alone.
Read more
Helpful
Comment Report abuse

Mongoet
5.0 out of 5 stars Repent!
Reviewed in the United States on August 28, 2016
Verified Purchase
I love Harlan Ellison. When I was much younger, while I was waiting for my boyfriend to pick me up, I picked up this story and started to read. My friend came and left. I stayed home and finished reading. When I pick up Harlan, I don't put him down. You find yourself immersed inside his plots and have to follow them to the end. Or, maybe that's just me. Read this. You'll love it!
Read more
Helpful
Comment Report abuse

ZombieSpaceshipSerenity
5.0 out of 5 stars An excellent short story.
Reviewed in the United States on June 24, 2018
Verified Purchase
I had never read anything by Harlan Ellison until now and I am quite impressed. What an extraordinary writer he is. I think this story was an excellent introduction to his writing for me. I definitely plan to read more from him soon.
Read more
Helpful
Comment Report abuse

Paul D
5.0 out of 5 stars Still my favorite short ever.
Reviewed in the United States on February 23, 2019
Verified Purchase
I first read this in Jr High School and again in college. Many times since. It’s a masterpiece by the master. Strongly encouraged for any Lit course or just plane mandatory reading.
Read more
Helpful
Comment Report abuse
See all reviews